Long lines of vehicles waited outside a community health center in Miami-Dade Wednesday as it offered patients drive-through testing for coronavirus. 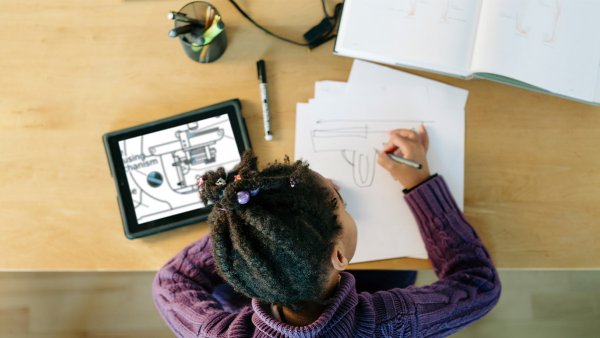 At the center, half a dozen healthcare workers in protective gear were there to greet the line of cars Wednesday. Dr. Jana Cua, who happens to work at the facility, arrived as a patient.

"I obviously have a lot of contact with patients but I do believe the most likely way that I may have contracted it is through the UM foreign exchange students who live in my building," Cua said.

Dr. Tony Abraham, a psychiatrist, was also waiting in line and offered some advice.

“There's not a lot to panic about but at the same time do not take it lightly, there's a middle ground there that I think we can all agree that we need to get to, because most people I talk to, either they're panicking way too much or they're taking it too lightly," Abraham said.

Chopper 6 was over the scene in Southwest Miami-Dade

Patients should call 305-252-4820 before coming to the health center and should meet the following criteria:

Community Health says they expect to add a second testing location for patients at the Marathon Health Center.

This appears to be the first drive-though testing site for COVID-19 in Miami-Dade County.

Hard Rock Stadium in Miami Gardens was also designated as a future site for mobile testing and appeared to be setting up for testing Wednesday.

In Broward County, the Cleveland Clinic in Weston announced that drive-thru testing will begin Thursday at the Krupa Center at 3250 Meridian Parkway. The testing is for patients with scheduled appointments.

In addition, the Park and Ride lot at CB Smith Park in Pembroke Pines will also be the site for COVID-19 screenings by the National Guard.

Officials are asking for the park to be cleared by Thursday morning.

Broward Health is opening a mobile testing unit in Pompano Beach on Thursday. Patients must be registered before getting tested. To schedule a time, patients must have a doctors prescription and should call the Broward Health line at 954-320-5730.

Gov. Ron DeSantis said he was working to bring a drive-thru testing center to Broward County, the hardest-hit area out of the Sunshine State.

At a news conference Wednesday, DeSantis said the site was expected to open by the end of the week and would have 100 National Guard members with 5 separate lanes, including one just for first responders. He said the initial goal was to be able to perform at least a couple hundred tests per day.

The governor emphasized that even when more drive-through testing sites are up and running, it will only be for people who meet the CDC guidelines, healthcare workers and the elderly.

On Tuesday, Sen. Rick Scott called for every county in Florida to have mobile testing for coronavirus.