Hundreds of DUI cases could now be in jeopardy after a Miami-Dade police aide was accused of making a racial slur about a black sergeant who was arrested for allegedly driving under the influence.

Public service aide Pablo Espinoza allegedly directed the racial comment toward an attorney about his client Tracy Moore, who is also a Miami-Dade Schools police sergeant.

Defense attorney Michael Catalano says Espinoza grabbed him by the arm, laughed and said, "hey you know your client really looks like a monkey sitting there." 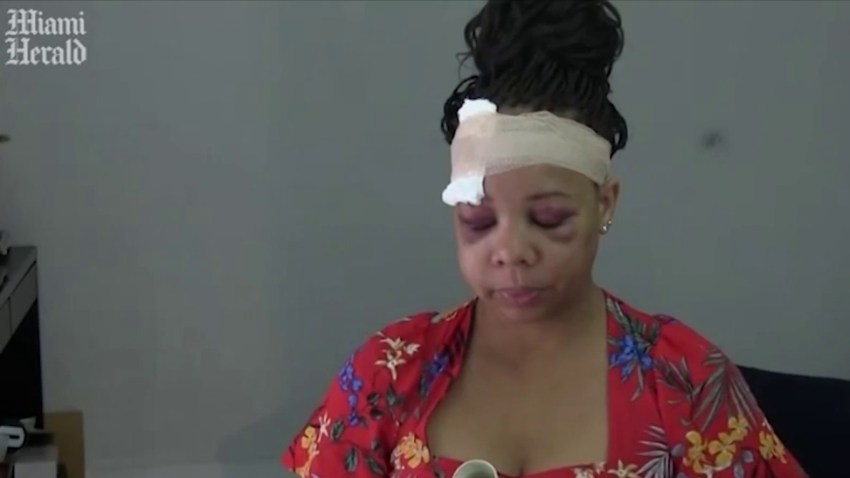 "I do not appreciate that and I’m not happy about it,” Catalano said. “My client is livid.”"

Catalano says Sgt. Moore was arrested for driving under the influence in June and was the target of Espinoza’s comments. He also says he provided text messages that show Espinoza apologizing for making the alleged racist comments.

Miami-Dade Police released a statement saying that Espinoza has been “re-assigned to administrative duties pending the outcome of an internal investigation into the alleged conduct.”

Sgt. Moore’s charges were recently upgraded to include felony child endangerment because her kids were in the car at the time of her arrest. The school district has plans to begin the process to fire her, but her attorney is fighting the charges.

Catalano says the breathalyzer test was off due to her undergoing gastric bypass surgery, and that two police officers stated under oath that she was not impaired.

Miami-Dade Police released a statement saying that Espinoza has been “re-assigned to administrative duties pending the outcome of an internal investigation into the alleged conduct.”

Espinoza’s duties include testifying in DUI hearings about the accuracy and maintenance of police breathalyzer machines used to arrest impaired drivers.

It was not made clear exactly how many DUI cases could be affected, including Sgt. Moore’s.