A Miami-Dade Police officer is facing charges after authorities say he stole expensive watches and jewelry as DEA agents executed a search warrant.

Det. Karel Rosario is facing charges of grand theft and dealing in stolen property, according to the Miami-Dade State Attorney's Office. It was unknown if he has an attorney. 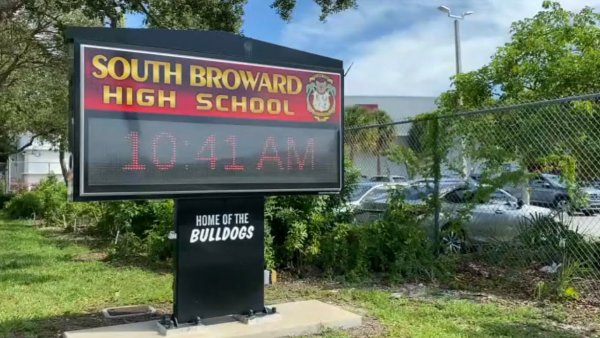 Officials said the theft happened on May 20, as agents executed the search warrant at the home of Yulia Martinez, who was taken into federal custody and later bonded out of jail.

No receipts had been left at the home specifying that the items had been seized.

Days later, Rosario met with jeweler Joel Hernandez at the Seybold Jewelry Building to sell a Cartier watch and bracelet, authorities said. Hernandez said he wasn't interested in the items but posted photos of them on WhatsApp to see if other jewelers might be interested.

Another jeweler, Joel Vigo, contacted Hernandez and told him he had sold the Cartier watch with the custom diamond bezel and bracelet to Martinez's husband. Vigo then contacted Martinez and the State Attorney's Office and Miami-Dade Police began an investigation, which led them to Rosario.

An undercover officer posing as a potential buyer contacted Rosario, and they met at the New Golden Jewelry store, where the undercover officer agreed to pay $17,000 for some of the jewelry, authorities said. Rosario was taken into custody.

"Good police work always depends on an officer’s honesty and integrity. Honesty and integrity are the core values of every effective police agency," State Attorney Katherine Fernandez Rundle said in a statement. "Detective Rosario’s stealing makes him no different than the thieves he would apprehend. This is a sad day for the law enforcement community."