In her 27 years as Miami-Dade State Attorney, incumbent Katherine Fernandez Rundle has never brought charges against a police officer for an on-duty killing.

Now, a wave of protests after a Minneapolis man died in police custody sparked a national conversation that could shake up what once was a sleepy reelection race.

The challenger, Melba Pearson, plans to make Fernandez Rundle’s record on police accountability the focal point in her quest to replace her.

“The community sees this and there’s this sense that certain people are above the law. That there is no accountability. That is the reason why people are in the streets right now protesting that lack of accountability,” said Pearson. 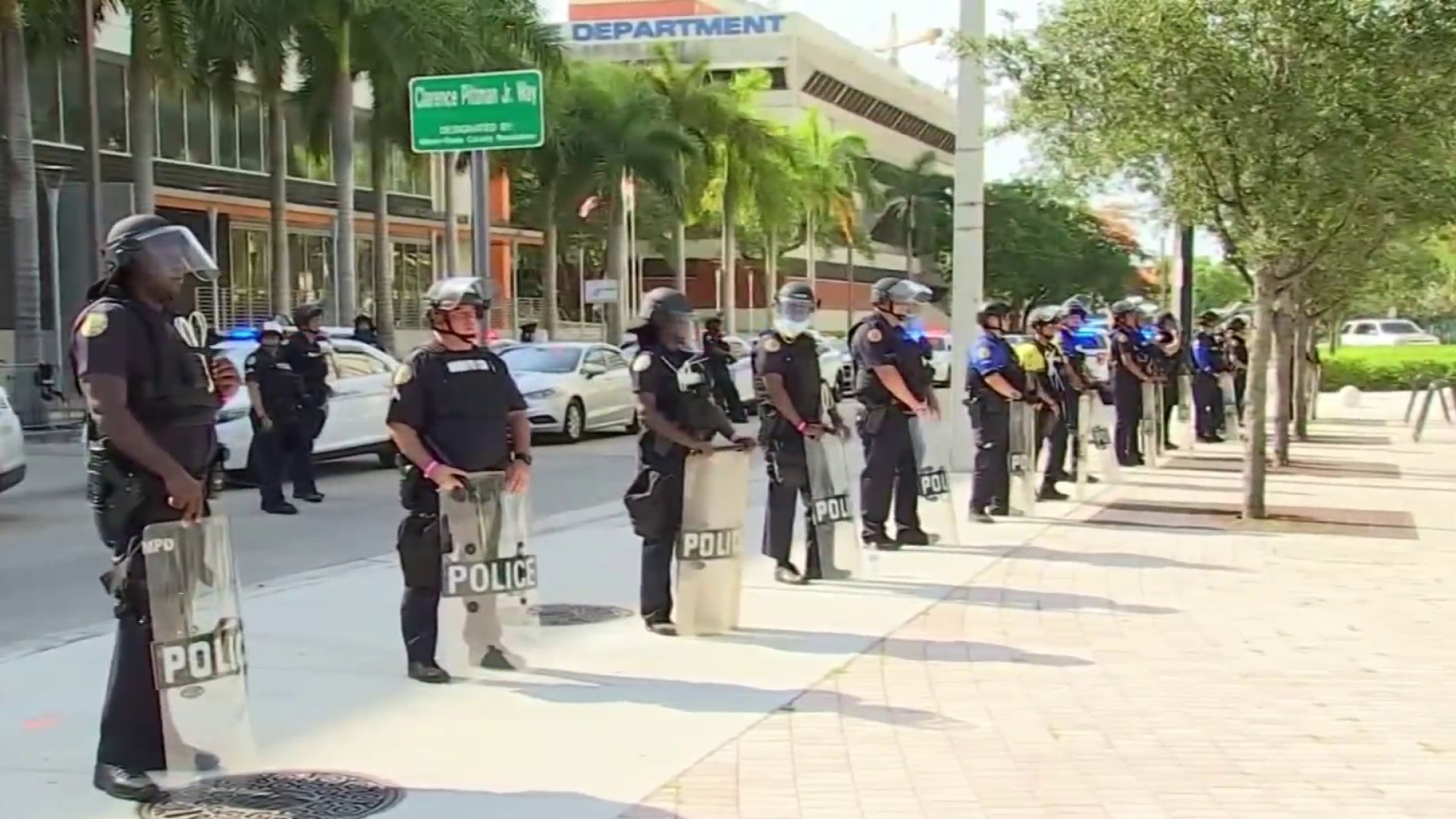 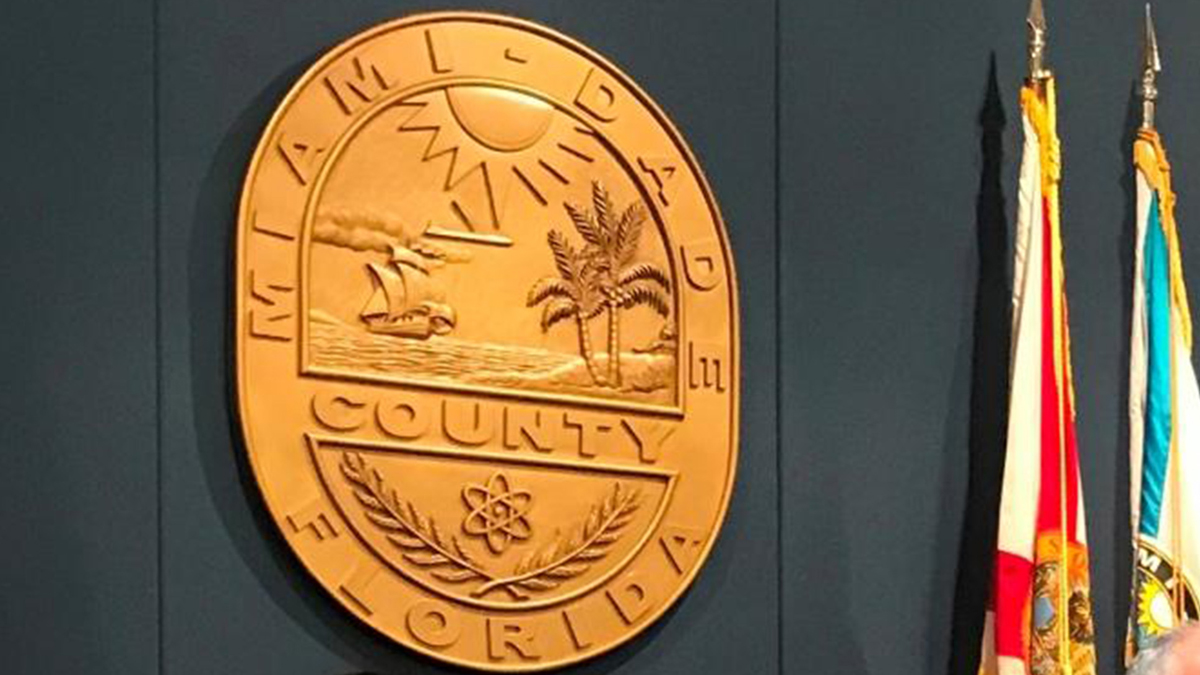 Florida laws like the Officer’s Bill of Rights and the Stand Your Ground law make it difficult to successfully bring a case. Fernandez Rundle told NBC 6 those laws get in the way of all prosecutors in Florida. In the past thirty years, she says, only one Palm Beach County case landed in a conviction.

“The law is written in such a way to really give a lot of latitude to police to protect themselves and others. A lot of it deals with evidence. You know, sometimes we say, it’s so awful but it’s lawful,” said Fernandez Rundle.

Political experts used to think this was a walkaway race for Fernandez Rundle, who has won re-election six times after being appointed to the post in 1993. Her predecessor, Janet Reno, was appointed to be U.S. Attorney General under President Bill Clinton. If the wave of protests turn into votes, the race could become competitive.

Both candidates are Democrats. It is an "open primary" on August 18th, meaning both Republicans and No Party Affiliation voters will also have this race on their ballot. There is no November election for this race; the decision will be in August.

Pearson used to work as a prosecutor under Fernandez Rundle and then left to be the deputy director of the ACLU in Miami.

There are around a dozen police shootings every year in Miami-Dade County. Many times the officers' actions are justified.

Critics of Fernandez Rundle point to the death of prison inmate Darren Rainey, who was left for two hours in a hot shower. Prosecutors concluded he died accidentally in part because of heart disease and suffered no burn injuries, pointing to a medical examiner's report.

Then, there’s the recent news of Miami-Dade police officer Ronald Neubauer, who shot a foster child thinking he pulled out his taser instead of his gun. Prosecutors determined the officer was “clearly negligent” but “simple negligence is not enough to convict a person of a crime.”

Pearson said she would direct prosecutors to bring cases even if the law is stacked against them - in order to send a message that she takes these cases seriously. She said the incumbent is not currently doing that.

“I’d be asking my prosecutors. Try your best. Give your all. Don’t be afraid. Sometimes you win. Sometimes you lose. It sucks to lose but again it’s about sending that message to the community that we are going to try on your behalf,” said Pearson.

The incumbent defends her record.

“Fifty percent of the time we’re making a decision that somebody disagrees with. I always say we’re making somebody unhappy. But our job isn’t to make everybody happy. Our job is to be faithful to the evidence, the truth, the law and our ethical obligations,” said Fernandez Rundle.

Fernandez Rundle told NBC 6 she’s charged more than 500 police officers, on and off duty, with misdemeanors and felony charges in her time. Those include: a City of Miami police officer convicted of battery for slamming a hospital administrator to the ground, a City of Miami officer sentenced to six years in state prison for pulling people over to steal from them, a Miami-Dade police detective convicted of trafficking in stolen property for stealing jewelry, and a Miami Beach officer convicted of reckless driving for running people over with an ATV.

Then there’s the case of Jonathan Aledda, a North Miami police officer who was convicted of culpable negligence for shooting Charles Kinsey, an unarmed man. The first trial in March 2019 ended with the jury deadlocked on three counts and let him off on the misdemeanor of culpable negligence. Four months later in another trial, Aledda was cleared of the felony counts but convicted on the culpable negligence count. A judge gave Aledda probation. Fernandez Rundle points to this case as her effort to go above and beyond when police officers act out. Pearson points to the case as taking too long and accepting too lenient of a charge.

The State Attorney’s Office currently is prosecuting Lester Brown, a Homestead officer who pushed a handcuffed man’s head into a wall, and Miami-Dade police officer Alejandro Giraldo, who slammed a woman to the ground after she was a victim of an aggravated assault with a firearm. Those officers are fighting the ongoing case and believe they acted appropriately.

The election for Miami-Dade State Attorney is August 18th.