Miami Mayor Francis Suarez held a press conference Friday to send a warning that rowdy crowds and “lawlessness” would not be tolerated in the city this weekend after law enforcement has struggled with masses of tourists in South Beach.

“In the city of Miami, we’re prepared for the possibility of a surge of people in some of our neighborhoods,” Suarez said, noting that the road closures and curfew in place in the entertainment district may drive partygoers into other areas.

“Thankfully there were no incidents last week, and we’re hoping that the messaging about curfews has reduced the capacity of people coming to our cities," Suarez continued. "We will not tolerate any sort of property destruction, this is not gonna be something that will create national headlines."

Deputy Police Chief Ron Papier said that the department had brought in additional officers to work throughout the weekend.

“We have them on bicycle, undercover, and even tactical officers in the event that we get larger crowds overtaking the streets,” Papier said.

PRESS CONFERENCE: Miami Mayor Francis Suarez held a press conference Friday to send a warning that rowdy crowds and “lawlessness” would not be tolerated in the city this weekend after law enforcement has struggled with masses of tourists in South Beach.

He asked that local residents be mindful of road closures in Miami Beach and stay away from the area if possible.

“If you want to come and have vacation in the city of Miami, you’re welcome to come and enjoy the hospitality, but we’re not gonna tolerate any disorder,” the chief said.

Papier also reminded that Miami-Date County still has a midnight curfew in place, so restaurants and bars in the City of Miami should be shut down by then. 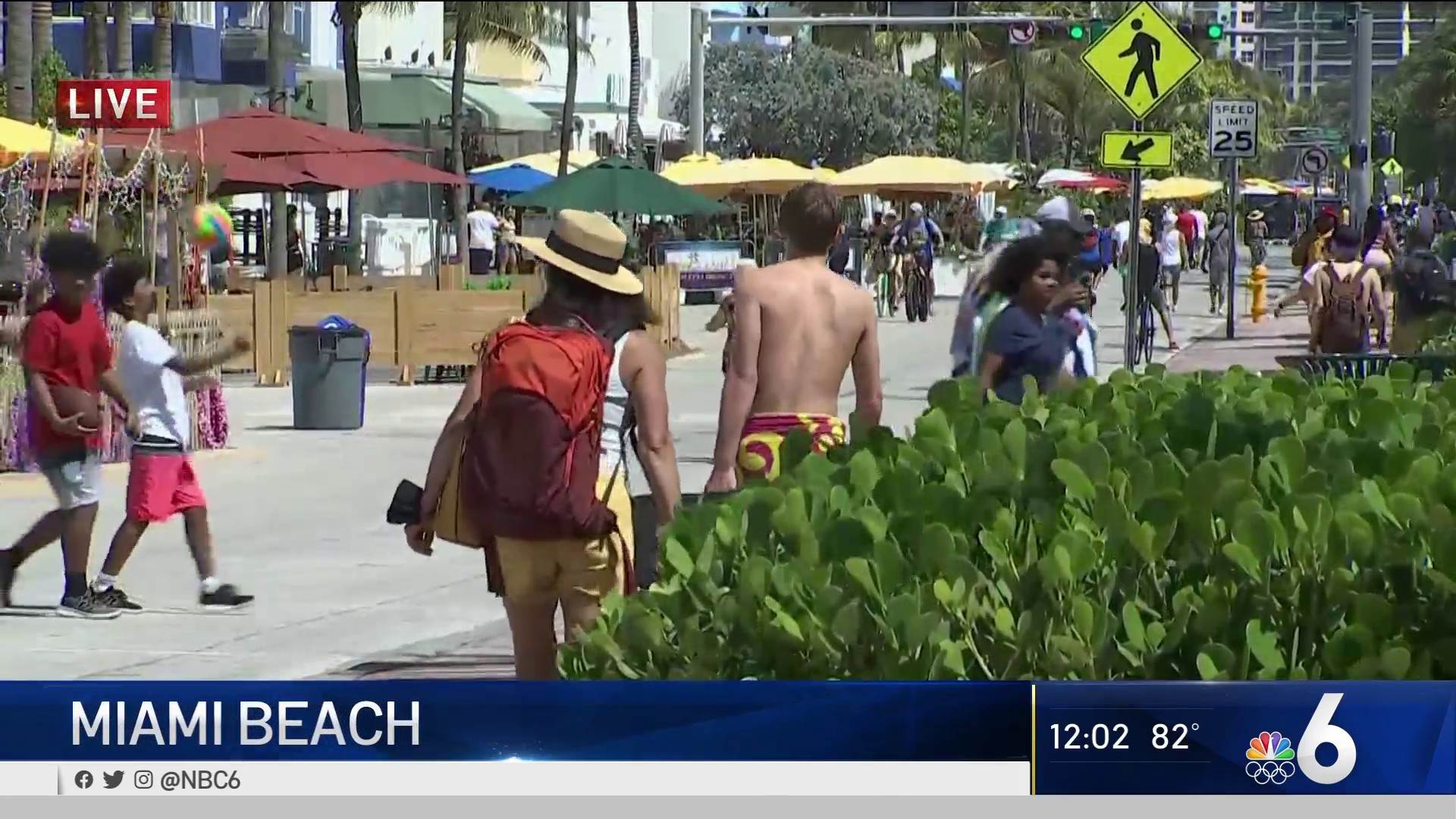 Miami Beach Hopes for Calm During Second Weekend of Curfew 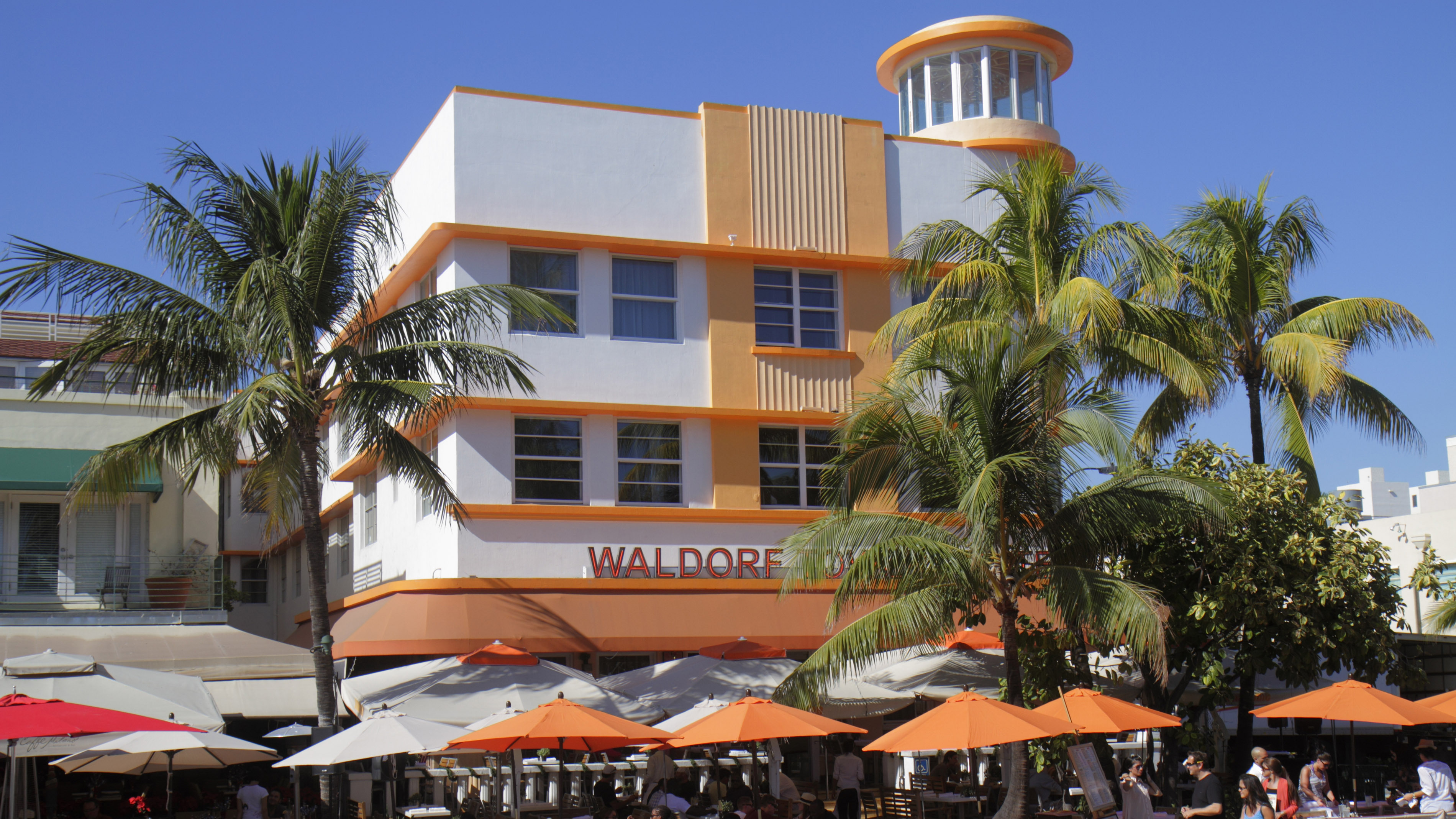 Miami Beach will again be enforcing an 8 p.m. curfew as well as causeway shutdowns through Monday.

The MacArthur and Venetian causeways will have their eastbound lanes closed to everyone but residents, hotel guests and employees every night from 10 p.m. to 6 a.m.

Police will not be doing residency checks on the Julia Tuttle, but the causeway will close down one eastbound lane from 10 p.m. to 6 a.m. to slow traffic.

The 8 p.m. curfew is effective until 6 a.m. every day, and will be imposed only on the area bounded by 5th and 16th Street, and Pennsylvania Ave and Ocean Drive. Restaurants must shut down for all operations except delivery.

During curfew, Ocean Drive will also close down to all traffic, including pedestrians, except for local employees and residents accessing their homes.

In addition, all sidewalk café operations are to stop between 7 p.m. and 6 a.m., and tables and chairs must be removed from the premises by 8 p.m.

Crowd control measures appear to be working in Miami Beach for a Friday night, but some residents have been fed up with the chaos. NBC 6's Stephanie Bertini reports