2019 in South Florida was a year marked by tragedy and crime, but stories of hope and encouragement also prevailed. As the year winds to a close, here’s a look at some of the most-clicked articles on NBC6.com.

Hurricane Dorian didn’t hit South Florida directly, but the Category 5 storm skidded dangerously close to the Sunshine State’s coast. The massive system prompted warnings and watches across the region, with South Floridians preparing for the worst of the storm. When Dorian made a northeasterly turn as it approached the edge of the state, South Florida breathed a sigh of relief – but the liberation didn’t last long. Images and video of the storm’s damage to the Bahamas quickly launched a series of relief efforts to help the battered archipelago.

Hurricane Dorian is the strongest known tropical system to impact the Bahamas, according to the National Weather Service. It slammed Marsh Harbor and tore through the Abacos, leaving a trail of destruction behind. At least 50 people lost their lives in the storm – the first major hurricane of the 2019 Atlantic hurricane season.

On July 6, a vacant pizza restaurant exploded in a thundering roar at The Fountains Shopping Center, injuring more than 20 people as large chunks of concrete flew through the air. The blast flung debris widely along a busy road in Plantation, west of Fort Lauderdale. The restaurant was destroyed, and nearby businesses and cars were damaged.

At least 23 people were injured though none of the injuries was life-threatening, Police Sgt. Jesica Ryan said. One of those injured was a child, but they were discharged later that night.

At the beginning of December, a tumultuous scene unfolded in Miramar after a high-speed police chase of a hijacked UPS truck ended in a hail of gunfire. The shootout left four people – including an innocent bystander and driver of the UPS truck –  dead.

The incident on Dec. 5 began with a robbery and shootout at Regent Jewelers at 386 Miracle Mile just after 4 p.m., Coral Gables Police said.

Richard Cutshaw, 70, was identified as the bystander killed in the incident. He worked as a field representative at a local union and was described by his neighbors in Pembroke Pines as a "good man."

The UPS driver's family identified him as 27-year-old Frank Ordonez, of Hialeah. Ordonez was on his first day working on the route in Coral Gables and was the father to two young daughters.

Pablo Lyle, a 32-year-old Mexican soap opera star, was arrested in April after allegedly punching a man during a road rage incident. The victim – a 63-year-old man named Juan Hernandez – died days later in the hospital.

Lyle, who starred in the soap opera “Mi Adorable Maldición,” was caught on surveillance video punching Hernandez. He was charged with manslaughter and if convicted, could face up to 15 years in prison.

In May, a woman who underwent a Brazilian butt lift procedure at a South Florida plastic surgery clinic ended up at a hospital where she later died.

The Miami-Dade Police Department said they received a call at around 11:13 a.m. on May 10 about a woman in distress at Mia Aesthetics on Southwest 72nd Street.

Family members of 28-year-old Danea Plasencia said the doctor was done with the procedure when the complications started. 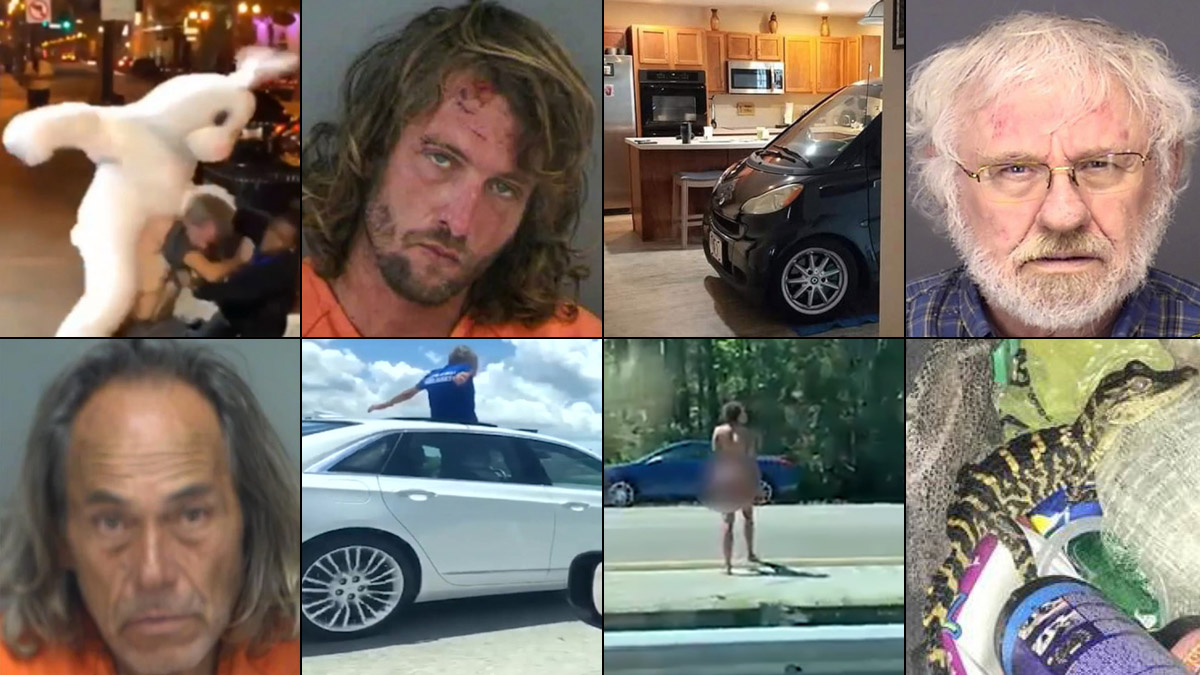 Fact Check: The Biggest Whoppers of 2019

Casey Holladay was no stranger to adrenaline-pumping activities, but in February, the adventure-seeker dropped an estimated 20 feet to the ground while on an attraction aboard Royal Caribbean’s Mariner of the Seas. Holladay was on the Skypad at the time, a ride promoted as a trampoline and bungee jump in one. He spent nine days in a South Florida hospital.

"He suffered very severe debilitating injuries," Rivkind told NBC 6. "This is a life-changing accident that never ever ever should have happened."

In an email to NBC 6, the cruise line wrote, "We operate all our ships safely, professionally and responsibly. We do not comment on pending litigation."

A former dishwasher at a Miami hotel, fired after missing work on Sundays for religious reasons, was awarded a $21 million jury verdict in January.

Sixty-year-old Marie Jean Pierre was a dishwasher at the Conrad Miami Hotel for more than a decade until she was fired in March 2016.

Pierre, a devout Christian missionary born in Haiti, said she was fired by her boss at the hotel after she missed six Sundays from work to attend Bethel Baptist Church in Miami.

The company, which was managed by Hilton at the time, said it was disappointed by the jury's decision and that it intends to appeal.

"During Ms. Pierre’s ten years with the hotel, multiple concessions were made to accommodate her personal and religious commitments," Hilton said in a statement.

CBD – which comes from the leaves and flowers of hemp and marijuana – is widely known for its therapeutic benefits. Many use CBD products to ease anxiety, inflammation and other health issues, and products can be found in beauty salons, gas stations and online. But CBD has little to no regulation, with no one watching what's going into the product.

The NBC 6 Investigators purchased 35 CBD products from seven different companies and tested them. Chemists measured and weighed the samples and tested for how much CBD was really inside the products. Click here for the results of the investigation, one of the most-read stories of 2019.

Four flight attendants were arrested at Miami International Airport on money laundering and other charges in October, after authorities found them carrying thousands of dollars in cash during a routine Customs check.

A positive news story to cap off the year: A baby was born aboard a JetBlue airplane named "Born to be Blue" in a February flight to Fort Lauderdale.

In a statement, JetBlue said Flight 1954 from San Juan, Puerto Rico, to Fort Lauderdale was met by medical personnel "following the onboard delivery of our youngest customer to date."

"We’d like to thank the crew and medical professionals on board for their quick action under pressure, and wish the new mother and son all the best. Flight 1954 was operated on aircraft N523JB, coincidentally named, 'Born To Be Blue,'" JetBlue's corporate communications manager Jennifer Dang told NBC 6 in a statement.