A woman was killed and her children were hospitalized after they were struck as they were part of a group that was crossing the Palmetto Expressway in Miami-Dade Thursday, officials said.

The incident happened in the southbound lanes of S.R. 826 at Okeechobee Road, Florida Highway Officials said.

FHP spokesman Joe Sanchez said the family was part of a group of three adults and seven children that were crossing the busy highway on their way to Chuck E. Cheese. 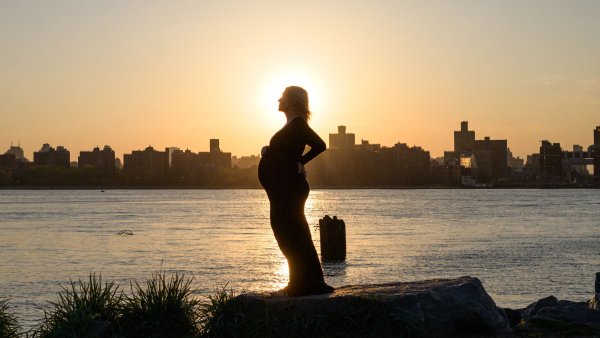 One adult and three children were struck by a Ford SUV.

Angela Johnson, 24, was killed at the scene. Family members told NBC 6 Johnson was pregnant. The children were airlifted to Jackson Memorial Hospital's Ryder Trauma Center in critical condition. Johnson's daughter, 4-year-old Kayla Ross, was one of the children hurt. Her relatives, 7-year-old Lexis Burnette and 9-year-old Briyanna Thomas, were also injured in the crash.

"The question that we have is what is that large group doing crossing the Palmetto, which is very dangerous?" Sanchez said.

The FHP is investigating the incident.

The crash had all southbound lanes of the Palmetto closed early Thursday evening.