Family members and friends continue to seek answers after a high school football star was struck and killed by a train earlier this week in Deerfield Beach.

Police say 17-year-old Bryce Gowdy was struck just after 4 a.m. Monday near the intersection of Southeast 4th Avenue and 10th Street before being rushed to the hospital, where he later died.

Bryce was a star wide receiver and defensive back at Deerfield Beach High School and was scheduled to attend Georgia Tech, where he signed a football scholarship just two weeks before his death.

The South Florida Sun-Sentinel, along with other outlets, are reporting that the medical examiner ruled Bryce's death a suicide, but police have not released any details on his death.

The teen's uncle, Thomas Gowdy, told NBC News in a phone interview that Bryce was under a lot of pressure taking care of his mother and siblings.

Bryce Gowdy, a 17-year-old high school football star, was struck and killed by a train early Monday in Deerfield Beach.

"There was neglect from one side (of the family) and too much responsibility from the other side," Thomas Gowdy told NBC News. 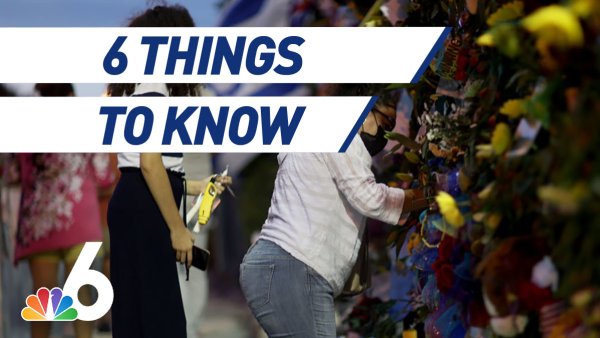 In a tearful message on social media, Gowdy’s mother offered some insight into what may have led to his death.

“A few days ago, Bryce was talking crazy…he kept talking about the signs and symbols he was seeing,” Shibbon Mitchell said Monday in a now-deleted Facebook video. “He kept saying he could see people for who they really are. He was really happy, though, talking about his future.”

“He had a lot of questions about spirituality and life,” Mitchell said, fighting through tears while saying her family was currently homeless and living out of a car. “He kept asking if I was going to be okay, if his brothers were going to be okay.”

Jevon Glenn, Deerfield Beach High School's head football coach, told NBC 6 on Wednesday that he was aware of the teen's struggles and that he and his staff tried to support him to get him through college.

"He had what looked like the opportunity of a lifetime to most kids, but he felt a burden and we talked about it that he’d be going off to Georgia Tech to stability, to free room and board, not worrying about food or money or anything like that," Glenn said. "But he’d be leaving his mother and brothers in an unstable situation."

A vigil is planned for Thursday night at Deerfield Beach High School. Family members have set up a GoFundMe account to help with his funeral.

Anyone who is struggling with issues is advised to call the Suicide Prevention Hotline at 1-800-273-TALK for free confidential support 24 hours a day, seven days a week.