He was 22 years old and a young father. Now Jandei Cherry is dead, and his mother is not only grieving, she's mystified.

"'Cause none of this makes sense," said Auta Cherry, weeping.

It certainly does seem that her son died a senseless death. Here's what we know: Jandei Cherry left work at the Quarterdeck restaurant on Dania Beach, after closing time on Saturday, Oct. 5, and never made it home. 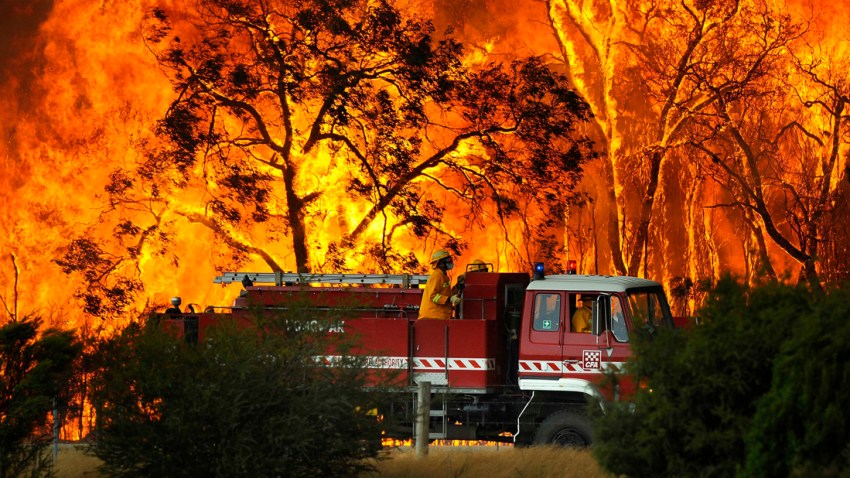 A Cautionary Tale: What Climate Change in Australia Signals for Us

"We're all devastated, Jandei was a really good kid, everyone loved Jandei, he was like the best worker here, everyone's just really clueless of what could've happened to Jandei, no one knows anything," said Sherria Newman, the hostess at the restaurant.

Cherry apparently went skinny dipping that night in the ocean, and a friend from work allegedly took his clothes, cell phone, and wallet, leaving him stranded. Cherry started walking home on Hollywood Boulevard, naked and obviously unarmed. It was roughly five o'clock in the morning. Police say a man pulled over, supposedly to help him, but some kind of altercation ensued and the man, Duke Laguerre, shot and killed cherry.

"No one deserves to die the way that he did and the so-called friend who took his clothes away from him on the beach is just as much to blame as the person who actually shot him," said Auta Cherry, "and he called me and he did admit to the fact that he took his clothes."

She said her son's colleague from work did it because he was supposedly upset with Jandei for some unknown reason.

Now she just wants to know why the other man, Laguerre, hasn't been charged with murder. Police said it's still under investigation.

"I'm sure the detectives had talked to him and they got his story but I don't know what his story is," said Hollywood Police Lt. Osvaldo Perez.

Laguerre’s mother has previously said that he would not talk about the incident.

Perez said investigators are waiting for toxicology reports to come back from the medical examiner's office to see if Cherry was under the influence of something when he got into the altercation with Laguerre. The Broward State Attorney's Office will end up deciding if any charges will be filed against anyone in this case.

Cherry did have a criminal record, including one charge of resisting arrest with violence.

While the case is being sorted out, Auta Cherry's world is crumbling. She is burying her son on his daughter's birthday.

"She's only 3, questioning when is my daddy coming home from work and I can't tell her anything because she's too young to understand," Cherry said, tears flowing down her cheek.

"A part of me is gone, he will never walk back through my door, this is all so senseless,” she said.