With just a few clicks of a mouse, police can access your most personal information including where you live, if you have had a DUI and even your social security number.

But did you know law enforcement workers are often caught accessing the system illegally to obtain people’s sensitive and personal information?

The Driving and Vehicle Information Database, known as D.A.V.I.D., is a powerful tool for law enforcement agencies. For example, it can help identify victims of fatal vehicle accidents of that of a suspect.

But Team 6 Investigators discovered that dozens of officers from departments across south Florida have abused the D.A.V.I.D. system by running people without cause in recent years. 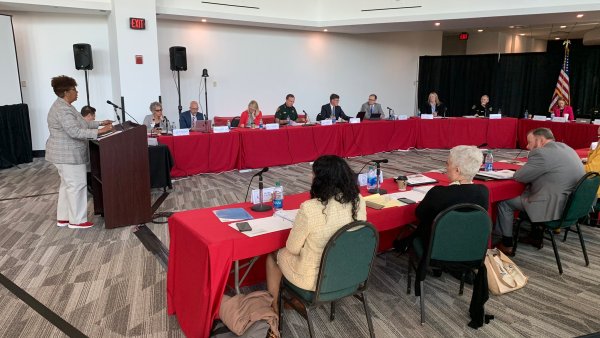 When the system is used improperly, some even call it “Google for cops.”

“It’s like a base of information that would make google smile,” said William McCray.

William McCray is a Sheriff’s Deputy in South Florida. He filed a discrimination lawsuit when he was reprimanded while employed by another police department. That, he said, is when his D.A.V.I.D. abuse began. He said dozens of police officers from around the state did a D.A.V.I.D. search on him. As a result, he said, he got scary phone calls to his unlisted number.

“I got death threats on my phone when I was going through this,” said McCray. “I know it was from other officers,” he said.

“It doesn’t feel good because you don't know how they ran your name, the real reason and ‘'m sure some if it was out of curiosity," said McCray.

McCray is not alone. West Palm Beach Attorney Mirta Desir represents more than a dozen clients who believe they were victims of similar abuse.

“It's a lot of clients because there are a lot of violations in the state of Florida," said Desir.

Law enforcement workers who improperly retrieve information or photographs from D. A.V.I.D. can face sanctions, disciplinary action including termination or criminal charges. Plus, police officers are aware that all data contained within the D. A.V.I.D. system is sensitive and privileged information that needs to be handled accordingly.

Team 6 Investigators analyzed hundreds of documents pertaining to 42 D.A.V.I.D. investigations conducted by 11 law enforcement agencies in South Florida from 2012 until early this year. The trail of documents produced during the investigations paints a picture of abuse and disregard for the law by those who are trusted with protecting the public’s private and sensitive information.

“The unknown cases I’m sure are much larger than the known cases,” said Howard Simon, President of the Florida American Civil Liberties Union. “Our State Legislature is just asleep at the switch on this.”

Simon added: “This puts police officers in some special situation where they have legal cover to spy on people; they ought to be fired for that.”

Nine police officers were investigated for retrieving information about Patrol Trooper Donna “Jane” Watts who received attention across Florida when she stopped a Miami police officer at gunpoint in October 2011 for speeding.

In four other cases, officers resigned to avoid criminal charges for committing crimes such as using the sensitive information to steal the identity of unsuspecting citizens.

If you would like to find out if your name has been searched, who searched it, and from what agency, you can send an email to this address: DAVIDPublicRecordRequest@flhsmv.gov.

You need to include your name, your tag or driver’s license number as well as a timeframe you want searched. The first 30 minutes of the search is free, which each hour after costing about twenty dollars.

The real problem may be that no agency seems to really police use of the D.A.V.I.D. system. The Florida Department of Highway Safety and Motor Vehicles is in charge of the database. A spokesperson said the Department does random audits but relies primarily on agencies to police themselves.

Statewide, a total of 324 cases of misuse have been reported to the Florida Department of Highway Safety and Motor Vehicles during the past four years.

Some of the cases have included a police officer for Hialeah Police Department accused of misusing the system in 2013 first to stalk first his ex-wife and, then, a girlfriend. He received a 20-hour suspension without pay.

Many people first heard of D.A.V.I.D. system abuse for the first time back in October of 2011 when Florida Highway Patrol Trooper Donna “Jane” Watts pulled over a Miami police officer at gunpoint in for speeding in excess of 120 mph. The incident, recorded in her police dash cam, was aired by local and national news media. Soon after, records show police officers all across the state logged into the D.A.V.I.D. system to obtain information about Watts. Watts said she received dozens of threats and prank phone calls. In 2012, Watts filed a lawsuit against 100 police officers alleging harassment and that 88 law enforcement officers illegally accessed her personal information more than 200 times which violated her privacy. Watts, who still works for the highway patrol, also sued numerous law enforcement agencies including several in South Florida. Most of the suits are still pending. At least 9 officers in South Florida are accused of logging into the D.A.V.I.D. system to get Watts’ personal information.

Besides police officers, thousands of other government employees have access to the system as well, including court workers and employees at public colleges.