Nicholas Brent Gibson, 32, is being held in New York following his arrest in the killing of 77-year-old Erik B. Stocker in Miami Beach

A man who told detectives he killed six people before he was arrested in New York for the murder of a Miami Beach man told reporters he killed the man "with my bare hands."

Nicholas Brent Gibson, 32, is being held in New York following his arrest in the killing of 77-year-old Erik B. Stocker in Miami Beach. Gibson appeared in court Friday and spoke with reporters as he was being taken back to jail.

When asked if he killed Stocker, Gibson replied "with my bare hands." When he was asked if he used a sword, Gibson said "yes, a big one." 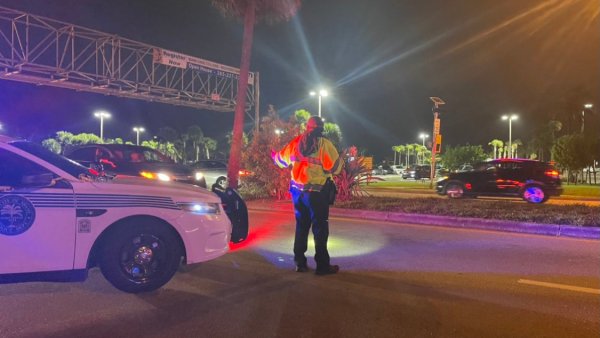 Police said Gibson admitted to his involvement in the murder of Stocker, whose body was found April 30 at an apartment in the 1500 block of Michigan Avenue. Investigators said the homicide had occurred at least 10 days earlier, and physical evidence will support the murder charge against Gibson.

A motive for the killing hasn't been released, and when questioned by reporters Friday, Gibson would only say "he wanted to go."

After his arrest in New York last week, detectives interviewed Gibson and he made statements about his involvement in six other murders "during earlier times in his life," police said. Gibson said the murders happened in Florida, Georgia and California, police said.

Police said they can't corroborate Gibson's alleged involvement in other murders but said detectives are evaluating the information he gave them and working with law enforcement organizations in those locations to determine the credibility of his statements.

Gibson will eventually be returned to Miami to be prosecuted for Stocker's murder, police said. Gibson may also face charges in New York City for allegedly assaulting officers and resisting arrest.