Residents in parts of the Florida Panhandle devastated by Hurricane Michael seven months ago hope President Donald Trump gets a glimpse of the continued suffering in the region when he arrives for a campaign rally this week.

Area officials said the communities that were in the storm's bullseye— Panama City, Mexico Beach and surrounding Bay County — had received about $1.1 billion in federal aid through mid-April. Mountains of debris have been removed, traffic lights work again and countless homes and businesses have been repaired.

Yet disagreements in Washington have left communities still waiting on other funding and many structures and neighborhoods appear much as they did the day after the storm with trees still atop splintered homes and blue roofing tarps flapping in the breeze. Tent cities have sprung up in some places. In others, people are living in fractured houses or mobile homes.

For some, recovery has been slow in arriving.

Her home in Panama City destroyed by the Category 5 storm, Jessica Manson said she lived in a tent for 64 days before moving into a donated camper. She now lives there without running water on a small plot she's renting for $160 a month in neighboring Springfield. A 5-gallon (19-liter) bucket serves as the toilet.

Manson, 42, said she used to earn money cleaning condominiums in nearby Panama City Beach, where Trump's rally is planned Wednesday. But most of that work dried up after the storm and she was without transportation for a time.

Suspect in Custody After ‘Shots Fired' Call in Hollywood 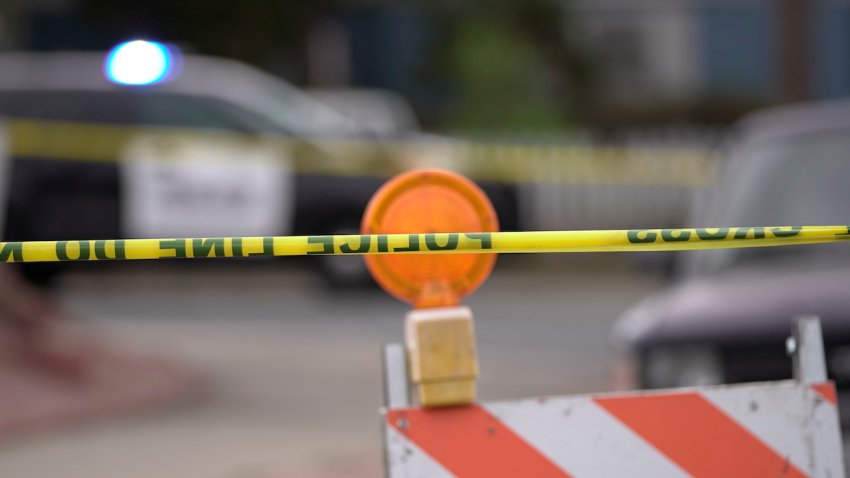 Manson said she now spends her time navigating the recovery process and working when she can. She also tries to help neighbors, many of whom are suffering mental stress from living in a place that suddenly seems foreign because of destroyed buildings, missing trees and friends who left without notice.

The hardest-hit area is Trump Country: The president carried 70 percent of the vote in Bay County in 2016. With a population of about 185,000 people that is more than 80 percent white, 25 people died there during Michael and about 70 percent of its homes were damaged.

Trump's opposition to more hurricane aid for Puerto Rico has sparked a standoff with congressional Democrats that is blocking assistance to the island and elsewhere, including the Florida Panhandle. A bipartisan group from Florida demanded last month that lawmakers pass a disaster-relief package for Michael victims.

Now, patience is wearing thin as another hurricane season looms, and Manson just hopes Trump opens his eyes to what's going on.

"He wants a wall. How about taking care of your own first?" she said.

The White House hasn't announced whether Trump will visit storm victims or view the lingering damage during his trip for the rally Wednesday night in Panama City Beach, which was spared the worst damage because it was west of Michael's eye.

But Shane Dews, 48, said Trump couldn't help but understand the suffering if he just looked around and saw the thousands of homes that need to be demolished.

"They definitely need help from somebody," said Dews, who is temporarily living in a Christian rescue mission in Panama City as he tries to overcome substance abuse. Baseboards inside the building had to be removed because of water damage.

Michelle Thomas worked as a correctional officer before Hurricane Michael cracked opened her home. Forced to relocate, she now lives in an apartment in Lynn Haven and works at a doctor's office near the beach.

Thomas, 41, said she has seen little evidence of government assistance and her monthly rent is going up $300 to $1,000 starting June 1. She is frustrated by the Washington stalemate that has blocked more federal assistance.

"I don't care if I get any. I am able to live in my home with my kids and we're OK. But the county needs it," said Thomas, who is single and keeps her two grandchildren. "It's getting really aggravating. We're going on seven months now and we're not seeing anything."

Much more so than politics or any campaign rally, the threat of the coming hurricane season is on the minds of many.

Manson said she's got no prospect of getting out of her camper before the season begins June 1, and she's already scared by the afternoon storms that are so common along the coast.

Manson said she'll pay close attention to the weather as the tropical storm season approaches, but there's not much else she can do.

"If a storm comes through I'm just going to pray," she said.