‘Not Going to Stop': Surfside Collapse Rescuers Work Through Pain and Injuries

Rescuers searching for survivors on the pile of the Surfside condominium collapse are not only working through danger, they're working through pain, State Fire Marshal Jimmy Patronis said Wednesday. 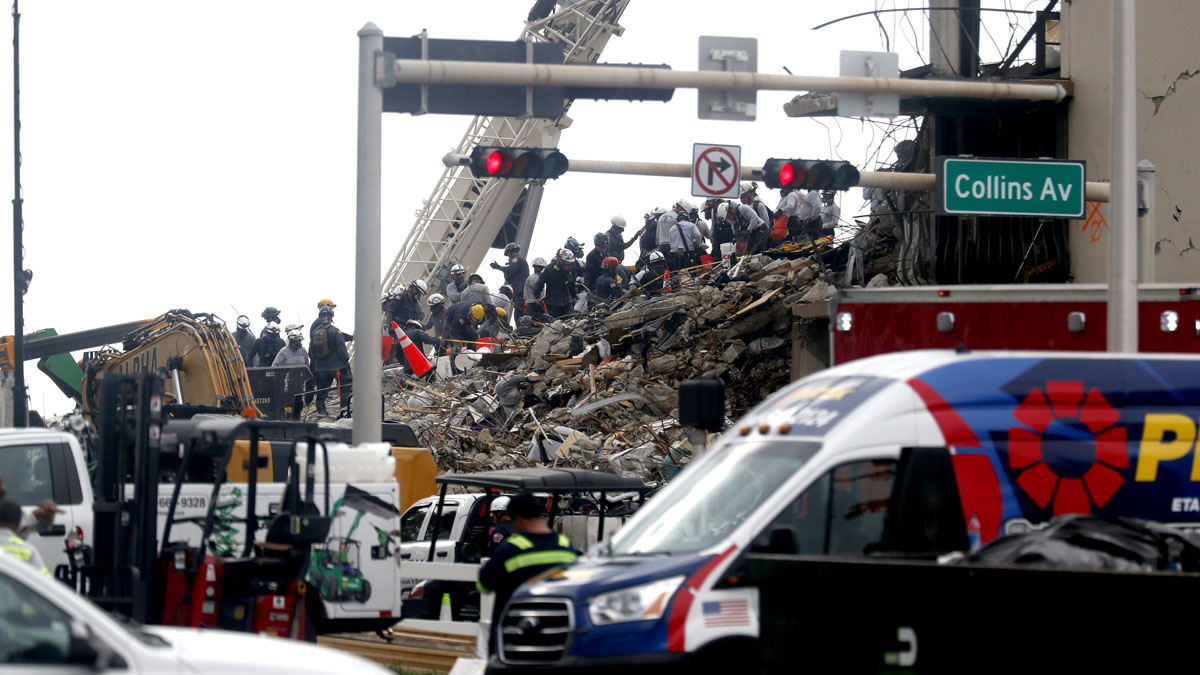 On Tuesday, one firefighter had to be pulled off the pile due to exhaustion and needed an IV, but he was back at the site Wednesday, Patronis said.

"These guys are not going to stop, they’re not going to stop with cuts," Patronis said. "There’s one guy over there, his finger tip got cut off, not here, it was cut off at home. And he was working and I said 'What did you do to your hand?' He said 'I cut off the tip of my finger working at home.'"

Steps away from the debris, a massive logistics operation is making it possible for the crews to continue around the clock, stopping only for dangerous weather.

"They are going to work through any type of pain because this is why they signed up for the job. They are such an inspiration," Patronis said. "When you repeat how heroic their efforts are, they don’t watch TV but their wives do, their moms and dads do, their kids do, and they call and check in at home and they feed off of that. It’s also a great way to help them have the nourishment to do their job."

Patronis said he's also going to request additional support for treating Post Traumatic Stress Disorder that Florida’s Urban Search and Rescue Team members may experience, and plans on speaking about it with President joe Biden when he visits Surfside on Thursday.

"We’re planning on appealing to the President for the best PTSD support possible for the men and women who are working in conditions that resemble more of a warzone than a normal search and rescue mission," he said.

Mental wellness peer teams have already been deployed to the site for support, Patronis said.