"It's a good first step" to more comprehensive legislation

A bipartisan group of 20 United States Senators has reached a deal on a gun violence and school safety proposal. If it were to become law, it would be the first time in 30 years that Congress passes anything dealing with gun violence.

The Parkland community is watching the developments carefully.

“Who here is angry at our elected officials for not enacting anything on the federal level?” said Sarah Kaufman at Saturday’s March For Our Lives rally in Parkland, drawing cheers from the crowd.

That demand that Congress do something, anything, to curb gun violence was the theme of the March For Our Lives rallies held all over the country.

“It’s not a coincidence that we were on Saturday in DC and all around the country and then on Sunday, hours later, we hear this new proposal,” said Manuel Oliver, who spoke at the rally in Washington, D.C. on Saturday.

Broward School Board member Debbi Hixon spoke at the Parkland event. Her husband, Chris Hixon, was murdered at Stoneman Douglas High School. Now she’s gratified to at least see what she considers some progress in Washington. 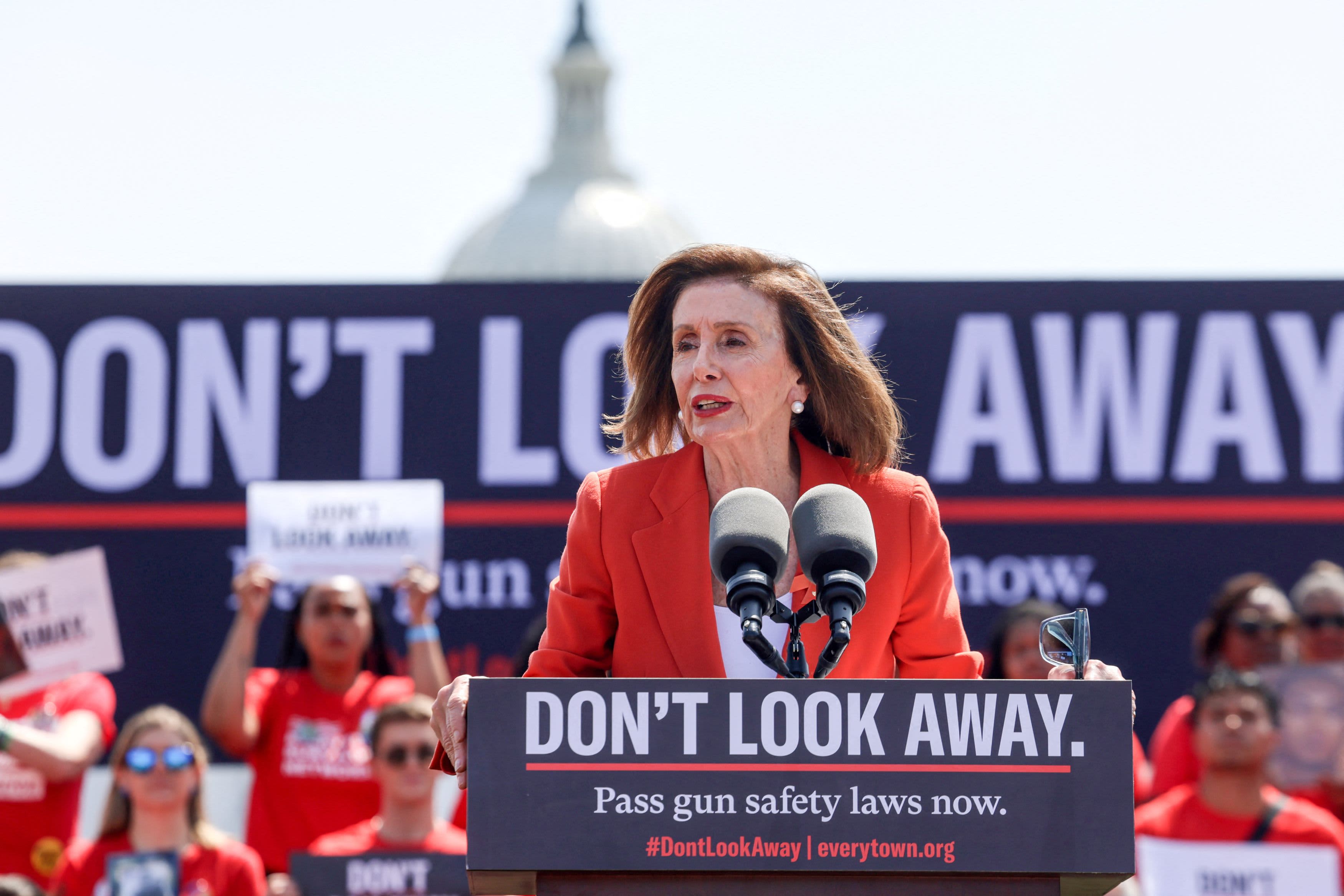 “It’s a step in the right direction, it definitely is a big compromise to what we would like to see happen but I’m happy with baby steps, anything at this point, we’ve gone 30 years with nothing,” Hixon said. “I would like to see them increase the age to 21 to even purchase a firearm.”

Activists like Hixon and Oliver, who lost his son, Joaquin, in the MSD High School massacre, want more in the proposal.

“Everything we’re asking for makes sense, however, I believe that any measure, doesn’t matter how big or small it is, if it’s able to save one life, I’ll sign it, I’m on board,” Oliver said.

The agreement incentivizes states to set up red flag laws, which Florida established in 2018 in a series of reforms after the Parkland tragedy.
The senators’ proposal also invests in mental health and school safety programs, prevents domestic violence offenders from buying guns, and includes enhanced background checks for gun buyers under age 21.

Hoyer’s son, Luke, was among the 17 killed at MSD High School.

“People have been in their corners for too long. You had the one corner where people are focused on the firearm and neutralizing the firearm, and you had the other corner where people focused on the shooter and neutralizing the shooter," Hoyer said. "Both have good practical ideas. You know this is the first time I’ve seen them come out of their corners and try to meld some of their practical ideas, so very happy to see this thing come out yesterday."

“Behavioral threat assessments are not punishment, it’s a way to divert these kids from the path that they’re on,” Hoyer explained.

The activists we spoke to would like to see assault rifles and high-capacity magazines banned, but that is not part of the Senate agreement. If it becomes law, it’s got a price tag estimated at about $15 to $20 billion.

Florida’s senators, Rick Scott and Marco Rubio, have not yet said whether they support the whole agreement.