If just one juror decides a life sentence is deserved, that’s what will happen. To execute the Parkland killer, all jurors must vote in favor.

The powerful moments from the Broward County courtroom Wednesday that go to the core of this tragedy at Parkland unfortunately are just a preview of what’s coming down the road.

Early next week, the wheels will start turning to find the Broward residents who will recommend if Nikolas Cruz will be executed or spend his life in prison.

With much of South Florida watching, Broward Criminal Judge Elizabeth Scherer on Wednesday took a methodical approach when laying the legal groundwork for the Parkland shooter to enter his guilty pleas. Scherer told him there’s no turning back. 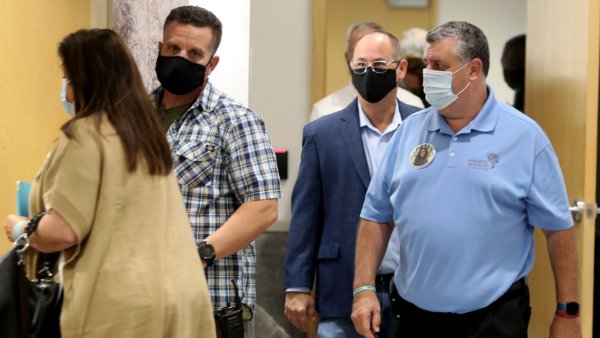 “If you are sentenced to death in this case, that will not be a reason to revisit the strategy here today," she said, adding, “On death row, you can’t say, 'You know what, that wasn’t a good strategy, maybe I should have gone to trial and required the state to prove it.' It will be too late at that time. Do you understand?”

The shooter responded, "I understand."

The victims' families sat in the courtroom heard the names of those they loved called out by the former state attorney who continues to prosecute the case — a prelude of what is coming next.

He told NBC 6 that prosecutors are still going to have to lay out the facts down the road for jurors when they decide what will happen to the now-convicted killer. The reality for the families and South Florida is that some forensics must be prevented.

“We are going to live through it again. The hope is it brings closure to the family members. Maybe they got some closure today,” Reizenstein said.

A social media video the killer made before going to the school is just one of the elements prosecutors may use to prove what are called aggravating factors.

“The prosecution is going to present what we call statutory aggravating factors. So, in this case, the fact that multiple people were killed — that was done in a premeditated and cold and calculating manner.  The defense is going to present as much as they can of mitigation, statutory and non-statutory. Anything they think would be able to convince a juror to vote for life,” Reizenstein said.

And if just one juror decides a life sentence is deserved, that’s what will happen. To execute the Parkland killer, all jurors must vote in favor.

“Getting a jury is going to be hard because there are going to be a couple of factors here. The first factor is, this is going to take a long time. So you have to have the jurors vote the time to it and that’s just hard,” Reizenstein said.

Over the next two months, the judge wants the prosecutors and the defense team to get their legal administrative motions taken care of. Both sides said there wasn’t any evidence they are aware of that could bring into question the guilty pleas.

Jan. 4 is the day the judge wants Broward residents to be in place at the courthouse to find a jury for the death penalty phase.