School District Had No Duty to Warn About Potential Danger Posed by MSD Shooter: Judge

A Broward County judge issued a ruling Monday dismissing an important part of their civil lawsuit, saying the district did not have a responsibility to warn the students and faculty of the potential danger posed by confessed shooter Nikolas Cruz.

In her ruling, Broward Circuit Judge Patti Englander Henning said that “the District without control over Cruz and without knowledge of a specific threat, did not have the duty to warn the plaintiffs of the actions eventually taken by Cruz.”

Cruz is accused of using an AR-15 assault-style rifle to carry out the deadly shooting at the Parkland school on Feb. 14, 2018. He awaits trial on multiple murder charges and faces the death penalty if convicted. 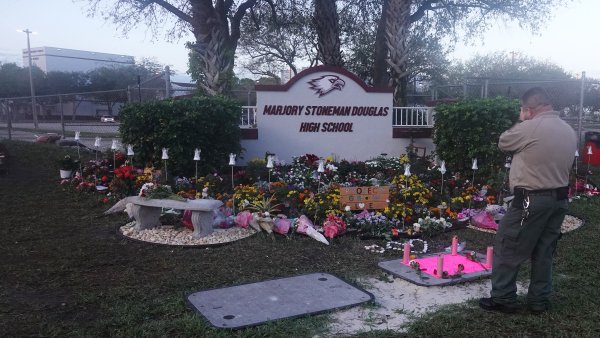 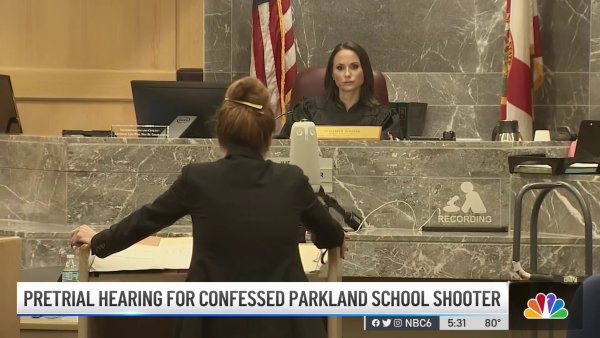 Families of the victims have sued Cruz, who was 19 at the time and a former Marjory Stoneman Douglas student, as well as the school district, the Broward Sheriff’s Office and on-duty deputies who failed to stop the massacre.

A judge dismissed the allegation that Broward County Public Schools did not have a responsibility to warn the students and faculty of the potential danger posed by the confessed Parkland shooter. NBC 6's Alyssa Hyman reports

“We're all very very upset and disappointed by what we vehemently believe is just wrong,” said attorney David Brill, who represents Andrew Pollack. Pollack's daughter Meadow was killed in the shooting.

“We've waited a very long time for what we thought to be a proverbial slam dunk ruling on the school board's plain duty to warn the students, with whom the courts have forever said that the school board has a special relationship for this very kind of thing,” Brill said.

In her ruling, the judge said the plaintiffs’ arguments fall outside the current law in Florida. She ultimately put the onus on the legislature moving forward to enact laws establishing that legal responsibility with guidelines to follow. There are other allegations in the lawsuit against the district that will move forward.

Still, this week's ruling is another loss for the families trying to hold officials accountable for failing to prevent the mass shooting.

The Florida Supreme Court ruled in September that for insurance purposes, the district can treat the shooting as a single incident, capping liability at a total of $300,000 to be split among all the victims who have filed suit.

And in October, Englander Henning ruled that the victims of the shooting and their families will have to turn over some records of their mental health treatment since the tragedy.

The judge also said the plaintiffs are relying on too many “what if” questions to build a solid legal claim for damages.

“There is no foundation for the argument that if Cruz had been sent to a different program, and if he had been treated as a higher threat years before the incident, and if he had been criminally charged years earlier so he’d have been convicted and could not buy or own a gun, and if he had never been permitted to attend Marjory Stoneman Douglas, then he would not have been on this campus and would never have committed the crime,” the ruling said.

Among the plaintiffs is Anthony Borges, who was shot during the rampage.

“How is a kid supposed to feel safe attending a public school under those conditions?” asked attorney Alex Arreaza, who represents Borges. “That ruling puts every child in danger. To think that the school board has no obligation to warn us of anyone else like Nikolas Cruz in the system should give all parents a deep concern.”

Attorney Eugene Pettis, representing the Broward School Board, declined to comment about the details Monday afternoon but told the South Florida SunSentinel that he believes the ruling speaks for itself.