The jury also saw gruesome crime scene photos showing victims who died in their classrooms at Marjory Stoneman Douglas High School on Feb. 14, 2018, some falling on top of each other

Prosecutors on Friday showed jurors photos of the horrific damage the bullets fired by school shooter Nikolas Cruz's AR-15 rifle did to some of his 17 victims, causing extensive wounds to their heads, bodies and limbs.

The jury also saw gruesome crime scene photos showing victims who died in their classrooms at Marjory Stoneman Douglas High School on Feb. 14, 2018, some falling on top of each other. It was an unusually graphic display in a U.S. courtroom as most of the nation's mass shootings never reach trial because the killer dies during or immediately after the attack.

The seven-man, five-woman jury and 10 alternates showed little emotion as the photos from the Parkland school were displayed on video monitors inside the jury box. They were not shown in the gallery, where several parents sat, but were shown to reporters after the hearing.

Cruz, 23, pleaded guilty in October to 17 counts of first-degree murder, so the jury will only decide if he will be sentenced to death or life without parole.

Prosecutors are showing the photos because they believe their graphic and horrific detail demonstrates the heinous, depraved and cruel nature of Cruz's actions. The defense unsuccessfully objected to their showing, arguing that they are only meant to inflame jurors' emotions.

Dr. Iouri Boiko, the medical examiner who did the four autopsies shown Friday, said the biggest and most gruesome wounds appeared where high-speed bullets fired by Cruz's semi-automatic rifle exited the body. One girl had her head blown open, while another had the front of her right shoulder blade missing. Another was missing most of a forearm and bicep from three wounds. The Associated Press is not naming specific victims' autopsy findings to protect their families' privacy.

Boiko said one girl would have died from a bullet that grazed the top of her head as the shock wave fractured her skull, causing extensive brain damage. She also suffered a fatal wound through her chest. Most of victims were shot multiple times.

Photos of bodies inside classrooms included one boy bent backward over his seat, his body almost forming a U-shape. Blood pooled beneath him. 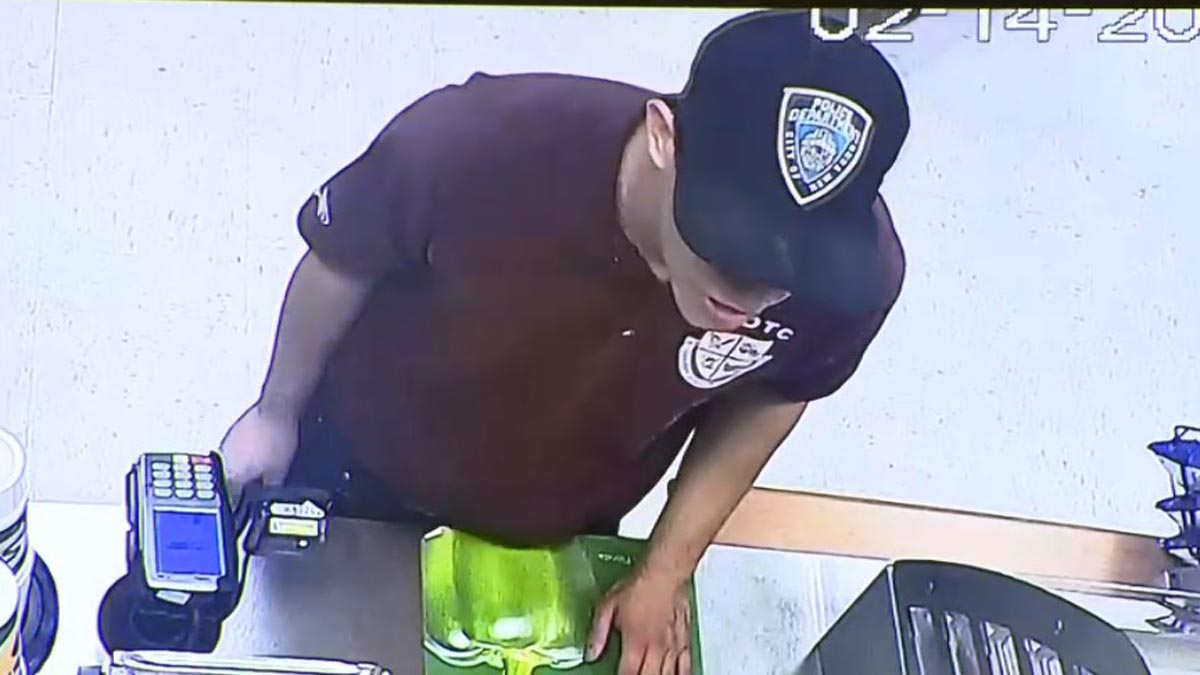 Some victims' parents held their heads as they listened to the doctor's descriptions, while one family walked out.

The autopsies and Friday's earlier testimony from police officers who charged into the building minutes after the shooting capped an already emotional and traumatic first week of the trial, which is expected to last four months. It included testimony from teachers and students who saw a normal Valentine's Day suddenly ravaged by a gunman who stalked a three-story classroom building, firing down hallways and into classrooms for about seven minutes.

It also included testimony and video of Cruz's casual attitude as he visited a sandwich shop and McDonald's just minutes after fleeing the campus before he was arrested.

Earlier Friday, Broward County sheriff's Sgt. Richard Van Der Eems testified that when he entered the building about 10 minutes after the shooting began, he “observed a child dead on the ground on the left and there was smoke and dust in the air.”

Worried that the shooter might still be in the building, he said he pointed his gun to provide cover as other officers led students and teachers out of the building and carried out the wounded. They didn't know that Cruz had fled the building about three minutes earlier.

Van Der Eems and other officers entered the building immediately after arriving, about 10 minutes after the shooting began. Then-Broward Deputy Scot Peterson, the school's security officer, is charged with child neglect for staying outside while Cruz continued shooting. He has pleaded not guilty and is scheduled for trial early next year. Other deputies were disciplined for failing to go into the building when they arrived.

Police in Uvalde, Texas, are being criticized for waiting more than an hour before confronting a gunman who killed 19 students and two teachers at an elementary school in May.

Coral Springs Capt. Nicholas Mazzei said that as he ran to the building, he found the body of assistant football coach Aaron Feis, who was shot trying to stop Cruz.

“I checked him for vitals, realized he was deceased," Mazzei said. He said he then went inside and found athletic director Christopher Hixon, who later died of wounds he received while confronting Cruz. He said they talked, but prosecutors did not ask what was said.

Coral Springs Detective David Alfin said he climbed the stairs to the third-floor landing, where he found Cruz's rifle and vest next to the body of 14-year-old Jaime Guttenberg.

“I checked her vital signs for breath and pulse and I found none,” he said, adding that he checked two or three times. “We held there for a moment and ... heard a voice from the hallway.”

He, Van Der Eems and others went to the third floor, where they found other bodies and a severely wounded Anthony Borges, who was lying in the middle of the hallway, raising his hand and trying to yell to get their attention.

Nine U.S. gunmen besides Cruz who have killed at least 17 people died during or immediately after their shootings, either by suicide or police gunfire. The suspect in the 2019 slaying of 23 people at a Walmart in El Paso, Texas, is awaiting trial.

When jurors eventually get the case, probably in October or November, they will vote 17 times, once for each of the victims, on whether to recommend capital punishment.

For each death sentence, the jury must be unanimous or the sentence for that victim is life. The jurors are told that to vote for death, the prosecution’s aggravating circumstances for that victim must, in their judgment, “outweigh” the defense’s mitigators. A juror can also vote for life out of mercy for Cruz. During jury selection, the panelists said under oath that they are capable of voting for either sentence.