Another section of a roof overhang fell Tuesday at a northwest Miami-Dade apartment complex where residents had to be evacuated from last month after a similar roof collapse.

Chopper 6 was over the scene at the three-story Lakeview Gardens complex, located at 17500 Northwest 68th Avenue.

Silvio Alvarado says a piece hit him right on his head as it fell.

"I heard something pop, next thing I know, the thing is coming right down on my head ... could’ve been a lot worse," Alvarado said. 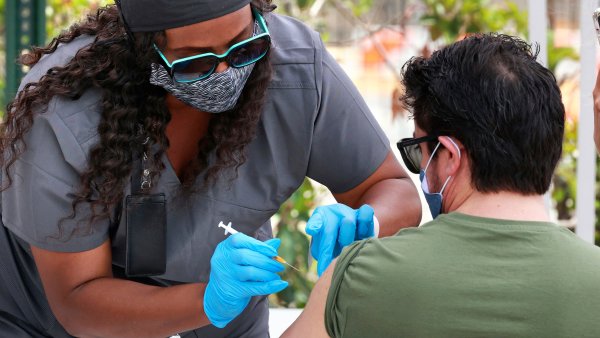 Central Florida Unvaccinated Workers to Get Reprimands, Not Fired: Mayor

Over 30 residents were evacuated July 16 after a portion of the roof overhang collapsed. The building has been empty ever since but residents were allowed to return Tuesday to gather more belongings.

"When we went to go see on the window what it was - the whole thing was on top of our porch," resident Kayley Vega said in July.

Miami-Dade Mayor Daniella Levine Cava said the building had passed its 40-year inspection and was approaching the 50-year mark. She added nothing in the recertification that indicated there was a problem.

Because the building is now deemed a safety hazard, the county may consider demolishing what remains of the roof and shoring up roofs on other buildings of the property.

"In light of today’s incident, the Building Official and staff from the Unsafe Structures Section met with the Condo Association and informed them that the County cannot keep waiting any longer for them to act," Miami-Dade County officials said in a statement. "The Association informed the County officials that they have secured funding to make the necessary repairs and intend to do so in the coming week."