A high-speed police pursuit of a hijacked UPS truck that began with an armed robbery and shootout at a jewelry shop in Coral Gables on Thursday ended in a hail of gunfire, leaving four people dead in Miramar.

The incident began with a robbery and shootout at Regent Jewelers at 386 Miracle Mile just after 4 p.m., Coral Gables Police said.

NBC 6 has sound with the father of the 27-year-old man who was one of four killed in the deadly shootout.

Hudak said a woman who works at the jewelry shop was injured in the incident, but no one else was injured. She was taken to Jackson Memorial Hospital.

Shortly after the shootout, the suspects - identified later by the FBI as 41-year-old Lamar Alexander and 41-year-old Ronnie Jerome Hill - abducted a UPS driver at gunpoint and fled in the driver's truck as he had been making a delivery nearby, Hudak said.

Authorities began a pursuit of the UPS truck, which sped up Interstate 75 into nearby Broward County.

NBC 6's Ari Odzer talks to two witnesses stuck in the crossfire between robbery suspects and officers on Miramar Parkway.

After exiting, the truck made its way through Pembroke Pines and Miramar with dozens of officers in pursuit. Officials said the suspects fired at officers while trying to evade authorities.

When the truck stopped in traffic at a light near Miramar Parkway and Flamingo Road, the suspects opened fire on officers, which resulted in an exchange of gunfire between law enforcement and the suspects, George Piro of the FBI said in a news conference Thursday night.

Piro confirmed that the two suspects died, as well as the UPS driver and a bystander who was shot where the chase ended in Miramar.

The UPS driver's family identified him as 27-year-old Frank Ordonez, of Hialeah.

Ordonez's stepfather, Joe Merino, said he was watching the pursuit on television with other family members and didn't realize his son was in the truck.

"It was hard for me to swallow, a real hard pill to swallow," Merino said. "When my 15-year-old saw it, she collapsed."

Merino said his son normally works a route in Coconut Grove and it was his first day working by himself on the route in Coral Gables. Hours after the deadly incident, he spoke about the suspects who abducted his son, who was the father of two young girls.

"I understand they're both dead, they were shot dead, and I'm not a violent person, I'm a rational person, I reason things out, but from one one human being to another, I'm glad they're dead," he said.

Four people died in a shootout after a cross-county pursuit and a robbery at a jewelry store 20 miles away. NBC 6's Willard Shepard reports.

Richard Cutshaw, 70, was identified as the bystander. He worked as a field representative at a local union and was described by his neighbors in Pembroke Pines as a "good man."

Multiple agencies are investigating the incident along with the FBI, Piro said.

"We have just began to process the crime scene, as you can imagine this is going to be a very complicated crime scene," Piro said. "There are multiple other crime scenes, the jewelry store, the location where the carjacking-kidnapping occurred."

UPS released a statement late Thursday saying they are cooperating with authorities in the investigation.

"We are deeply saddened to learn a UPS service provider was a victim of this senseless act of violence," Matt O'Connor, a UPS spokesman, said in a statement. "We extend our condolences to the family and friends of our employee and the other innocent victims involved in this incident." 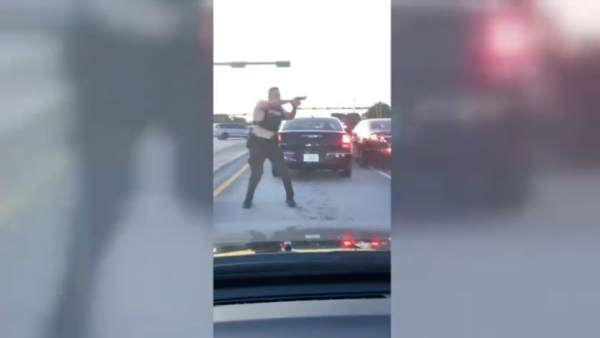 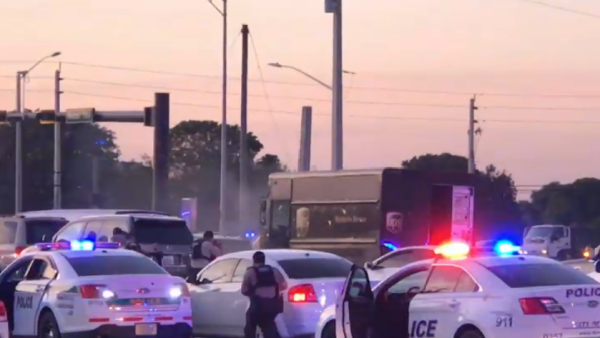