In a city on Puerto Rico's southern coast, families planned to spend Tuesday night at shelters instead of their homes after a strong earthquake struck the island before dawn.

The residents of Ponce, which is located near the epicenter of the magnitude 6.4 earthquake, had homes that were either too dangerous to stay in because of damage or were located in a tsunami zone.

"I'm very calm … I'm not nervous," Johanna Morales told NBC 6. With her three children, parents and pets, she left her home in Ponce to seek shelter at a school, which provided cots for people to sleep in. Dozens lined up as volunteers in trucks filled with food came by to distribute items such as water, soup and fruit. 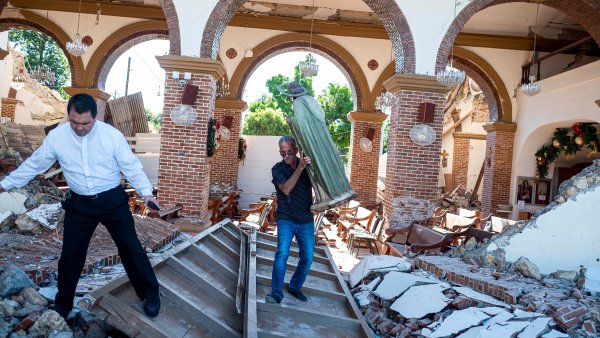 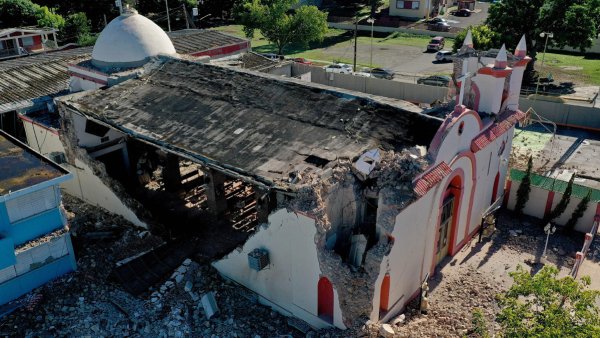 ‘It Just Hits Your Heart': Locals Pray for Family Amid Puerto Rico Quakes

Earlier Tuesday, the earthquake leveled homes, knocked out power lines and killed at least one person, a 73-year-old man. The quake was followed by a series of small aftershocks.

"People don't feel secure, and here, they can be more secure than in their homes," Ponce Mayor Mayita Meléndez said.

The earthquake cut power to the island and power plants shut down. Puerto Rico's main airport remained operational but was running on generators.

NBC 6 anchor Sheli Muniz is in the island nation getting first hand sights of the damage caused in recent days.

Almost everything was closed and there was no food or power in a city that is still recovering from Hurricane Maria.