Trump landed just before 11 a.m. at Palm Beach International Airport before traveling to his Mar-a-Lago resort, where he announced he would be living once leaving the White House

For the final time Wednesday, Donald Trump made the flight from Washington, D.C. to South Florida as the Commander-in-Chief before turning over the title to President Joe Biden.

Trump delivered his farewell remarks at Joint Base Andrews moments before boarding Air Force One bound for Florida. “We've gotten so much done that nobody thought would be possible,” he said to a small gathering of supporters.

“But I do want to thank Congress, and I want to thank all of the great people of Washington, D.C., all of the people that we worked with to put this miracle together. So, have a good life, we will see you soon," he concluded.

Trump landed just before 11 a.m. at Palm Beach International Airport before traveling to his Mar-a-Lago resort, where he announced he would be living once leaving the White House.

Hundreds of faithful supporters lined the roadways, some coming from across Florida to show their appreciation to Trump after his term in office came to an end.

Many were waving giant flags and carrying signs, with some still refusing to accept the results of the presidential election. 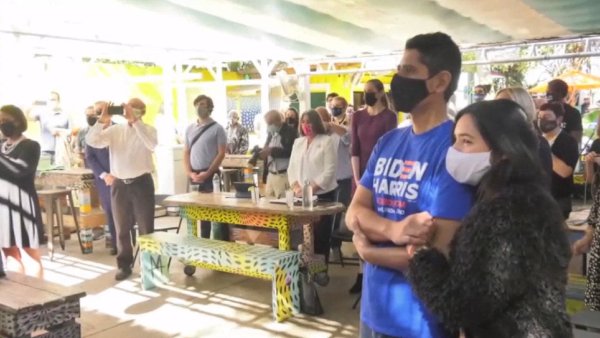 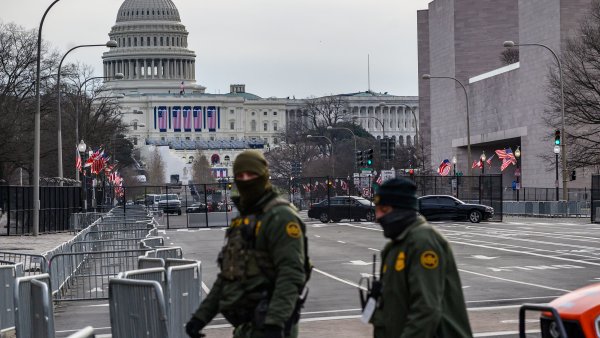 "I am almost in denial," Willie Guardiola, who organized the event Wednesday, told NBC affiliate WPTV-TV. "I don't want to believe that this could be his last day.”

Another supporter told NBC 6 that Trump “has been the best president we’ve ever had in this country ever since I have been alive."

Trump's supporters also said they hoped their show of loyalty would boost the former president's spirits. "We are here to support our President, and to show him his sacrifice was not in vain," one woman told NBC 6.

"I want President Trump to come through the motorcade in his beast like he's done hundreds of times and really see these people,” Guardiola said. “It's going to be very emotional for him.”

While some of his supporters, even on Inauguration Day, still refuse to acknowledge the new leadership, others are finally ready to rally for unity.

Police officials set up barricades along the route to the Palm Beach resort, hoping to avoid any potential violence that has been in people’s mind since the January 6th riot at the U.S. Capitol.

The blockade will remain in place for at least a few days.