Two to three dozen Overtown residents staged a protest during the ribbon-cutting ceremony for the opening of the University of Miami's Life Science and Technology Park in Miami's health district on Tuesday.

The protestors intended to make a statement that they aren't happy over a lack of employment opportunities, but stressed that they are not unhappy about UMLSTP as they see its potential to provide local jobs.

"We urge Donna Shalala to do the right thing and use the public financing UM receives to create sustainable job training programs for Overtown residents," said Dylan Beasly, a member of Students Toward a New Democracy. 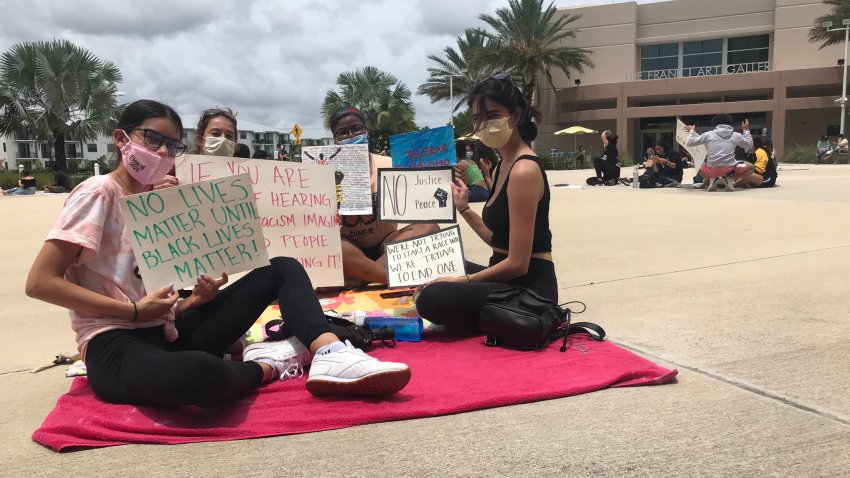 "Everything UM has shown so far as what their commitment will be has been a facade," according to Javier Figuero, a member of the Overtown Alliance. "This isn't a higher learning institution anymore, this is a full-blown corporation that has said what was needed to secure cheap land and then turned its back on the community. People here just want jobs."

The protestors did not cause too much commotion as they were asked to stay across the street and did so without objection.

Miami city and county officials and the University of Miami dedicated the facility that is funded by UM and private venture capitalists. They promise the UMLSTP will produce medical breakthroughs.

According to Shalala, the building is all about jobs and she welcomes the concern of the demonstrators.

"I want them to keep our feet to the fire," said Shalala. "We intend to deliver. We have delivered in terms of construction jobs and we will deliver as far as training people for the jobs in future facilities."

While protestors heard the university's promises, they still raised concerns.

"They have chosen people who may do business in Overtown but have not engaged residents of Overtown," said Bishop James Adams.

"We are the folks that look at this day to day and have no clue what it is," said local resident Conte Davis. "What it is to do and what kind of opportunity exists for us."

According to Shalala, what the locals on the street want is a signed agreement, a road map for engaging the Overtown job seekers. But Shalala says a written agreement won't happen.

"We have met every standard that was set for us in terms of minority participation," Shalala said.