Pre-COVID-19, Fabio Montoya was already concerned about how people handled their food at home.

Montoya is an expert on food safety and points out that during a period of quarantine -- when so many more people cook at home -- the chances you’ll make the most common kitchen mistakes increase, as does his worry.

“We do not have the luxury of getting sick now," he said. "Hospitals have a clear mission and it is to save the lives of those with coronavirus, so we cannot arrive sick from food poisoning.” Masks and Food Preparation During COVID-19 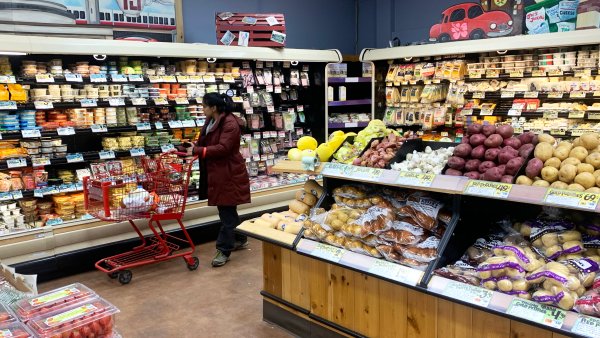 How to Keep Food Safe During Coronavirus Pandemic

Montoya is an instructor certified by the National Restaurant Association. He teaches ServSafe, a course administered by the organization, which abides by the U.S. Food & Drug Administration regulations. Montoya has 12 years of experience training restaurant owners, chefs, cooks and kitchen managers on how to comply with the guidelines overseen by government inspectors. The irony, he says, is that the majority of food safety rules are broken at home.

“I am completely convinced there is more bacteria on home kitchen counters than inside restaurants,” Montoya said.

He says it is due to the fact most families are not taught proper hygiene, storage and temperature controls related to food. As he reminisces about his Colombian grandmother, he concedes the problem is especially common in Hispanic homes, where people are tigthly bound to customs and traditions.

One of the errors Montoya refers to is taking frozen poultry out hours before and allowing it to thaw in room temperature. The instructor says this encourages bacteria, such as E. coli, to grow. The right way, indicates Montoya, is to transfer it from the freezer to the refrigerator, which should maintain a temperature of 36 to 38 degrees Fahrenheit. Another option is simply to cook the food right out of the freezer, when possible.

NBC 6's Sheli Muniz has tips you need to know to stay safe when you're sitting down at the table in the coming weeks.

This expert also warns against leaving cooked food exposed to room temperature for too long.  Once you serve the meal, he suggests you chill it in a double boiler filled with ice water -- also called a "bain-marie" -- in the cooking world. Then, place it in the fridge uncovered, and when it hits 41 degrees Fahrenheit, cover it. Montoya recommends you only keep the cooked food refrigerated for three days.

Adequate hand-washing is also key, according to Montoya, to avoid food poisoning. He says the most common foodborne illnesses like Hepatitis A and Norovirus can be prevented by washing our hands and forearms with water at 100 degrees Fahrenheit for at least 20 seconds. He also recommends doing so not only before and after handling food, but also after picking up dirty dishes, utensils, taking out the trash and before and after touching our cell phones.

Washing dishes and kitchen utensils with soap and water alone is not good enough, according to Montoya. The items need to be disinfected afterwards, which can be done with the extreme heat of a dishwasher, or by a mix of four drops of bleach per gallon of water used in spray form.

Montoya recommends having at least three cutting boards of different colors.  One for poultry, another for meats, and the third for fruits and vegetables. This, he says, will also prevent cross contamination.

Though these habits should be followed with or without COVID-19, the pandemic we are living through worldwide has inspired Montoya to insist even more on putting them into practice at home not only to protect ourselves, but to lessen the already heavy burden on the most overwhelmed group of people at this time: healthcare workers.

“We already have heroes working outside. Our job is to stay home, but we must be safe at home. We have to avoid getting sick and it turns out, this is preventable,” Montoya points out.

For more information regarding how to handle, store and cook food safely, visit www.fda.gov.