‘I Was Bleeding Massively': Man Bitten by Shark Near Key Biscayne

A man who survived a shark bite in waters off Key Biscayne over the weekend spoke with reporters from a hospital Tuesday to give an update on his recovery.

Ordonez said he was diving and spearfishing with a friend when a shark which he estimated was about 10 feet long charged at him. As he was trying to fend the shark off, he says he was cut by one of the shark's teeth in his hand or wrist area. 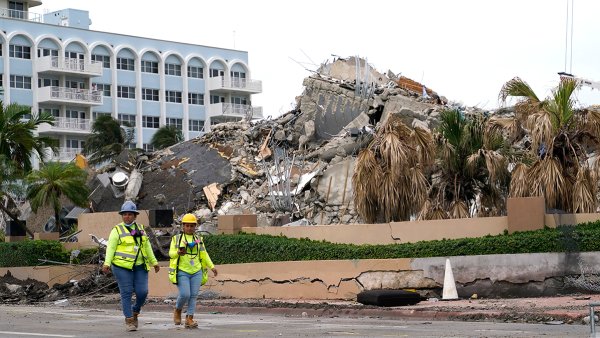 Before Surfside, Miami Safety Board Sided With Building Owners More Than Inspectors

"I was bleeding massively, it was like a hose," Ordonez said.

Ordonez said more sharks swam into the area after he started bleeding, but one of the people on the boat he was on was able to pull him on board.

He was taken to Jackson for treatment. Doctors said Ordonez had injuries to his artery, vein and nerves but they expect he'll make a full recovery.

The Florida Fish and Wildlife Conservation Commission is investigating the incident.