Florida Docking Plan in the Works for Ill-Fated Cruise Ships

Passengers from an ill-fated South American cruise are eager to disembark once they reach Florida, but Gov. Ron DeSantis said the state's health care resources are already stretched too thin to take on another ship's coronavirus caseload. The U.S. Coast Guard said Tuesday that the decision would be punted to Washington if authorities can't agree.

With the Zaandam and Rotterdam ships arriving as early as Wednesday and at least two people on board needing emergency attention, a “unified command” of state, local and federal officials will be asked to approve a detailed docking plan requiring the cruise line, Holland America, to handle all medical issues without impacting South Florida's already-stressed hospitals.

“There are no great choices left. These are all tough outcomes,” Coast Guard Captain Jo-Ann Burdian told Broward County commissioners at an emergency meeting Tuesday. 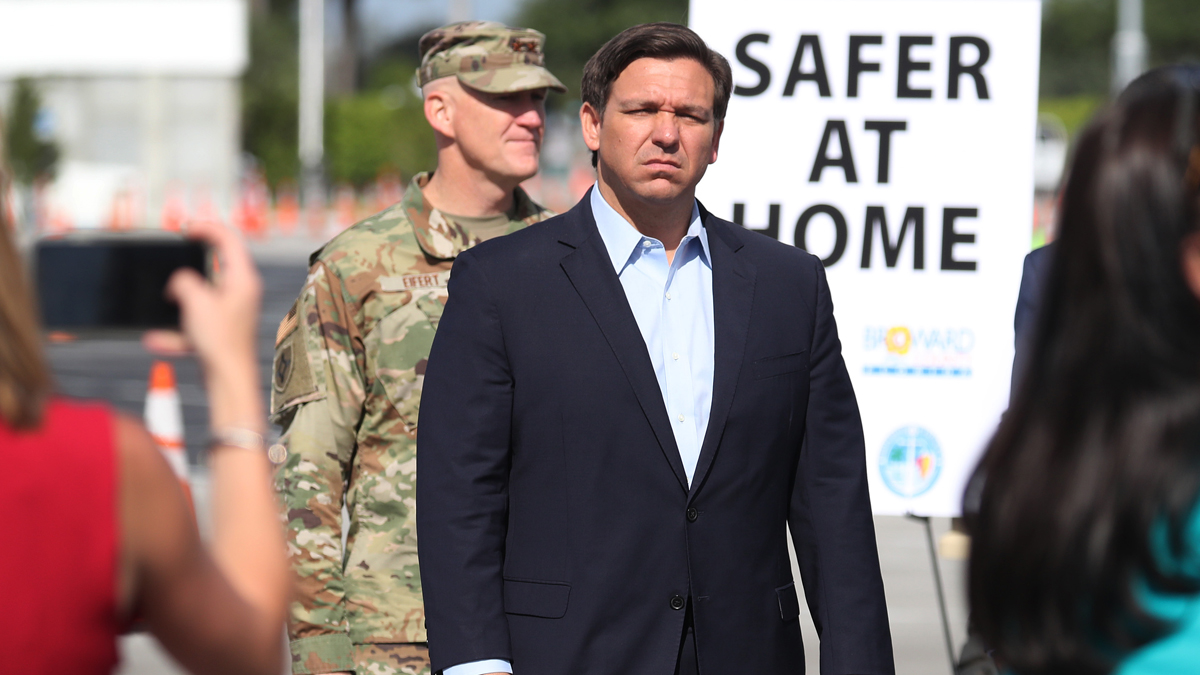 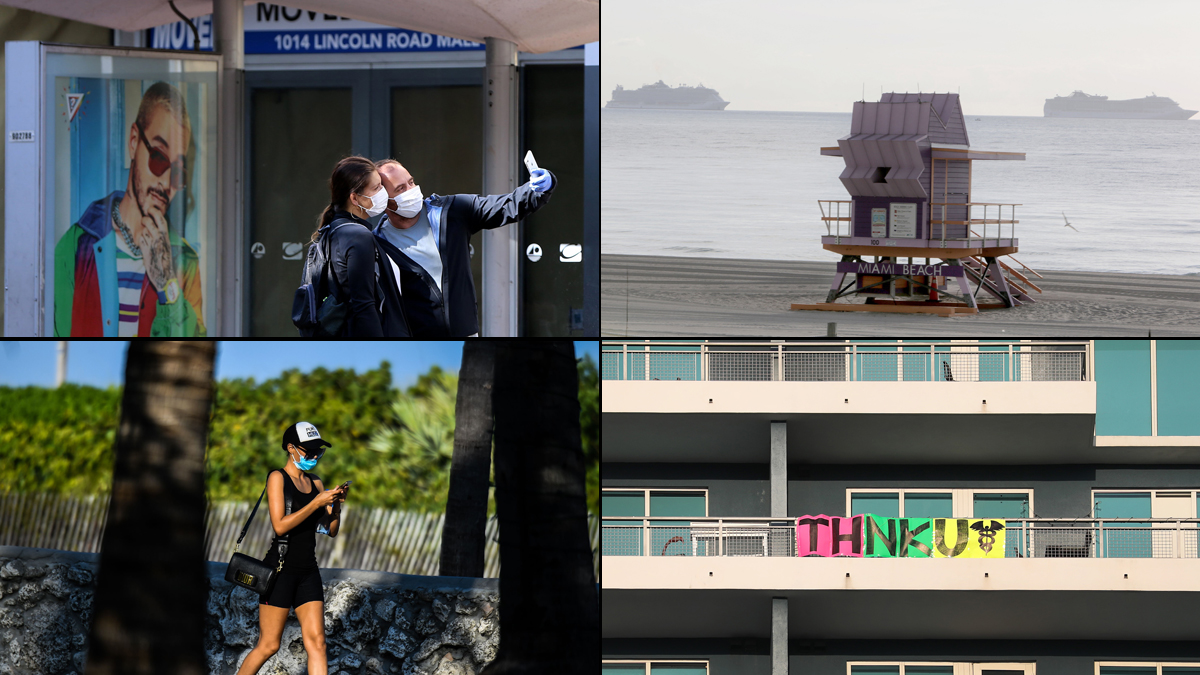 Two of the four deaths on board the Zaandam have been blamed on COVID-19 and the cruise company says nine people have tested positive for the novel coronavirus.

Holland America said the Rotterdam took on nearly 1,400 people who appear to be healthy from its sister ship, leaving 450 guests and 602 crew members on the Zaandam, including more than 190 who said they are sick. More than 300 U.S. citizens are on both ships combined.

The governor said he had been in contact with the White House about diverting them away from Port Everglades.

"Just to drop people off at the place where we're having the highest number of cases right now just doesn't make a whole lot of sense," DeSantis said Tuesday. "The hospital situation looks really good right now but obviously we're preparing for that to change."

NBC 6's Johnny Archer is at Port Everglades, where the Holland America cruise ship that had people die could be landing.

Holland America President Orlando Ashford penned an opinion column in the South Florida Sun Sentinel to plead with officials and residents to let the passengers disembark.

Broward County Sheriff Gregory Tony called the situation a “humanitarian crisis” and asked commissioners at the Tuesday meeting not to decide based on emotion. Allowing the ship to dock would burden the local health care system and put residents at risk of additional exposure, he warned.

“This ship has been turned away from several countries already," Tony said. "We are in some very, very critical circumstances where we as a county are going to have to determine are we willing to take on this responsibility.”

William Burke, chief maritime officer for Carnival, which owns Holland America, told commissioners “we are coming to the place of last resort,” and that his staff had worked through the night on a docking plan. Four people on board have already died. Burke said he hopes two others who are severely ill “will survive the transit.”

Despite the pleas for help, commissioners appeared frustrated with the company when they learned that another Carnival-owned ship with people presenting flu-like symptoms was sailing toward Fort Lauderdale and scheduled to arrive in April.

One of the commissioners then interrupted the meeting to ask Burke whether a sick patient had been taken from a Princess ship earlier Tuesday and suggested it had not notified local officials.

A Broward County Sheriff’s fire rescue official said the agency had responded to a 911 call to take a patient with a very high fever and pneumonia to a hospital. Chief Harris Henbest said deputies were told several crew members were also sick and had been ordered into isolation, but it wasn’t clear whether they were infected with the COVID-19 virus.

“I have a lot of concern when a company would bring sick people into the port and not alert the county,” said commissioner Mark Bogen.

Most of the commissioners were sympathetic and felt badly that the passengers have been rejected by other ports. Broward County Commissioner Nan Rich urged officials to quickly hammer out a plan, “do the best we can and get these people to their homes.”

“These people have been turned away from so many countries, one after the other. We are their last hope. What are we going to do? Let this ship go back out to sea and float around and let people die? I don’t think so," Rich said.

Tuesday's commission meeting was adjourned without an official decision

The Zaandam and other ships became pariahs as countries sealed borders in response to the pandemic. Zaandam passengers said they were asked to keep their rooms dark and leave their drapes closed as they passed through the Panama Canal.

While many have reported feeling ill, most of the passengers and crew on both ships appear to be in good health.

Laura Gabaroni and her husband Juan Huergo, who work for a defense contractor in Orlando, saw their dream vacation turn harrowing as countries shunned them and people fell ill. Fever-free and without symptoms, she and her husband were transferred to the Rotterdam. She wrote DeSantis imploring her governor to let them off.

“Florida continues to receive flights from New York, and it allowed spring break gatherings to go on as planned. Why turn their backs on us?" Gabaroni said.

The Zaandam originally departed from Buenos Aires on March 7 — a day before the U.S. State Department advised to avoid cruise travel and before any substantial restrictions were in place in Florida.

The ship had been scheduled to stop in San Antonio, Chile, and then depart on another 20-day cruise to Fort Lauderdale in early April. But beginning March 15, the Zaandam was denied entry by port after port.

Passenger Emily Spindler Brazell, of Tappahannock, Virginia, said they've been treated to unlimited phone calls, wine and nice meals including lamb chops and salmon. But they have had to isolate in their rooms with a warning.