As the search continues at the site of the Champlain Towers South, officials are looking into the nearby sister properties, the East and North Towers, to ensure that they are safe

Residents of the sister properties of the collapsed Surfside condominium building have been given the option of evacuating, as an expert hired to examine them found no initial visible causes for concern.

As the search continues at the site of the Champlain Towers South, officials are looking into the nearby sister properties, the East and North Towers, to ensure that they are safe. 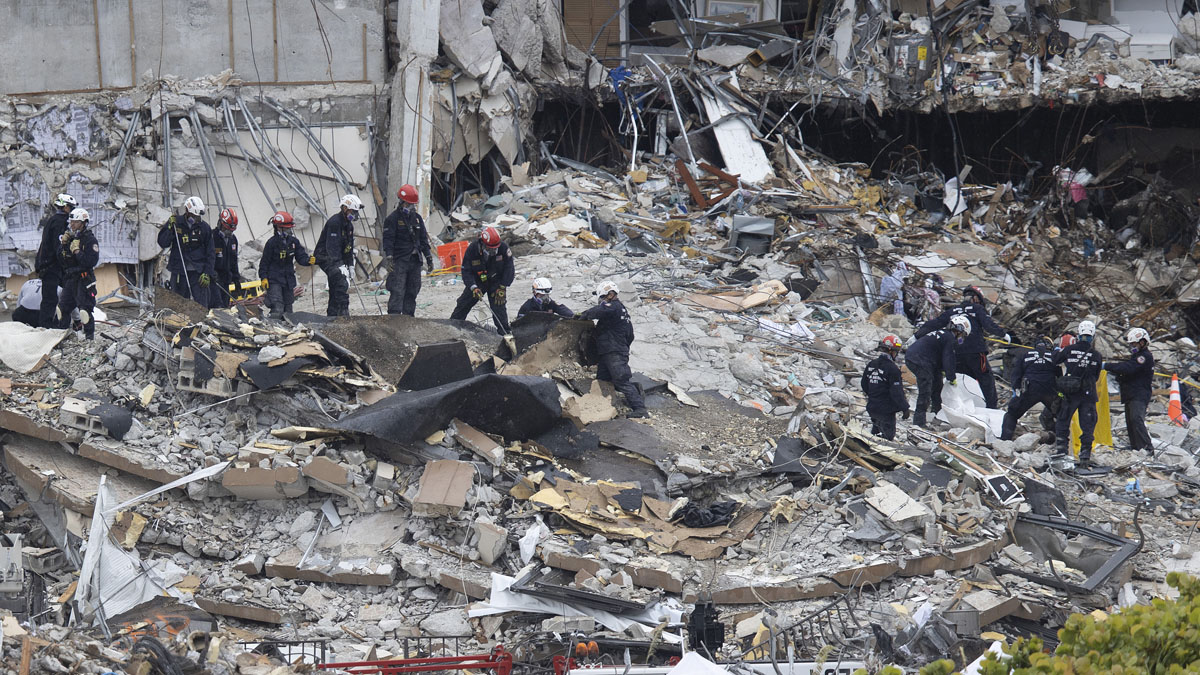 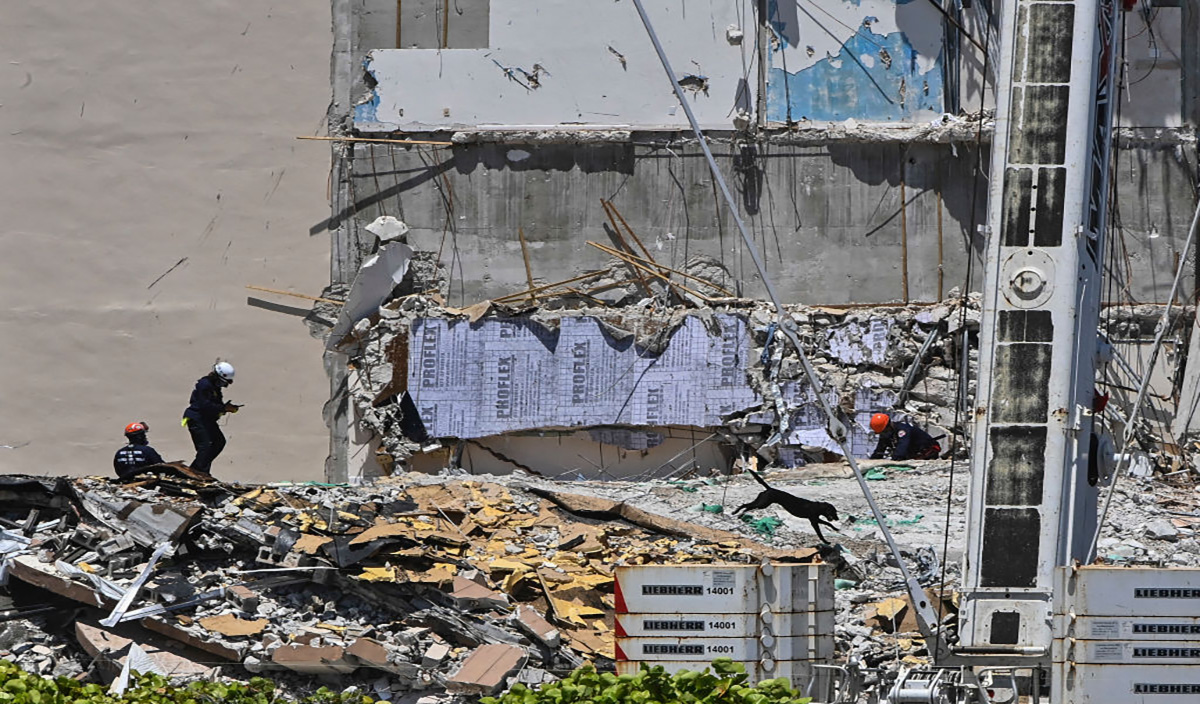 The North Tower was completed just one year after the South, which was built in 1981, with the same developer and design, while the East Tower is about 13 years younger.

The Town of Surfside has hired Allyn Kilsheimer, a structural engineer and world-renowned expert, to look at the other towers.

Officials said Kilsheimer did a walkthrough and found "no visible evidence of of any major structural concern" at the sister properties.

A more detailed inspection will also be performed, officials said.

As of now, residents are being told that they don't have to leave the sister properties, but a voluntary evacuation has been offered.

Some residents of the sister properties have said they feel safe, and Miami-Dade Mayor Daniella Levine Cava said that as of Sunday night, only two people had sought to leave the building and be put in hotel rooms.

"We're all so concerned and at this time, the building that is a sister building just two buildings to the north has been inspected initially by the Surfside building inspector who finds nothing immediately of concern, but they're going to pursue it with a more detailed engineering study," Levine Cava said.

Robert Lisman, a resident of the East tower, said a crack that appeared after the collapse was determined to be structurally safe, but he said he wants engineers to take a closer look.

"They knew about a lot of the issues for so long and they allowed it to get past a point and collapse," Lisman said. "I would like to prevent that."