The two FBI agents killed during a raid at a Sunrise home will be honored at separate memorial services at Hard Rock Stadium in Miami Gardens this weekend.

Special Agents Daniel Alfin and Laura Schwartzenberger were shot and killed Tuesday morning while executing a search warrant as part of a violent crimes against children investigation.

MORE ON THE FBI SHOOTING 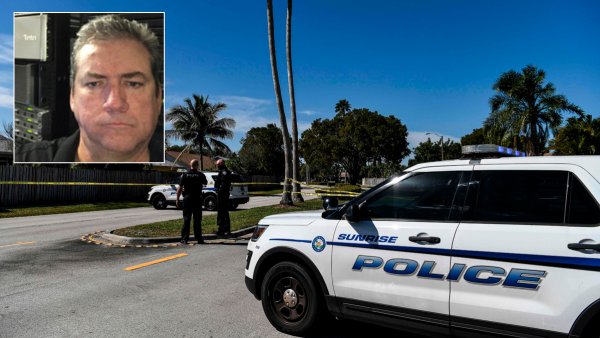 Family, friends and law enforcement colleagues will be participating in memorials for the agents at Hard Rock Stadium.

Both events are closed to the public and limited to invitation only due to COVID-19 restrictions.

Florida Gov. Ron DeSantis on Friday directed that flags be flown at half-staff on Saturday at the Broward County Courthouse in Fort Lauderdale, Parkland City Hall, and at the State Capitol in Tallahassee in honor of Schwartzenberger. He directed flags to be flown at half-staff on Sunday at the courthouse, Weston City Hall, and the State Capitol in honor of Alfin.

Funeral services are being arranged in Coral Springs for Schwartzenberger and in Hollywood for Alfin.

FBI officials said Schwartzenberger and Alfin had both dedicated their careers to working crimes against children cases.

Alfin gained international attention when he led a team that shutdown a major worldwide child pornography website several years ago.

The 36-year-old joined the FBI in 2006 and began in the Albany, New York office before coming to Miami in 2017. He leaves behind a wife and one child.

Family and friends gathered for a private viewing for fallen Agent Laura Schwartzenberger days after she was killed during a raid in Sunrise. NBC 6's Kim Wynne reports

Schwartzenberger, 43, was an agent for 15 years and was part of Rockway Middle School's law studies magnet program, teaching children about the internet's dangers, including sexual exploitation and cyberbullying.

Schwartzenberger started her career in New Mexico before coming to the Miami Field Office in 2010. She leaves behind a husband and two children.

Three other agents were wounded in Tuesday's shooting, one of the bloodiest in FBI history. The suspect who opened fire died at the scene.

At the scene Friday, multiple bullet holes could be seen in the front window of the suspect's first floor apartment as the incident remained under investigation.

The investigation continued Wednesday into the FBI raid in Sunrise that left two agents dead and three wounded in one of the bloodiest days in the agency's history. NBC 6's Marissa Bagg reports

Meanwhile, as the community continues to mourn the loss of the hero agents, groups that help families of first responders killed in the line of duty are stepping up.

The Tunnels to Towers Foundation, based in New York and born from the 9/11 tragedy, has set up a fundraiser to pay off the mortgages of the families of the fallen agents.

"As they were out protecting children, Agent Alfin and Agent Schwartzenberger left these families and they went out there to protect us and our families and they didn’t come back," said John Huvane, a retired NYPD detectives who works with the organization. "We will pay off their mortgages and take that financial burden off their plate. These children will not have to move based on loss of income or loss of a parent."