Some Florida Teachers, Law Enforcement Could Soon Be Eligible for Vaccines: DeSantis

Speaking at a news conference in Hialeah, DeSantis said the state could soon offer vaccine shots to classroom teachers, law enforcement officers and firefighters 50 and older. 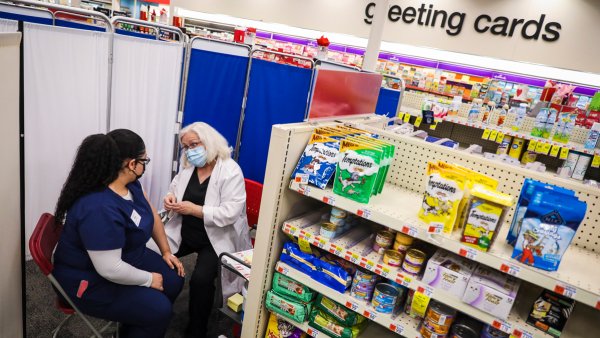 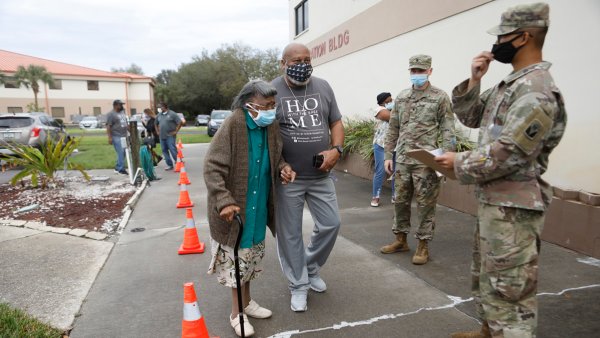 DeSantis said the opening next week of four new federally supported vaccination sites, including one at Miami-Dade College, could make it possible.

"As long as it works out to where the doses will be allowed for this, we want that to be open not just to seniors but to sworn law enforcement and classroom teachers," DeSantis said.

Florida has made vaccines available to people 65 and older as well as frontline healthcare workers, including paramedics who are part of fire departments.

DeSantis said the federally supported sites, which will also be opening in Orlando, Tampa and Jacksonville, will be managed at the state level but will offer thousands of additional doses above the state's current allotment.

The state is currently polling police and sheriff's departments to get information on how many workers they have who might want the vaccine, DeSantis said.

Miami-Dade Police officials said Monday that of the 565 officers who have tested positive for Covid, 37 of them still are not back at work.

"He’s finally crunched the numbers, I think, to get to the point where now the shots are coming from the federal government, he’s going to make sure that police and the teachers get these shots, and he’s just trying to determine the age brackets as to how to start giving them these shots," Diaz said.

The unions representing the state's police officers and teachers both said Tuesday the governor's announcement is welcome news but does not go far enough. Both said the program needs to be quickly expanded to include all members of those professions, not just those 50 and older. At least 37 Florida educators and 27 law enforcement officers have died of COVID-19, according to the unions.

“It's a start,” said Bobby Jenkins, president of the Florida Fraternal Order of Police, about the governor's announcement. He said police officers are highly vulnerable to the disease “because we can't always cover up or social distance.” He said police officers also tend to be younger, so limiting the vaccine to those 50 and over won't have a huge effect overall.

The union is also trying to educate its members on the vaccine's safety — he said polls of some departments show that only about 30% of officers say they will take the shot, with the rest concerned about unknown side effects. Medical officials have said serious side effects from the vaccine are extremely rare.

Andrew Spar, president of the Florida Education Association, said all teachers and staff, regardless of age, are at high risk and should be vaccinated as soon as possible, particularly those with health issues such as diabetes and asthma. There about 200,000 public school teachers and 100,000 support staff statewide and almost all of them are working on campus. The state also has more than 40,000 private school teachers and staff.

“The good news is that the governor is finally starting to listen to...what the medical and scientific community is saying — educators should be a priority,” Spar said. “I still think he's approaching it (vaccinations) incorrectly....The reality is that this virus attacks people who are at high risk and age is not the only risk.”

Karla Hernandez-Mats, president of the United Teachers of Dade, said it was a good start.

"We'll continue to press on our goal and our goal is that one day all teachers will have access to the vaccine," she said in a video statement. "Nevertheless, this is a start and we hope that all teachers that are the age of 50 and older will definitely take advantage of this opportunity."

Wayne Bernoska, president of Florida Professional Firefighters, said Tuesday's announcement does not have as much of an effect on his members as many of them were already eligible — he was vaccinated in December. He said many firefighters were originally leery of getting the shot, but that is changing as they see their inoculated colleagues have had no side effects. He said that is important as firefighters live together when they are working.