Last year, Juneteenth celebrations were canceled due to the pandemic.

This year, many in South Florida are anticipating and celebrating Juneteeth this Saturday. Especially now that many know what the holiday is about.

Foster has studied African American and Black culture for over a decade and is currently the Regional Manager at the African American Research Library and Cultural Center in Fort Lauderdale. She says people are now more aware of Juneteenth, especially since it's gained national recognition. 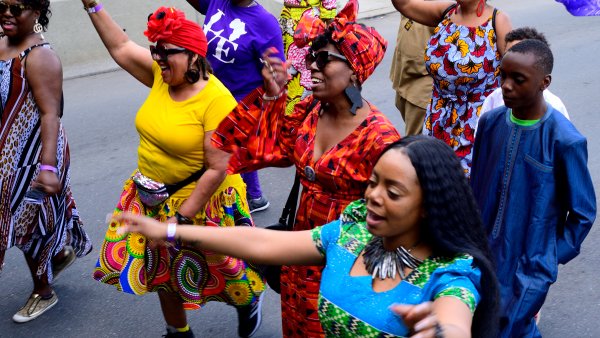 Juneteenth Is Now a Federal Holiday. What Does That Mean for US Workers This Year?

"Because of the kind of conversations and people’s attention on Juneteenth, it has elevated to a national level and so there’s more eyes on it," Foster said.

On June 19, 1865, Black slaves in Galveston, Texas were told they were now free by the Union Soldiers, about two and a half years after the Emancipation Proclamation.

After the Emancipation Proclamation in 1863, slaves in Texas were not told they were free. Things didn't change until 1865 when troops arrived to ensure that. "You can in fact be free, but if you don't recognize it, you're going to live like an enslaved person," Emory University professor Andra Gillespie says about the history of Juneteenth.

Here in South Florida, there are dozens of events on Saturday celebrating Juneteenth.

“We’re having a historian come out and educate not only about a Texas aspect of why Juneteenth came about, but even Florida‘s history within Juneteenth,” said Kenasha Paul, the founder of the Black Professionals Network, who is putting together a Juneteenth event for the city of North Miami Beach.

Event organizers hope Juneteenth not only highlights a chapter in history but also unites people of all backgrounds.

“For folks who are just learning about Juneteenth, that they get out and enjoy some of the wonderful offerings throughout the entire South Florida community,” said Foster.