‘We Need Intervention': South Florida Leaders Call on US to Support Cuban Protesters

The show of support continued Monday at Miami Cuban restaurant Cafe Versailles, where supporters gathered for a "liberty" rally

South Florida leaders and members of the Cuban exile community continued their calls Monday for support of protesters in Cuba following one of the biggest anti-government demonstrations in the island's recent history.

Thousands marched in Havana and other cities and towns throughout Cuba Sunday, chanting "Freedom," "Enough" and "Unite" to protest against the government of Miguel Díaz Canel as the country is going through its worst economic crisis in decades. 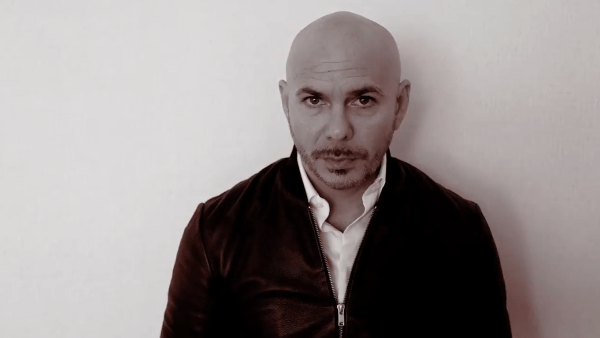 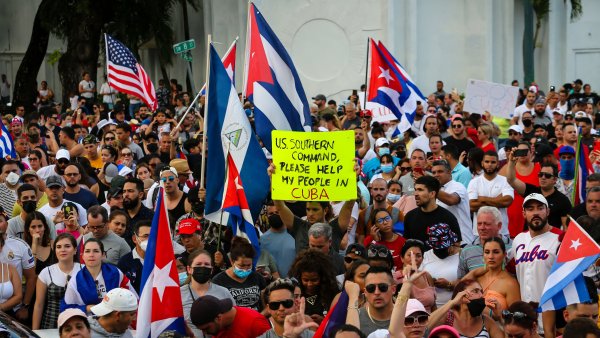 As the protests took place in Cuba, supporters flooded the streets of Miami's Little Havana neighborhood Sunday to show their support.

The show of support continued Monday at Miami Cuban restaurant Cafe Versailles, where supporters gathered for a "liberty" rally.

The Cuban exile community in Miami gathered in Little Havana in support of the protests in Cuba. NBC 6's Jamie Guirola reports

"The hour of freedom has arrived," Miami Mayor and Cuban American Francis Suarez told the crowd. "A spontaneous uprising that has never happened in the last 60 years has happened in more than a dozen cities across Cuba."

Protestors are expected to gather Tuesday for another event, this one scheduled to take place at Tamiami Park.

Suarez said the Cuban government has shut down Internet access, electricity, and is beating and arresting protesters in response, and he called for intervention by the U.S. government.

Some gathered supplies and said they would somehow try to deliver them to Cubans, planning to sail to the island. They gathered at the 79th Street Marina in Miami to set sail, but thunderstorms delayed the boats Monday night.

The U.S. Coast Guard released a statement warning these groups about the dangers of making the trip and asked them not to make that journey.

Some in Miami gathered supplies and said they would somehow try to deliver them to Cubans, planning to sail to the island. NBC 6's Cristian Benavides reports

"The Cuban people are bravely asserting fundamental and universal rights. Those rights, including the right of peaceful protest and the right to freely determine their own future, must be respected," Biden's statement read. "The United States calls on the Cuban regime to hear their people and serve their needs at this vital moment rather than enriching themselves."

President Joe Biden and White House Press Secretary Jen Psaki say the Administration is looking for ways to help the people of Cuba.

"We stand united with the Cuban people on the island and all across our own community at this historic moment in the struggle for freedom, dignity and basic human rights," Levine Cava said. "We stand with them and we pray for their courageous actions to begin to bring about real change and move us closer to a vision of a free Cuba."

There remains tension in Cuba following the historic protests, while support grows in South Florida for the Cuban people.

At another gathering in Miami Monday, the leader of the Assembly of the Cuban Resistance also asked for the U.S. to act.

U.S. Sen. Marco Rubio, a Cuban American from Miami, has been tweeting support for the Cuban protests since they began.

"Protests in #Cuba aren’t simply about “shortages." Socialism promises guaranteed food, medicine & income if you give up your freedom," Rubio tweeted Monday morning. "When, as always, it fails to deliver you don’t get your freedom back. That’s why the protestors are chanting “Libertad” #SoSCuba #PatriaYVida."

Florida Lt. Gov. Jeanette Nunez, a Cuban American and native of Miami, said Monday that Gov. Ron DeSantis was monitoring the events in Cuba and preparing for any "impacts" from the protest in Florida.

DeSantis had tweeted out his support for the protesters Sunday evening.

"Florida supports the people of Cuba as they take to the streets against the tyrannical regime in Havana," DeSantis tweeted. "The Cuban dictatorship has repressed the people of Cuba for decades & is now trying to silence those who have the courage to speak out against its disastrous policies #SOSCuba."