Protesters gather throughout Miami Tuesday in solidarity with people in Cuba

South Florida's show of support for the Cuban people continued Tuesday with demonstrators shutting down a section of a major Miami-Dade highway for hours following massive protests on the island nation.

A large group of demonstrators gathered at Coral Way and Southwest 87th Avenue early Tuesday afternoon to support the Cubans who took to the streets in cities throughout Cuba over the weekend as they face the country’s worst economic crisis in decades. 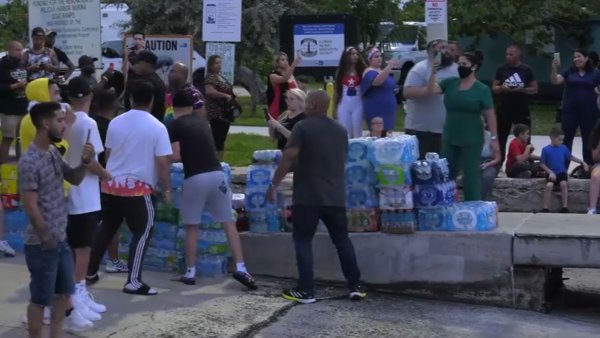 South Florida Boaters Gather Supplies, Hoping to Deliver Them to Cuba Amid Protests 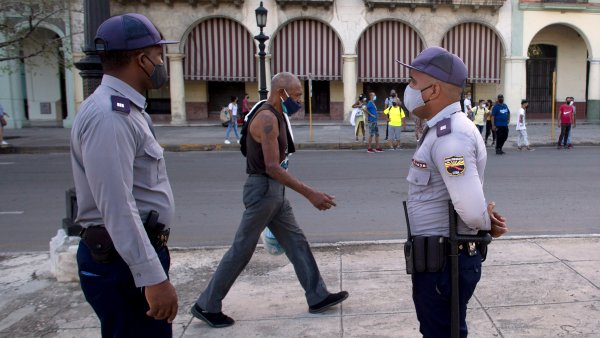 Dozens of South Floridians waved Cuban flags as they gathered at the intersection and chanted "Libertad" and other messages.

The group eventually made their way to the Palmetto Expressway, which had to be closed down near Coral Way as demonstrators sat down and began blocking traffic.

Footage showed Florida Highway Patrol troopers and Miami-Dade Police officers directing traffic off the highway as a massive backup of cars could be seen.

Another group of protesters marched onto another section of the Palmetto Expressway as demonstrations continue in support of freedom for the island nation. NBC 6's Ryan Nelson reports

On Tuesday night, an unannounced protest popped up in Little Havana Tuesday night. A crowd huddled in the middle of 8th Street in front of the iconic Versailles restaurant. Miami police shut down that road.

Earlier in the evening, a charged crowd stood in the rain in another demonstration at Tamiami Park. That event was organized by the Assembly of the Cuban Resistance, where demonstrators came with more echoes for a free Cuba and the basics for its people, including food, medicine and internet.

The demand for freedom and for the end of the Cuban regime comes on a date many Cubans will never forget. Twenty-seven years ago, a tugboat attempting to flee Cuba sunk and 41 people died. The Cuban state was accused of using water hoses to attack the men, women and children on board.

NBC 6's Jamie Guirola has more on several demonstrations -- including an impromptu gathering on SW 8th street and an organized rally at Tamiami Park -- that all echoed the message of freedom for Cuba.

Earlier Tuesday, an event to mark the grand opening in Little Havana of a monument to the anti-Communist guerrilla fighters in Cuba took on a special significance.

The event to honor the Cuban fighters had been organized before the protest.

"This was done today in the midst of these historic protests in Cuba and this is about the history of the fighting for freedom in Cuba which continues until today," Miami Mayor Francis Suarez said at the event. "This does not just impact Cuba, it impacts the United States."

At a separate event at the American Museum of Cuban Diaspora in Miami, Florida gov. Ron DeSantis and Lt. Gov. Jeanette Nuñez held a roundtable discussion on the recent events in Cuba.

The round table was closed to reporters, but the governor and others asserted during a news conference later that the street protests in Cuba were more than just about shortages of vaccines, food and other basic items.

“They are revolting against a corrupt communist dictatorship that has ruled that island with an iron fist for over 60 years, that is responsible for death and destruction, not just on the island of Cuba but really throughout the Western Hemisphere, with their actions supporting other Marxist regimes,” DeSantis said. "These are people that fundamentally desire a fresh start. And they desire a free society.”

Nationwide protests last year under the Black Lives Matter movement drew attention to racial injustice in the U.S. after the killings of Black people by police. Earlier this year, DeSantis signed into Florida law a measure that enhances penalties against protestors who turn violent and allows criminal penalties against those who organize protests that turn violent. DeSantis dismissed similarities between Black Lives Matter and Tuesday's demonstrators.

“These are people that are rebelling against a communist dictatorship,” the governor said. He said the demonstrations in Miami were “fundamentally different than what we saw last summer.”

DeSantis, who is said to be considering a run for the White House in 2024, declined to directly respond to how Democratic President Joe Biden's administration should be addressing the developments in Cuba. But he said federal officials should not be satisfied with the Cuban government making small accommodations to quell the demonstrations.

DeSantis and others urged the communist government to restore internet service so Cubans could share their grievances with the rest of the world. Failing that, DeSantis said, he encouraged private businesses to find some way to help Cubans regain access to the internet.

Republican U.S. Rep. María Elvira Salazar, whose parents were Cuban exiles, said the U.S. needs to speak with one voice in persuading the Biden administration to heed the calls from the Cuban community to stand tough against the Cuban government.

“We cannot negotiate with the regime at this hour,” Salazar said.

Another protest by Students for a Free Cuba also took place in Miami Tuesday afternoon outside Cafe Versailles.

“I’ve watched my parents and grandparents and all they’ve been through and what a lot of people have been through in Cuba and I think it’s time for the youth to get together and bring about change because I think we can really do that," organizer Gabriella Gutierrez said.

Miami wasn’t the only Florida city where demonstrators gathered. For a second day, Cuban-Americans in Tampa gathered Tuesday at an intersection, blocking traffic and waving Cuban flags. Like the group in South Florida, Tampa demonstrators attempted to gain access to Interstate 275, but police held them back. Television images showed dozens of protesters in a city that traces its Cuban heritage back generations. Orlando also had hundreds of protestors blocking a busy street for about an hour Tuesday evening.