The South Miami man accused of killing his wife and posting a photo of her body on Facebook appeared in a Miami-Dade courtroom Thursday where he was formally arraigned.

Derek Medina, 31, had initially been charged with first-degree murder in the Aug. 8 shooting death of 26-year-old Jennifer Alfonso.

But on Thursday, that charge was reduced to second-degree murder, though it could still be a first-degree murder charge when the Miami-Dade grand jury meets next month.

"A prosecutor has the ability to file any charge he wants if he deems that he has a good faith basis except for first-degree murder," said Medina's attorney, Saam Zangench. "For them to get a first-degree murder indictment, they have to go in front of a grand jury and the grand jury is unavailable until September. So while second-degree murder is charged, it doesn't preclude the prosecution from amending the charges later." 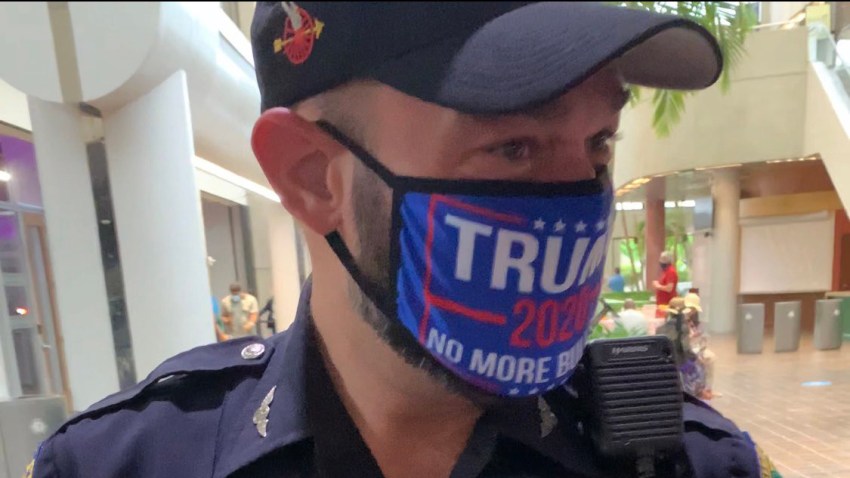 Medina pleaded not guilty to the murder and child neglect charges but didn't enter a plea for the shooting a deadly missile charge. His trial date was also scheduled for Nov. 4.

Family members of Alfonso and Medina attended the Thursday hearing but didn't comment.

Police said Medina and Alfonso were fighting in their townhome when he claims she pulled a knife on him. Medina, armed with a pistol, shot Alfonso six or eight times because she was punching him, Medina told police.

According to a police search warrant, Medina admitted to posting the photo and an admission on his Facebook page before he surrendered to police.

"Im going to prison or death sentence for killing my wife love you guys miss you guys take care Facebook people you will see me in the news," he wrote. "My wife was punching me and I am not going to stand anymore with the abuse so I did what I did I hope u understand me."

Alfonso's 10-year-old daughter was home during the murder but wasn't harmed, officials said.

Medina, who is being held without bond, will be back in court on Oct. 24 for a status hearing.