The Sunrise Police sergeant seen on body camera footage putting his hand on another officer's throat has been arrested on battery and assault charges.

Sgt. Christopher Pullease was arrested Thursday and was booked into Broward County's main jail, online jail records show. He avoided answering questions from reporters after bonding out later in the day.

The Sunrise Police Department confirmed that Pullease faces charges of battery on an officer, assault on an officer, tampering with or fabricating physical evidence, and assault.

Pullease was relieved of supervisory responsibilities in January and was put under an internal affairs investigation following the Nov. 19 incident.

Pullease had responded to a scene after a suspect — 25-year-old Jean Similien — in a violent felony had been arrested and officers were trying to put him in the backseat of a patrol car.

The suspect was resisting officers, but after he'd been put into the patrol car, Pullease approached and got into a verbal altercation with the suspect, which Sunrise Police Chief Anthony Rosa called "inappropriate and unprofessional."

In an effort to de-escalate the situation, another officer approached Pullease from behind and grabbed him by his duty belt and pulled him away, Rosa said.

Police body camera footage showed Pullease turning around while back pedaling then momentarily placing his hand at the throat of the officer while pushing the officer backwards.

Pullease yells at the officer, "Don't ever (expletive) touch me again." Moments later, he tells the officers to stop their cameras. 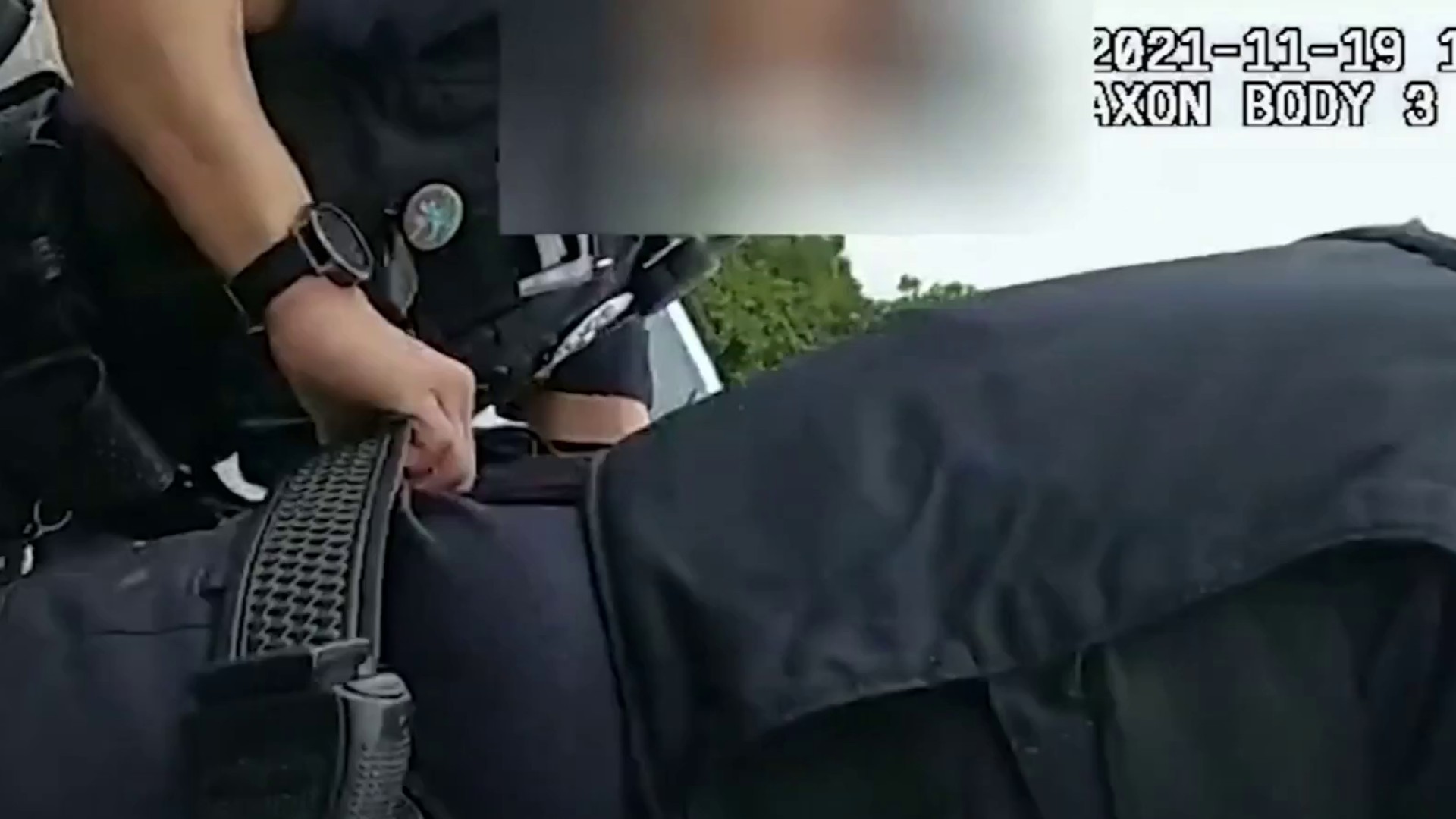 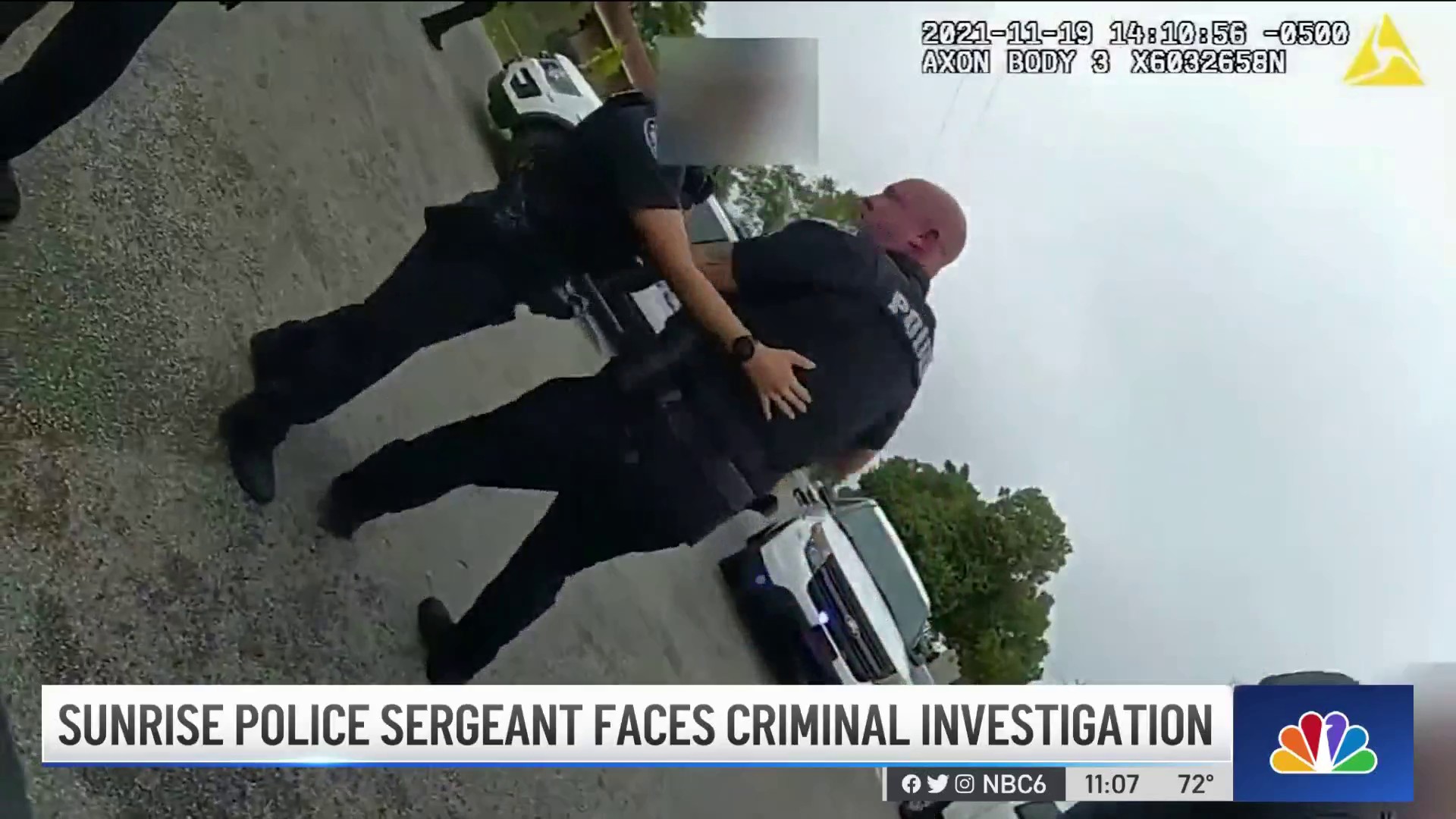 A Sunrise Police sergeant is under investigation after body camera footage showed him putting his hand on another officer's throat.