Stella Koniezpolski was on vacation at the time of the collapse

Three people are in jail accused of stealing thousands of dollars in an elaborate fraud scheme from at least seven victims of the Surfside condo collapse in June.

While investigators have not named the victims, Stella Koniezpolski says she was one of them.

Stella says she was on vacation at the time of the collapse and returned to Surfside to learn she had lost everything.

“Two weeks I was crying day and night with what happened with my apartment. Then I got a little bit better. Then all of a sudden, this,” she said. 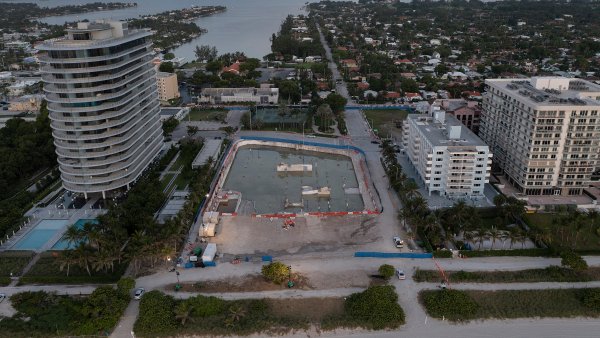 She says thieves had stolen her identity and began spending thousands of dollars on her credit card.

She told NBC 6 they even changed her listed address.

“Somebody, those crook people, went to the post office, and said, 'Ms. Stella Koniezpolski, she’s very sick, and I’m taking care of her. The mail has to go to my home,'" she said. “… Meantime, statements coming, fraud. $2,000 here, $3,000 there. So I went to the bank, and they straightened out everything.”

“The loss of 98 lives was, and is, still painfully tragic. But for a group of alleged identity thieves, it was a time to make some money,” said Fernandez Rundle.

They say the purse was also allegedly purchased with stolen credit cards.

The State Attorney’s Office says Medina even called Barclays, pretending to be a deceased victim.

“Did you request a new card on the 6th of July?” asked the operator.

“Yes because I was a victim of the towers that just collapsed the Surfside,” said Medina.

Investigators say they were first alerted to the scheme by the sister of a victim who died in the collapse. They say she spotted bizarre transactions, and money being leaked from her deceased loved one’s account.