Search crews going through the ruins of a Surfside condo tower pulled six more bodies from the rubble Wednesday, bringing the number of confirmed dead to 18. It was the highest one-day toll since the building collapsed almost a week ago into a heap of broken concrete.

The number of residents unaccounted stands at 145.

The Guara sisters, along with their mother, are now among the ones confirmed dead following the Surfside collapse. NBC 6's Julie Leonardi reports

Miami-Dade Mayor Daniella Levine Cava said during an evening briefing that two children were among the dead. Sisters Lucia Guara, 10, and Emma Guara, 4, were recovered Wednesday, as well as their mother, 42-year-old Anaely Rodriguez, who is also known as Ana Guara. Andreas Giannitsopoulos, 21, was also recovered. 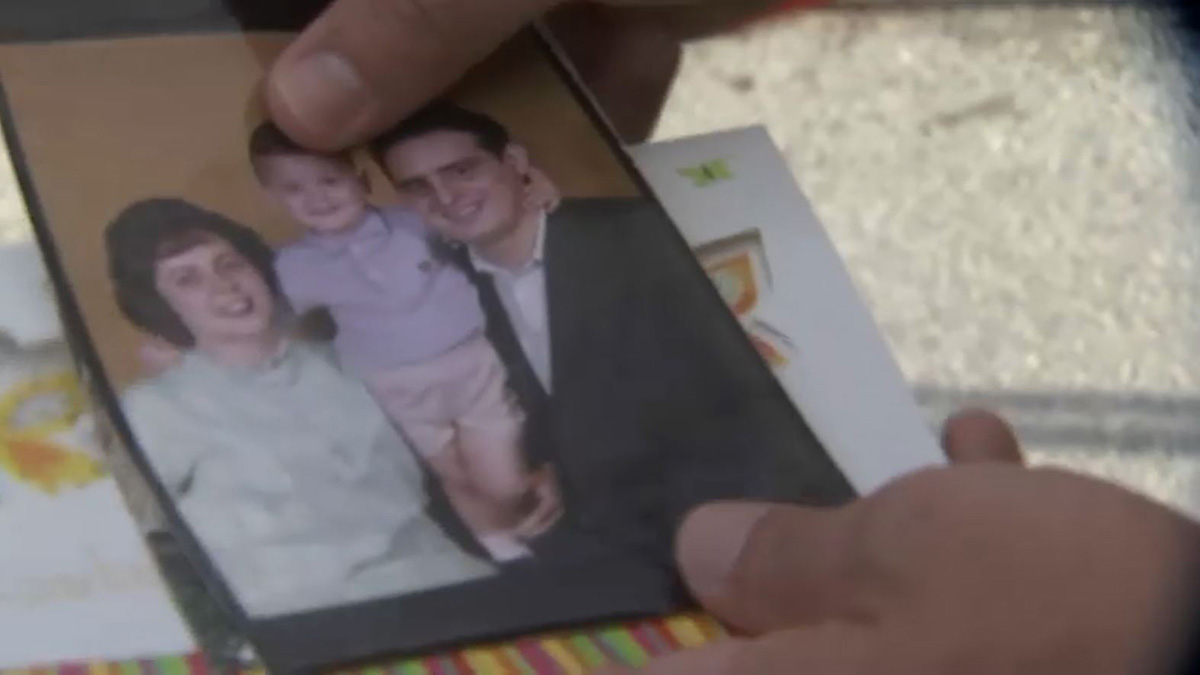 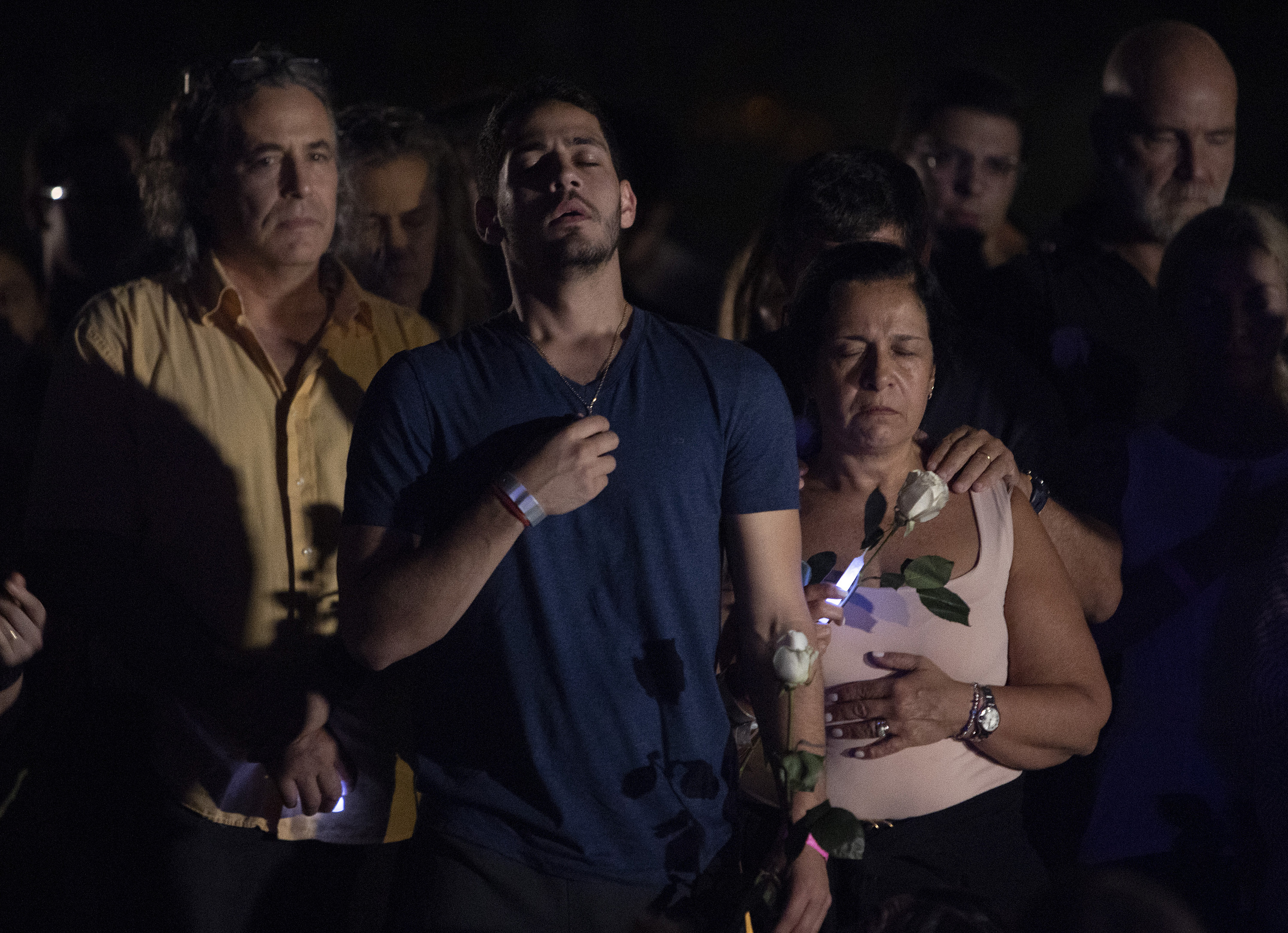 Following Surfside Condo Collapse, Profound Loss For Many, Survivor's Guilt For Some

Earlier in the day, crews searching for survivors in the ruins of a collapsed Florida condo tower built a ramp that should allow the use of heavier equipment, potentially accelerating the removal of concrete that “could lead to incredibly good news events,” the state fire marshal said Wednesday.

Since the sudden collapse of the 12-story Champlain Towers South last week in Surfside, rescuers have been working to peel back layers of concrete on the pancaked building without disturbing the unstable pile of debris.

Miami-Dade Assistant Fire Chief Ray Jadallah told family members at a morning briefing that rescuers found four bodies Tuesday night. He said the victims' next of kin had not yet been identified.

Jadallah said that in addition to those four bodies, crews also found other human remains.

Rescuers were able to build a ramp for a crane to reach areas at the top of the pile they had not been able to access before, Jadallah said.

"We hope to start seeing some significant improvement in regards to the possibility of (finding) any voids that we cannot see," Jadallah said.

Dump trucks were seen leaving the site Wednesday full of debris that had been moved out of the way.

Over the course of one week, multiple vigils have been erected as families wait for news of their loved ones. NBC 6's Jaime Guirola reports.

Work at the site has been deliberate and treacherous. The pancake collapse of the building left layer upon layer of intertwined debris, frustrating efforts to reach anyone who may have survived in a pocket of space.

Several members of an Israeli rescue team worked partly on hands and knees Tuesday over a small section of the rubble, digging with shovels, pickaxes and saws. They removed debris into buckets that were dumped into a metal construction bin, which was periodically lifted away by a crane. The crane then delivered an empty bin.

Miami-Dade Fire Chief Alan Cominsky said the work has been extremely difficult, but "we're out here 110%."

"These are the times that are the most difficult,” Cominsky said. “We are here to do a job. We are here with a passion. Hopefully, we have some success.”

Charles Cyrille of the Miami-Dade County Office of Emergency said 900 workers from 50 federal, state and local agencies were working seamlessly on the search.

Officials said in some cases, multiple family members have reported the same relative missing to detectives attempting to hunt down information about those unaccounted for from the collapse.

In other cases, family members have given both the Hebrew and English names of the missing, confusing detectives about whether they're dealing with one or two people.

“We’re getting this information from lots of different sources, and often not complete," Miami-Dade Mayor Daniella Levine Cava said. “It’s very important that we go through and cull the list.”

Detectives have been working around the clock tracking down leads about the missing from family members and friends, who sometimes provide incomplete information, the mayor said.

“We are sifting through all of this information to determine which of these reports are in fact new and which are duplicates, and this is a slow and methodical process," Levine Cava said. “These numbers are very fluid and they continue to change."

The cause of the collapse is under investigation. A 2018 engineering report found that the building's ground-floor pool deck was resting on a concrete slab that had “major structural damage” and needed extensive repairs. The report also found “abundant cracking" of concrete columns, beams and walls in the parking garage.

Just two months before the building came down, the president of its board wrote a letter to residents saying that structural problems identified in the 2018 inspection had “gotten significantly worse” and that major repairs would cost at least $15.5 million. With bids for the work still pending, the building suddenly collapsed last Thursday.