As urban search and rescue teams continued their search for survivors at the Surfside condominium collapse site Monday, the first radio calls from rescue workers who responded to the building are being heard.

NBC 6 exclusively obtained the internal radio communication from when the building first went down early Thursday. 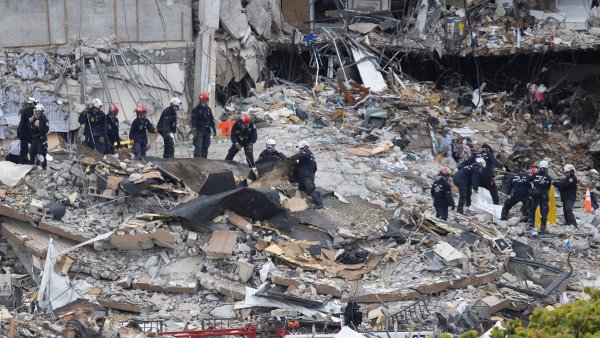 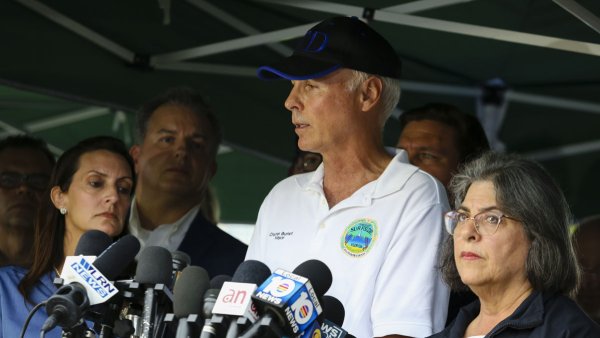 Among the first to arrive at the Champlain Towers South Condo at Collins Avenue and 88th Street was Miami-Dade Fire Rescue Engine 76.

The radio calls also give the first details on what could be seen by the rescue teams, including a comparison to the World Trade Center in New York.

"I see many people are the balconies. There's no elevators. The building is gone. There are no elevators. It almost resembles the Trade Center," the Engine 76 firefighter said.

Mayor Daniella Levine Cava met with the media during the fifth day of search and recovery from last week's tragedy.

"Some people are evacuating. They said it sounds like they heard a bomb," a firefighter from Engine 44 said.

Experts said more lives could have been lost but for the way the first emergency teams handled the disaster. Firefighters can be heard giving instruction to their colleagues on how to approach the dangerous structure.

"Pull up to the light and stop. We need to contain this whole area. This building does not look stable," a firefighter says in the calls.

Search and rescue expert and retired City of Miami assistant fire chief Pete Gomez said what he heard in the communications saved lives of residents who were trapped and firefighters as they showed up.

"There’s no doubt. Not only the victims that were there — the people that needed to be rescued — but maintaining a command and control presence for the units that were coming in," Gomez said. "You know that we cannot have people going rogue and doing their own thing. These folks want to go in there and they want to start working and that incident commander, Battalion One and Engine 76 at the beginning, you can tell that they were gaining control of the scene and not allowing people to go rogue because you could have lost firefighters, first responders if you didn't do that."