The Top Florida Stories of the Decade

The Sunshine State was the epicenter of all things tragic, wonderful and weird.

December 31 always marks the end of the year, but in 2019, it marks the end of a decade. In Florida, the past 10 years were defined by horrific tragedies, natural disasters, historic court cases, iconic sports teams and the quintessential (and often bizarre) "Florida Man" story. Tears were shed, local activists strove to make national change, a banana was duct-taped to a wall and was sold for millions of dollars and the Sunshine State was the epicenter of all things tragic, wonderful and weird.

Here’s a look at the stories that defined the past decade.

No hurricanes had hit Florida since 2005 before Hermine made landfall near the Big Bend in 2016 as a Category 1. In 2017, Hurricane Irma hit Florida as a Category 4 storm: 12 patients at a Hollywood nursing home died of heat exposure after Irma knocked out the air conditioner. Three nurses and an administrator were charged recently with their deaths. The strongest hurricane was Michael, which struck the Panhandle as a Category 5 in October 2018, killing 43 and devastating the town of Mexico Beach.

Four times Florida found itself in the 2010s dealing with a high-profile mass shooting, leaving 74 victims dead, changes to its gun laws and a group of motivated young survivors who pushed their message nationally.

It began in June 2016 when security guard Omar Mateen attacked Orlando's Pulse nightclub, killing 49. During the standoff, Mateen told negotiators he had sworn allegiance to the Islamic State and the attack was revenge for U.S. intervention in Iraq and Syria. He died when officers broke through a wall to engage him. The assault on the gay nightclub was deemed a terrorist attack.

A year later, also in Broward County, a 19-year-old former Marjory Stoneman Douglas High School student returned to the Parkland campus on Valentine's Day and opened fire with a semi-automatic rifle, killing 17. Suspect Nikolas Cruz had a history of violent behavior, but calls to the FBI and Broward Sheriff's Office warning he might attack a school were not investigated. Weeks later, Scott and the Legislature outlawed the sale of rifles to most people under 21 and allowed judges to ban those deemed dangerous from owning guns for a year. Stoneman Douglas survivors founded the “March For Our Lives" movement that has pushed for tougher gun laws nationwide. Cruz is awaiting trial next year. 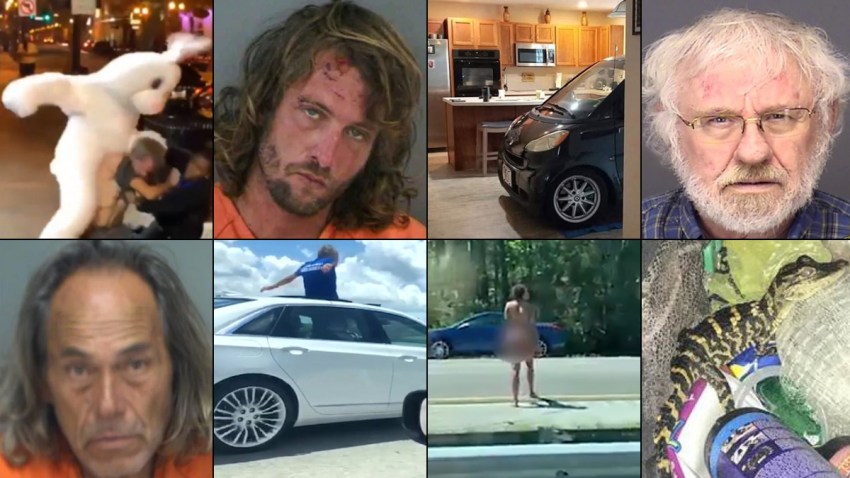 In 2010, basketball's biggest star – Lebron James – kicked off the decade by announcing he would be taking his talents to South Beach. His arrival in Miami completed a series of off-season moves that created the Big Three: James, Dwyane Wade and Chris Bosh.

After four straight trips to the NBA Finals, which resulted in two championships and two MVPs for James, the trio disbanded in 2014. Lebron returned to his hometown team, the Cleveland Cavaliers, while Bosh and Wade were forced to keep the magic alive. Unfortunately, Lebron's departure left a void in Miami's championship ways, but the banners still hang in what will soon become the former American Airlines Arena.

At the tail end of the decade, unofficial ambassador to Wade-County Dwyane Wade announced his retirement. The Miami legend went on a successful farewell tour and ended his career with one final all-star appearance.

Florida murder trials captured national attention twice in the early 2010s. In both, the suspect was acquitted.

The first was Casey Anthony, who went on trial in 2011 for the 2008 death of her 2-year-old daughter Caylee, whose body was found near the family's Orlando home five months after she disappeared. Prosecutors said Anthony, 25 when the trial began, killed her daughter because she hated parenting and then lied to investigators. Anthony's attorney stunned observers during opening statements when he alleged Caylee accidentally drowned in the family's pool and Casey's father dumped the body. The attorney presented no evidence supporting that claim, but the jury acquitted Anthony of murder, finding her guilty only of lying.

The next year, neighborhood watch volunteer George Zimmerman fatally shot 17-year-old Trayvon Martin during a fight that began as the African-American teen walked to his father's fiancee's house in the central Florida city of Sanford. Prosecutors charged Zimmerman, who identifies as Hispanic, with second-degree murder, saying he stalked the teen, provoking the altercation. Zimmerman's attorneys argued that Martin attacked Zimmerman and was bashing his head when the neighborhood watchman fired. Zimmerman was acquitted, but has been arrested since on domestic violence and other charges. He recently sued Martin's family, prosecutors and others for $100 million, saying they fabricated evidence against him.

New England Patriots owner Robert Kraft found himself in an embarrassing plight in February when prosecutors charged him with paying for sex at a Palm Beach County massage parlor. He apologized but challenged the legality of video recordings that allegedly show him and others engaged in sex. The judge threw out the video, but prosecutors have appealed.

When 2010 began, Rick Scott was nearly unknown. The wealthy former hospital CEO had been forced out in 1997 after Columbia/HCA came under investigation for Medicare fraud. Scott was never charged, but the company paid $1.7 billion in fines. Scott, riding the tea party wave, announced early that year he would seek the Republican gubernatorial nomination against state Attorney General Bill McCollum. Scott won and narrowly defeated Democrat Alex Sink in the general election, spending $75 million of his own money. Scott won re-election in 2014 over former Gov. Charlie Crist, who changed his registration from Republican to Democrat. In 2018, Scott challenged Democratic Sen. Bill Nelson, who was seeking a fourth term. Scott narrowly won, ending Nelson's long career that included stints in state government and the U.S. House.

When 2016 dawned, it appeared Jeb Bush or Marco Rubio could be the Republican presidential nominee. But Trump beat both and then carried the state that November, edging Hillary Clinton. In 2019, Trump announced he was changing his official residence from New York City to his Mar-a-Lago club in Palm Beach.

In 2013, Miami-born Steven Sotloff was working as a freelance journalist before he was kidnapped after crossing into Syria from Turkey. The following year, he was beheaded by ISIS, and the brutal killing was recorded and distributed around the world. Sotloff's beheading, along with fellow journalist James Foley's death a month prior, raised awareness of the Islamic State. The 31-year-old told stories about conflict in the Middle East and was remembered as a "voice for the voiceless."

On July 8, 2011, NASA launched Atlantis on the 135th and final space shuttle mission. Since then, no astronauts have rocketed into orbit from Florida or anywhere else in the U.S. The drought may end next year; SpaceX and Boeing are getting closer to launching astronauts to the International Space Station under NASA’s commercial crew program.

Moonlight, a film shot and based in Miami, won “Best Picture” at the Oscars in 2017. The movie is based on a true South Florida story about a young man growing up in a tough neighborhood, grappling with his sexuality. It was directed by Miami native Barry Jenkins, cost just $1.5 million to make and brought in just $22 million at the box office – making it one of the lowest-grossing films to win the best picture award.