Search and rescue teams from Miami-Dade are considered among the best and most experienced in the world, dispatched to epic disaster scenes far beyond their Florida base

Search and rescue teams from Miami-Dade are considered among the best and most experienced in the world, dispatched to epic disaster scenes far beyond their Florida base — from the rubble of the World Trade Center to earthquake-ravaged Haiti, Mexico and the Philippines.

This time disaster struck at home.

The rescuers are searching urgently for the scores of souls buried beneath the fallen 12-story wing of the Champlain Towers condo building. As of Tuesday morning, more than five days after the collapse, the death toll stood at 11, with 150 people unaccounted for. 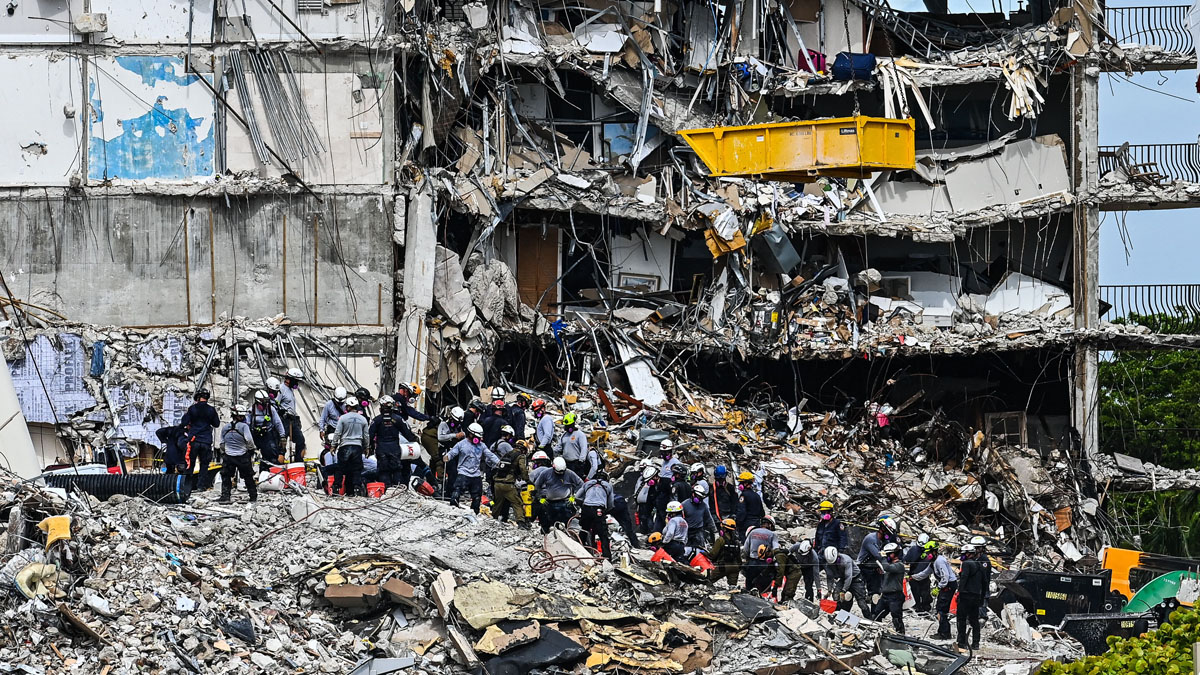 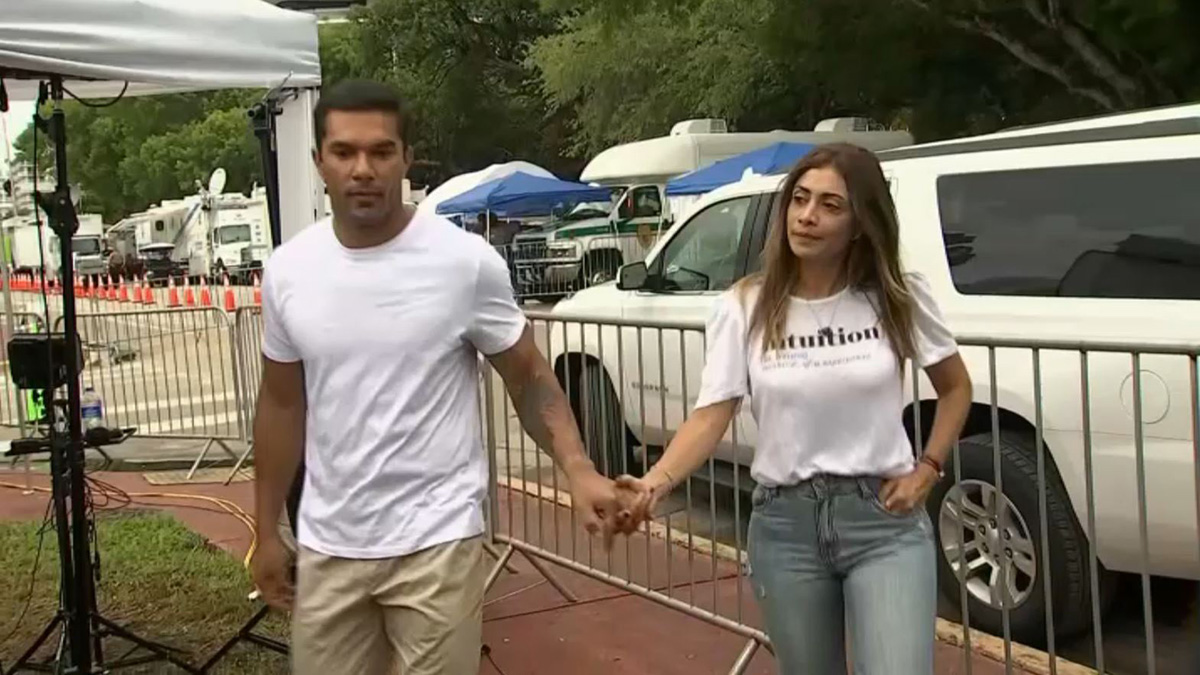 “It’s personal,” said Miami-Dade County’s former fire chief, Dave Downey, a 37-year veteran of the department who retired two years ago but joined in the search.

“I’d much rather be giving help than asking for help, but right now it’s in our own backyard,” he said from a command trailer near the pile of broken concrete and twisted metal.

Crews from across Florida and from Mexico and Israel have descended on Surfside to join the effort. More than 400 rescue workers are at the scene, rotating in and out from the rubble every 45 minutes during 12-hour shifts. At any given time, six or seven squads — each with six members — tramp over the mountain of debris or tunnel into it.

The search for survivors continued amid anguished pleas from family for rescuers to work more quickly. On-and-off downpours have not stopped the crews. Nor did a smoky fire smoldering deep within the ruins. The oppressive Florida heat hasn’t helped either.

NBC 6's Julia Bagg has the latest after 11 people have been confirmed to have died in the June 24th collapse.

Joseph A. Barbera, an expert at George Washington University on search and rescue, crossed paths with a team from Miami-Dade in 1990 while advising rescuers in the Philippines.

“They have a very strong reputation,” said Barbera, noting that the Miami-Dade search and rescue task force predates many of the other teams put in place in the United States and internationally. “I’m very confident that they will continue to do a great job.”

They've had lots of practice.

In 1985, a Miami-Dade team rushed to Mexico City, where an 8.1-magnitude earthquake crumbled homes and buildings, killing some 5,000 people. A decade later, the department sent personnel to Oklahoma City after the truck bombing at a federal building that killed 168 people.

Then on to earthquakes in Turkey, Taiwan and Colombia.

The 9/11 terrorist attacks in 2001 sent Florida crews to the World Trade Center, an especially emotional assignment. Many of the dead pulled from the debris were first responders who had rushed in to save lives.

But there were episodes of hope in Port-au-Prince, Haiti — devastated by an earthquake in 2010 — whenever rescuers pulled out a survivor. A reporter for the Christian Science Monitor recounted witnessing a Miami-Dade crew going into a collapsed building to save three children, ages 5, 7 and 14, while a frantic mother looked on from the street.

There have been other tragedies at home, including the collapse in 2012 of a parking structure under construction at Miami Dade College that killed four workers. But perhaps nothing has hit as hard as this most recent disaster.

No one has been pulled out alive from the ruins since the first hours after the building fell. Rescue workers have had to move cautiously amid the precarious pile of debris.

Alfredo Lopez, who lived on the sixth floor of the condominium complex, in a portion that remained standing, bristled at complaints that crews weren’t working hard enough or fast enough.

“When we got out there that night, I could see nothing but ambulances and fire trucks and police cars," he said. "Perhaps they didn’t get in there soon enough because they didn’t know what the hell was going on, like none of us.”

A seven-member search and rescue team from Mexico’s Jewish community is using for the first time a $23,000 suitcase-size device that uses microwave radar to see through 40 feet of shattered concrete and can detect signs of breathing and heartbeats. The team has also used dogs to sniff for victims.

“We are hopeful for a miracle,” said Ricardo Aizenman, one of the rescuers from Cadena International. It's happened before, he said. “People can live up to 15, 16 days with only water, drops of water."

“As a trauma surgeon, the one thing that I’ve learned is never count someone out. I’ve made that mistake once or twice,” Lieberman said. “And you know what? They proved me wrong.”

Lieberman was on the scene hours after Thursday's collapse and now leads a five-person medical team attached to Miami-Dade’s search and rescue unit. He has found himself treating rescue workers for blisters and injured feet, heat exhaustion and fatigue from toiling in heat approaching 90 degrees.

“These guys work 12-hour cycles. I see them coming off the pile at 12 noon and they are spent, and they’re working their way back down to their tents,” said Downey, the former Miami-Dade fire chief who now chairs the Urban Search and Rescue Committee of the International Association of Fire Chiefs

“They get cleaned up. They get a little bit of food. A few hours later, I’m talking to my guys. They say, ‘We’re ready to go, chief. Put us in. We want to get to work.’”