Alex, a teen from Ukraine, fled to Berlin with his mom and brother. His father stayed behind

Two weeks ago, we told you about the connection between a high school kid who lives in northeast Miami-Dade County, Ryan Cotzen, and a teenager in Ukraine, Alex (to guard against reprisal, we are not using his last name.)

Ryan’s been tutoring Alex in English for about a year, and now Alex knows the English words to describe what it’s like to flee a war zone, leaving everything behind, including his father.

“I can describe my journey with little words, it’s very scary because when you go by train near Kharkiv and Kyiv and hear the sounds of war, it’s very scary and terrible,” Alex said to Ryan through an internet link.

An American teen and Ukrainian teen are maneuvering through the Russia-Ukraine conflict together. NBC 6's Ari Odzer reports

Alex went from a normal teenager’s life in Bakhmut, Ukraine, to a refugee in two weeks.

“We go to new country with new people, they speak another language, and we need to think about where should we live, eat and drink,” said Alex.

When war engulfed his town, Alex, his brother and his mom packed up and left in a hurry. His dad stayed behind to fight the Russians. A long, harrowing train ride took them from Bakhmut, Ukraine to Lviv, then on to Warsaw, Poland, and then finally to Berlin, Germany.

Kids grow up fast when chaos breaks out. It’s obvious Alex was wearing his brave face when he spoke about his father. 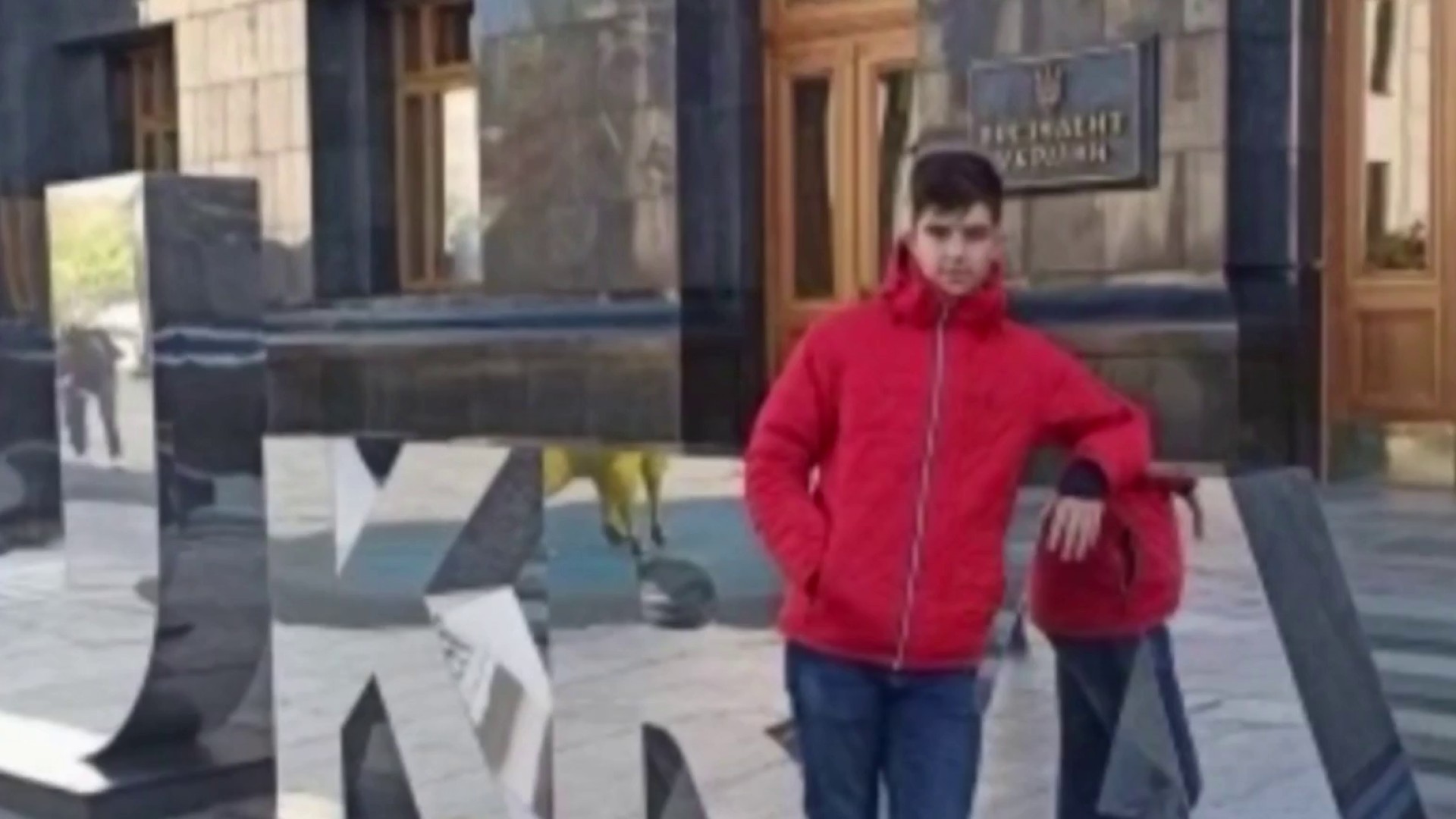 As Alex and his brother try to adjust to Germany, saying they’re determined to learn the language and go to school there, Alex says his mom can’t stop crying about their situation, about her husband, about the destruction of their country.

“It makes me 100% angry, it makes me sad about people dying in my country, and it makes me a little bit strong,” the 15-year-old said.

Alex says the family is in constant contact with his dad. When Ryan asked him if he still wants to take English lessons even as he tries to learn German, Alex said yes, because his dream is to go to college one day in England.