A community of dedicated viewers has grown in the comments section of Coral City Camera, an underwater camera located ten feet under the shallow waters near PortMiami that's on livestream 24/7

If you have yet to stumble on the Coral City Camera, a 360-degree underwater camera located along the shoreline of PortMiami, then you probably haven't met Oval, a tailless doctorfish who may just be the most famous wild fish in the world.

"Oval is the star of the show," said Colin Foord, the marine biologist who set up the camera in 2019. "We saw her the first day we put the camera underwater. Almost every single day Oval comes through, and everybody is always looking for her."

Indeed, a brief scroll through the comments section of the camera's YouTube livestream confirms Oval's popularity. "Any sightings of Oval yet?" someone asked Monday morning. "Oval could turn up at any time... Think you just need to be lucky to see him," another suggested.

Yet another pleaded, "Waiting to see Oval. I've been on and off here for days but keep missing him. I'll keep going through." (The rosy-colored fish, which is missing its tail, was presumably nicknamed for its large oval shape.)

The Coral City Camera streams live 360 degrees, 24/7 on its website and YouTube. It was installed at the east end of PortMiami, about 10 feet deep, as part of a "hybrid art-science research project" to study the city's biodiversity and provide people with a "fish-eye view into the urban marine ecosystem that has developed around the human-made shorelines of Miami."

The project, a collaboration between Coral Morphologic, the Bridge Initiative and Bas Fisher Invitational, was funded through grants from the Knight Foundation and the National Endowment for the Arts. Its public debut took place in early December, with a launch at the Pérez Art Museum that carried the livestream on a billboard floating in the waters of Biscayne Bay.

"That was kind of when we first brought it online, onto YouTube," Foord said. "We had no anticipation that it was going to serve this really important role during quarantine."

As the pandemic shut down cities, cancelled people's travel plans and forced many into quarantine, Foord said that a community of Coral City Camera watchers began to grow in the comments section of the livestream; on any given day, there were 30 to 50 people watching.

"By mid-March, that was when it really became clear how valuable and important it was, not just as a scientific tool but also as a way of bringing nature into peoples' lives, when they're all cooped up in their apartments," Foord said.

He noted that watching fish swim around in an aquarium has been clinically proven to lower blood pressure and anxiety. "The mental health aspect is something that a lot of the viewers refer to; (they say it) keeps them sane, connects them with nature," Foord said. "For people who scuba dive that haven't been able to travel, this is the way they're getting their underwater fix."

Foord is quick to respond to commenters' questions and observations about the fish. Commenters also welcome each other into the chat when new viewers chime in, and they often answer each others' questions.

"New to this site. Hooked! Asking for my wife... is a fish named "Oval" still around?" one user asked in the livestream's YouTube comment section. "Yes! We see Oval pretty much daily," another answered. "Lots of folks will post a timestamp when we see her, so you will know!"

"For me as a marine biologist, to see this is super great," Foord said about the community engagement. "You're not just looking at these anonymous fish who are coming and going; this is a neighborhood, and people live here, and this is their home."

One of the comment sections' dedicated followers who Foord had interacted with turned out to be a BBC journalist, and they eventually reached out to Foord to set up a podcast interview.

Now, Oval is an international sensation.

Since the BBC feature was posted this weekend, more than 400 people have been watching the livestream on a daily basis, a tenfold increase in viewership. "Here's Julia, from Madrid," one user commented Sunday. "Welcome Julia and to all from around the world," Foord responded.

The livestream is up 24/7 and can also be viewed at night, so Foord said that there are people from all over the world enjoying the fish at any given time. He said there are a lot of commenters from Germany on in the evening, watching the bioluminescence and noting their observations to each other.

In addition to the community-building and therapeutic optics, Coral City Camera is helping marine biologists like Foord study which corals prove to be resilient in urban underwater environments like the shallow waters around Port Miami. Foord's team collaborates with the NOAA's ACCRETE Lab at the University of Miami, taking strains of different kinds of coral from their pristine underwater nursery to test how well they do in less clean water.

Identifying the most resilient coral strain is useful for scientists to know which ones to invest in during restoration efforts, Foord explained.

Photos: Underwater Camera Near PortMiami Takes Livestream Viewers Under the Sea During Quarantine

On the project's website, it warns that the view of the water could become murky for any number of reasons, such as if there's an NOAA small craft advisory in effect or a tropical storm. Or, cruise ships.

"Because the CCC is located along PortMiami, every passing cruise ship will create strong currents that cause brief periods of cloudiness lasting roughly 5-10 minutes before returning to normal," the site says before offering a link to the cruise ship schedules. 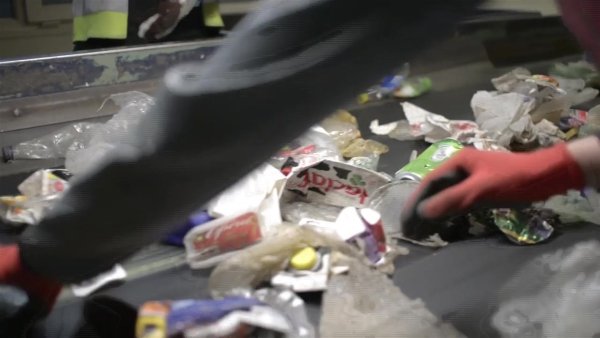 The Problem With Plastic 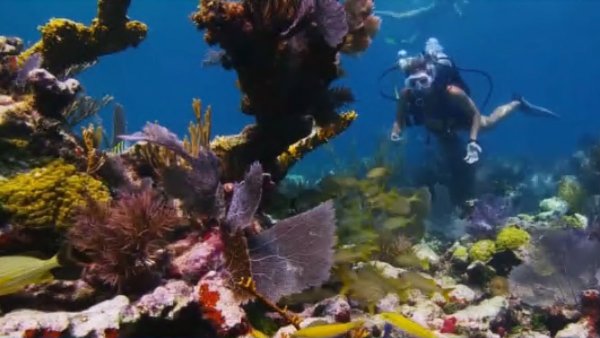 A Closer Look at Who's Protecting South Florida's Beaches, Reefs and Wildlife

​"Normally we have clearer water, but we just had a tropical storm pass this weekend. We should be clearing up over this week," Foord commented on the YouTube stream Monday, after Isaias finally made its way up the coast of Florida without causing much damage.

In addition to the research, Foord said that one of the goals of the project was to make people aware of just how much remarkable biodiversity exists in the city of Miami. He believes this is something residents should feel proud of.

"Everyone always makes fun of Miami as this artificial place that destroyed the nature. With the sea level rise, it's almost seen as this kind of doomed place," he said. "But really, there's something to be proud of if you live here. Our city has butterfly fish, and angel fish, and sharks and manatees."

"If you're a kid, to live in a place that has this in your front steps, I think that's pretty cool."