"President Trump's message to Colombia is clear: The record growth in cocaine production must be reversed," a U.S. official said

The amount of land where peasants and drug traffickers harvest the plant used to make cocaine has surged to a record high in Colombia, a White House report said Monday, a boom that could further test historically close relations with the United States.

"President Trump's message to Colombia is clear: The record growth in cocaine production must be reversed," said Jim Carroll, deputy director for the drug policy office. 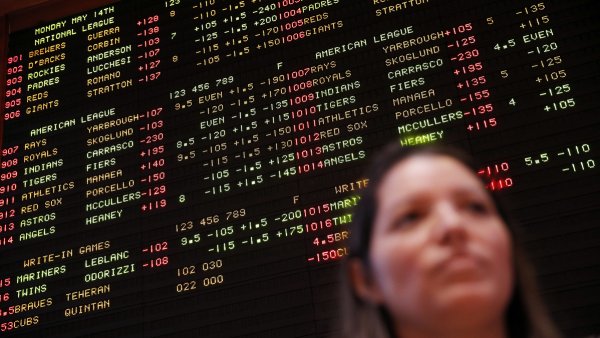 Coca production in Colombia has been steadily increasing since 2013, when negotiations with the now demobilized Revolutionary Armed Forces of Colombia got underway. The FARC had been one of Colombia's biggest drug trafficking organizations, and many had hoped after the signing of the peace accord in 2016 that the country would put an end to the scourge for good.

Instead, new illegal armed groups have moved into the desolate jungle previously controlled by the rebel band and taken control of drug trafficking routes. Parts of the peace accord dedicated to eradicating coca and providing poor Colombians who make a living growing coca with a viable alternative also have struggled to get off the ground.

Combined with Colombia's decision to end aerial spraying of herbicides on illicit crops in 2015 over health concerns, the amount of coca in the countryside continues to grow.

President-elect Ivan Duque suggested during his campaign that he might bring back aerial spraying, though he provided no details on what a new program might look like. Colombia is also moving forward with plans to spray crops with drones that can target coca plants from a shorter distance and with greater precision than the planes that previously spread chemicals from high overhead.

"Whether he's just going to spray everybody and forget them or follow the blueprint of the peace accord, it's going to be hard," said Adam Isacson of the Washington Office on Latin America think tank.

President Donald Trump threatened to decertify Colombia last year as a partner in the war on drugs if it failed to reverse the surge in production. At the time, Colombia had set a goal of eradicating 100,000 hectares (247,105 acres) through equal parts of forced and voluntary eradication. Colombia met its forced eradication goal but came up woefully short with the voluntary substitution of other crops.

Despite the eradication efforts, coca production still climbed, though last year's jump was less than the South American nation has seen in recent years.

"It just goes to show how quickly people are planting and replanting," Isacson said.

Analysts say improving conditions in Colombia's rural areas is key to freeing poor farmers from dependence on coca production, but the road has been slow.

Earlier this year, Colombia's government said that 69,000 families had signed substitution agreements and that 39,000 were receiving payments to help them transition to growing new crops like cacao and avocados. They expected those families to have substituted 30,000 hectares (74,132 acres) by the end of April.

The slow progress has been partially a result of a sluggish government with limited resources to advance an expensive project tied to the controversial peace deal. But experts say Colombia's substitution plan is also difficult to achieve because it requires peasants to completely eradicate their coca plants before they have become financially secure growing legal, alternative crops.

Juan Carlos Garzon, a fellow at the Wilson Center in Washington, said Colombia's government has also struggled to establish a presence in previously FARC-controlled territories where the vast majority of coca plants are grown.

"That hasn't happened with the intensity people had hoped," he said.

In an interview with The Associated Press on Monday, outgoing President Juan Manuel Santos said he believed that drug producers have become increasingly adept at evading eradication and that the peace process itself had in some ways created a perverse incentive for peasants to grow more coca.

Peasants with plots of coca can qualify for government subsidies if they agree to substitute the plants.

But he also said the current reduction plan puts Colombia on a trajectory to decrease coca production by at least 50 percent within five years by addressing the surge's root causes.

"Before, because of the war, we couldn't," he said. "They eradicated and the next day, the plants were replanted. Colombia seemed to be on a static bicycle."

The coca boom comes at a time when the number of new cocaine users and overdose deaths continues to rise dramatically in the United States. According to the White House, the number of people who have died from overdoses involving cocaine has more than doubled since 2013.

Carroll, the deputy director, said Colombia's government must do more and called the increase unacceptable. But he also said the U.S. would continue to work with Colombia to help the nation reduce the steadily rising numbers. White House press secretary Sarah Sanders added later that Trump had called Duque on Monday to congratulate him on his election victory and discuss security challenges the new government will face.

Duque is a conservative who has criticized aspects of the peace accord with the FARC.

"Since there is a candidate who is promising to be just as hard-line as the United States on this stuff," Isacson said, "it may get them singing off the same choir sheet."