‘We Will Rebuild': Couple's ‘Corona Bay' Quarantine Project Gets Flooded After Eta

Like so many others, Miami Gardens resident Luis Martinez was excited about his business's prospects before the pandemic hit. His wife Kirsten had just left her previous job and joined the family business, Fiesta Party Rental, which Luis was already managing with their three sons.

"It became a full circle family business, which was pretty nice," Martinez said. But when the shutdowns began in March, "you can imagine, we went weeks with nothing, not even a birthday party. We had a whole bunch of cancellations, people were panicking. Business got shut down."

With nothing to do but wait, Martinez, his wife and their sons began cleaning up their yard. The couple lives on the shores of Lake Steven along Northwest 52nd Avenue in Miami Gardens, and their backyard, which directly faces the lake, had been so far neglected.

"We started cleaning up little by little, not thinking where it was going; a little deck here, a little something to fish, something where you could have a glass of wine in the evenings," Martinez said.

As they cleaned and built, the pandemic raged on. So every day, the family kept cleaning, and kept building.

What resulted was a full double deck with a boardwalk and an entrance for the kayaks, as well as a barbecue area, a bar, and a pond for the turtles. They added seating, tiki decor, and lighting, and then they named their creation: "Corona Bay". The words were painted on a wooden sign and hammered to a palm tree.

The project took nearly three months to complete. That entire time, Martinez said, he and Kirsten would dream of the barbecues, parties and family reunions they'd soon be able to host in their freshly remodeled backyard.

"That never happened," Martinez said, chuckling. "We were still in the pandemic."

But the couple began to plan something for November, a small family gathering to celebrate Kirsten and two of their son's birthdays, as well Kirsten and Luis's anniversary, which all fall within the same month.

Now, 2020 has been disastrous enough, so Martinez could not have possibly imagined what happened next.

"On Saturday they began announcing that [Tropical Storm Eta] was coming, and it was coming with rain, not with wind," he said. "We thought, well, since it's rain we should cover things. We didn't even think of securing furniture... we didn't even think about the deck."

Come Sunday morning, Lake Steven had flooded so much that it had essentially swallowed the Martinez's backyard.

"The water was so high you couldn't see the deck anymore." The two did not initially understand what had happened: "Did it go away? The wind took it?" Martinez asked himself.

They started assessing the damage and found that the pier was at the bottom of the lake, and parts of the deck had separated from their foundation and floated up to the water's surface. Luis and Kirsten were able to salvage their metal chairs, but the rest of the structure seems to be "discombobulated," Luis said, and they won't know how much of it is fixable until the water level goes back down.

Initially, Martinez said, he felt panicked. "I saw it [before Kirsten] and yelled, Corona Bay is gone!"

But the pair is resilient. "Luckily it is only decking and decoration... it can, and will, be replaced," Kirsten wrote in her initial email to NBC 6, adding a smiley face and a smiling selfie underneath the photos of the heartbreaking damage.

"Being the kind of people we are, we will rebuild, we will do it all over again," Luis said later over the phone. "The thing is, you always gotta stay positive, no matter how things are. You have to realize that someone else had it worse, or it could have been worse on ourselves. So we always just gotta pick up the pieces and continue." 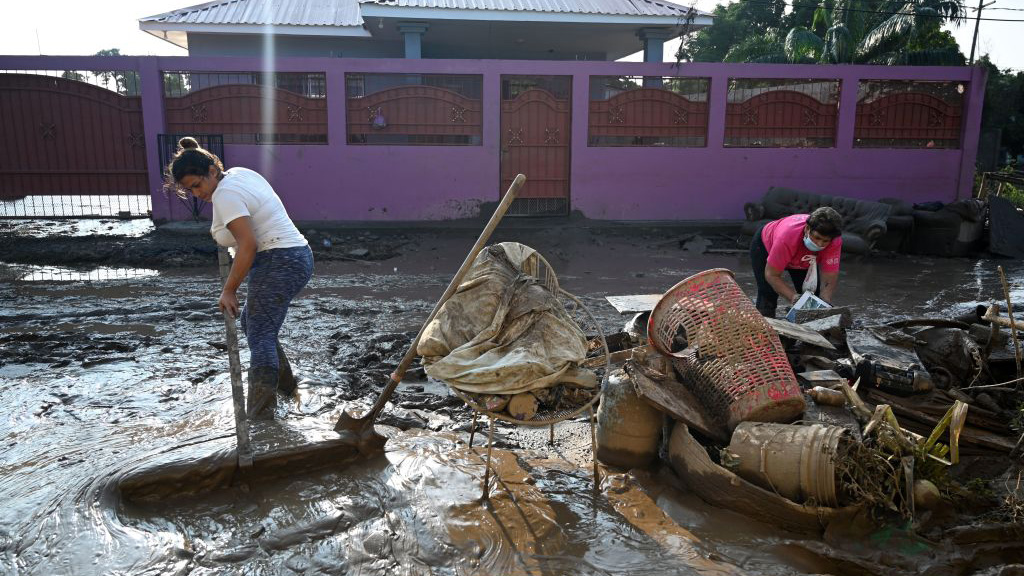 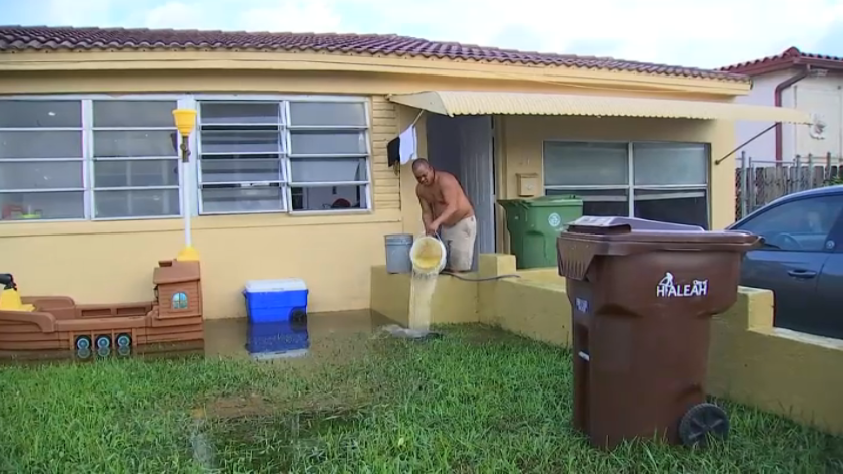 Hialeah Family Struggles to Deal With Serious Flooding After Eta

Luckily, the party rental business has begun to pick up slightly, and Martinez said that his company has had more work to do for small events since around July. But that also means he isn't sure when he and his family will have the time to reconstruct their Corona Bay.

"Those ten weeks that we had to do the project to begin with, we don't know when we're going to have that time again," Martinez said.

Some friends have suggested that he try to make an insurance claim, but Luis and Kirsten aren't concerned with receiving compensation. If anything, Luis said, the project had been a "spiritual investment, one we made with the whole family to create new memories."

And those won't wash away so easily.

Photos: ‘We Will Rebuild': Couple's ‘Corona Bay' Quarantine Project Gets Flooded After Eta