Surveillance cameras captured a man distracting a shopper at a Publix in Weston while another unzipped her purse and stole her wallet while she wasn't looking.

The theft took place after 2 p.m. on Jan. 10 at the store at 4567 Weston Road, according to the Broward County Sheriff's Office.

Footage clearly shows the two suspects enter the grocery store, walk around the produce section and zero in on their victim. One of the men starts talking to the woman over the apple section while his accomplice unzips her bag and snatches her purse without her noticing. 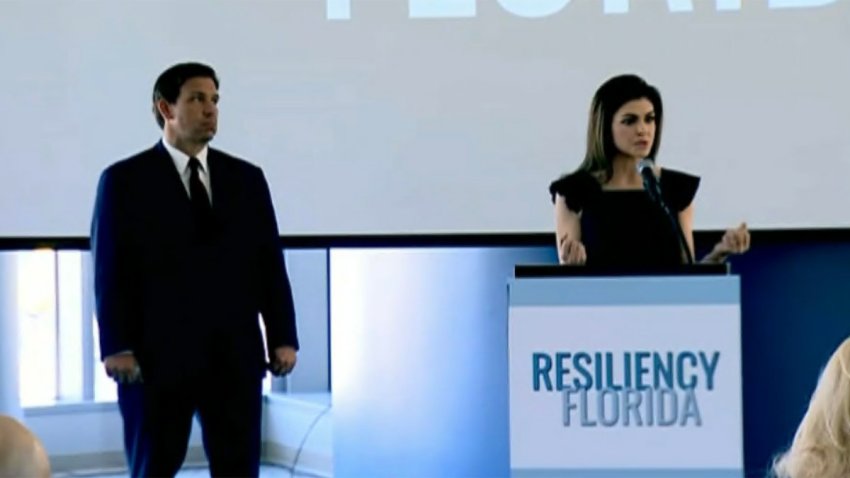 The victim did not notice her wallet was missing until she arrived at checkout. Publix staff reviewed the surveillance footage and saw the theft unfold.

One suspect is described as tall and thin, with faded dark hair, a beard and goatee and is seen wearing a black shirt, camouflage shorts and a jean jacket with the word "Future" in white letters on the sleeves. The man who carried out the theft is described as a heavy set male wearing a blue and white checkered shirt, white shorts, a khaki scarf and a blue and gray cap.

Anyone with information about the theft or the suspects is asked to call BSO Detective Michael Kravecz at 954-626-4006 or anonymously through Broward Crime Stoppers at 954-493-TIPS. Anonymous tips that lead to an arrest are eligible for a reward of up to $3,000.