What Is a Florida Blue Alert And When Is It Issued?

The alert issued by the state’s Emergency Alert System and broadcasted on televisions, radios, cellphones, and dynamic message signs on Florida's highways

Many Floridians were confused Tuesday night when they received a Blue Alert – but what is it and when is it issued?

The alert was issued for Gregory Miedema, 33, after a sheriff's deputy in Taylor County was shot multiple times before being airlifted to a hospital in critical condition Tuesday night. Officials then cancelled the alert Wednesday morning after authorities said Miedema was killed in a shootout with a homeowner.

Still scratching their heads, many confused residents turned to Google to ask, “what is a Florida Blue Alert?” 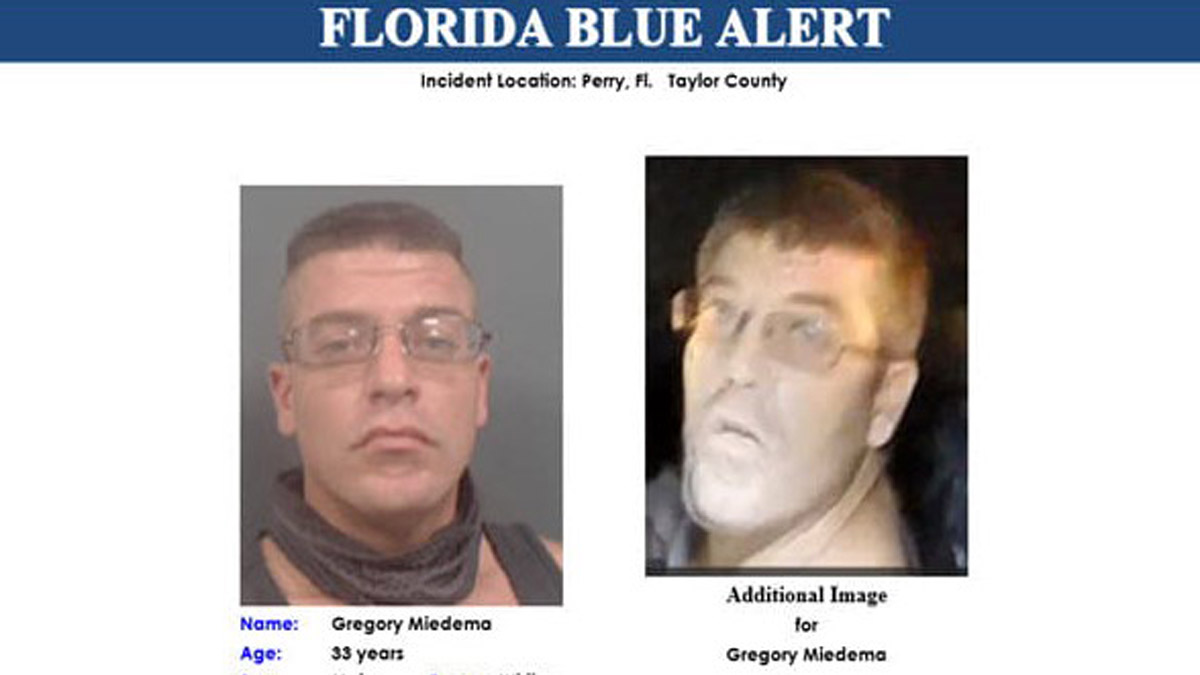 The Emergency Alert System: Everything You Need to Know

According to the Florida Department of Law Enforcement, a Florida Blue Alert is issued when a police officer is killed, seriously injured, or gone missing in the line of duty, and the suspect, who is considered a threat, remains at large.

Established by the Florida Legislature in 2011, the alert is used by the FDLE, Florida Highway Patrol and Florida Department of Transportation to release critical information about the offender in effort to prevent further harm and to assist in catching the suspect-at-large.

The alert issued by the state’s Emergency Alert System and broadcasted on televisions, radios, cellphones, and dynamic message signs throughout the state’s highways.

Officials said Tuesday's Blue Alert was the 4th issued in the state since their inception.