A 32-year-old woman who was shot in the head during a mass shooting outside of a northwest Miami-Dade banquet hall has died days later.

Shaniqua Peterson became the third person to die as a result of Sunday's shooting, her aunt confirmed to NBC 6 on Thursday. Peterson had been in a coma in the ICU with a bullet still lodged in her brain. Miami-Dade Police also confirmed her death.

"Our hearts are broken right now. She didn't deserve this," her aunt told NBC 6 on Wednesday when Peterson was still in the ICU.

A 32-year-old mother who was shot in the head during the mass shooting in Miami-Dade is still in a coma in the ICU, her family says. NBC 6's Alyssa Hyman reports

Peterson was a mother to a 12-year-old son.

Desmond Owens and Clayton Dillard, both 26, were also killed in the shooting at El Mula banquet hall. Over 20 people were injured.

MORE ON THE MASS SHOOTING 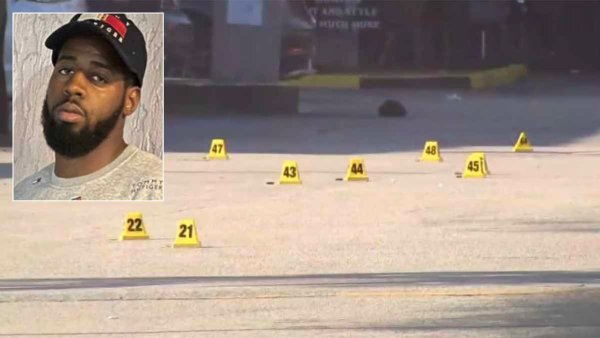 Owens' family spoke Thursday afternoon as police expanded their search for the suspects.

Miami-Dade police confirmed Thursday that they were looking into a second car they believe was involved in the shooting after reviewing surveillance video and interviewing witnesses.

In previously released footage, flashes come from near a car as three men who appeared to be the ones to open fire on the crowd jump back in a white SUV and escape. Police said they have now sorted out that the gunfire was not aimed at the three masked men leaving, but at the crowd outside the building.