Wrongly Convicted Struggle to Get Compensation for Lost Years

Florida is one of over 30 states that give financial compensation to those who have been wrongfully convicted, but as NBC 6 Investigator Sasha Jones found, that's not always the case.

For over four decades, Nathan Myers and his uncle Clifford Williams were inmates in state prison after being convicted of shooting two women and killing one of them.

Myers, who is now 62, remembers the years behind bars.

"I skid my knees every night praying, asking for forgiveness, free me for something I didn't do," he said.

The two men, who were serving life sentences, were exonerated earlier this year when a state attorney in Jacksonville took a first of its kind effort to review death penalty cases with claims of wrongful conviction.

"They say, I'll never be free, that I would die in there. But God did it," Williams, 77, said at an event following his release from prison.

But their battle for justice is not over.

They want the state to pay for the years they lost. While Myers is eligible for compensation, his uncle is not.

"We did the same time, the same day we went to prison," Myers said. "Now, you are going to tell me that he cannot get compensation for wrongful conviction."

Under Florida law, people who are exonerated can receive up to $2 million in compensation. But not every exonerated person qualifies. 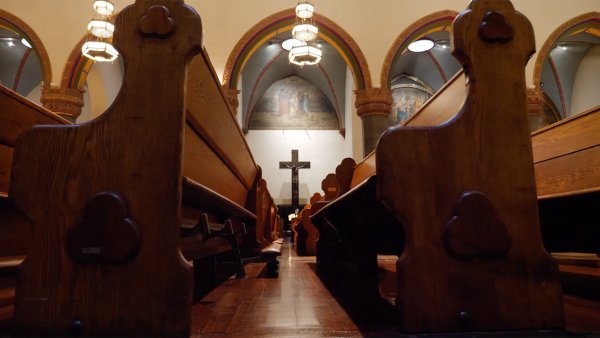 "The biggest problem is that it bars people with any prior convictions and the irony is that if you had a prior conviction, you are more likely to be wrongfully convicted in the system," said Michelle Feldman, the Innocence Project's state campaign director.

Feldman says another issue: the 90-day deadline to file for compensation.

"Often our clients are still in jail when the law says they are supposed to be filing for compensation, which makes no sense," Feldman said.

The NBC 6 Investigators found only four people have been compensated in Florida since the law passed in 2008. According to the National Registry of Exonerations, at least 30 people were cleared of convictions in the state during that period.

Under the 2008 statue, a person could be denied for any felony offense. Then, in 2017, lawmakers changed the statue to deny compensation to those with violent felonies or more than one.

But the NBC 6 Investigators found no one has been compensated since the change.

The Florida attorney general's office told us the last time an exoneree was compensated was in 2015 (a total of 11 exonerees have applied for compensation).

"Only a handful of people have gotten compensation through the law. It's not working in the way that it was meant to be. So we are trying to fix it," Feldman said adding Florida is the only state with this type of restrictions for those seeking compensation.

Sen. Rob Bradley, R-Fleming Island, has introduced a bill that would allow those with felonies before they were wrongfully convicted to apply for compensation. It will also extend the amount of time to file a claim, from 90 days to two years.

"It's important for the government to take responsibility. And be proactive and making sure that individual is compensated," Bradley said. "We should be removing barriers of compensation."

As for Myers, one thing is clear.

"There's not enough money to make my life right again or to make his (Clifford Williams) life right again," he said. "I lost all my family, my mother, my sister, my brother."

But getting some help is a start.

"My message is please help, the ones that need help are depending on you all," Myers said.

A bill, which could be voted on this upcoming legislative session, has been filed to compensate Clifford Williams. If passed, it could reward him over $2 million.