The killing of Hollywood Police Officer Yandy Chirino is the department's first line of duty death in nearly 13 years, and the first fatal shooting of an officer in the city since 1982.

Chirino, 28, was shot and killed late Sunday after responding to a suspicious incident. An 18-year-old suspect, Jason Banegas, is facing murder and other charges in Chirino's killing. 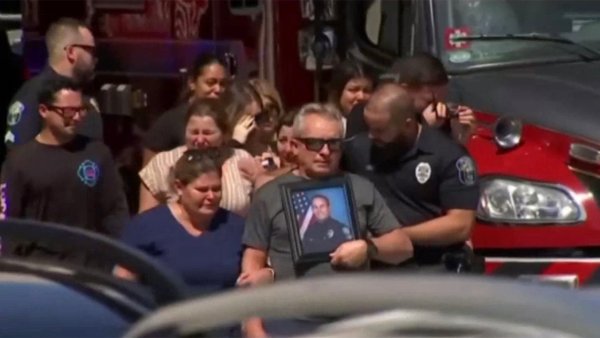 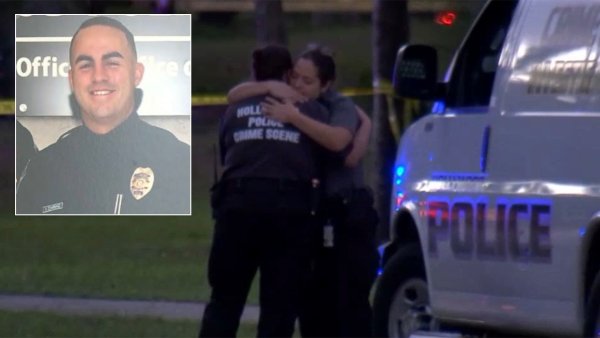 Hollywood Police Officer Shot and Killed During Altercation With Suspect

Chirino had been with the department since 2017 and had been named Officer of the Month in June 2020.

"He was a great officer and will leave a lasting impact on our community," O'Brien said. "Today, Officer Chirino will always be remembered for his selfless actions and his sacrifice to our community."

A community is in mourning after a young Hollywood police officer was killed while in the line of duty. NBC 6's Jamie Guirola was there when the suspect was transported to jail

Chirino is the first Hollywood officer to be killed in the line of duty since November 2008, when Officer Alex Del Rio was killed in a car crash.

Del Rio, 31, had joined the Hollywood Police Department as a part-time Community Service Aide in February of 1996. He was from Miami and had graduated from graduated from the MAST Academy High School.

The last Hollywood cop to be fatally shot in the line of duty was Officer Frankie Shivers, who died on Sept. 6, 1982.

Shivers was trying to help a woman who had been involved in a fiery car crash when the woman grabbed Shivers' pistol and shot her several times. The woman was killed in a police shootout.

Investigators said the woman had intentionally caused the crash in an attempt to kill herself.

Shivers was honored posthumously as Officer of the Year for 1982.

Including Chirino, Del Rio and Shivers, seven Hollywood officers have died in the line of duty since the department was formed in 1925.

The first was Officer Owen Coleman, who was only 23 years old when he was shot and killed while investigating a disturbance at a farmhouse on Jan. 25, 1926.

Few details are know about Coleman's killing, since all of the Hollywood Police Department's records were destroyed in the hurricane of 1926.

Another officer, Henry Minard, was shot and killed while responding to a robbery at Mayor's Jewelers in the Hollywood Mall on Nov. 18, 1972.

The suspects were captured in Massachusetts three days later.

Officers Byron Riley and Phillip Yourman were partners and had responded to a purse snatching when they started chasing the suspect. Their vehicle spun out of control on winding roads and struck a tree, killing both officers.