Jewish Americans and experts who track discrimination were dismayed by the presence of anti-Semitic symbols and sentiment seen during the Capitol riot, and see it as part of an ongoing, disturbing trend

As a mob of supporters of President Donald Trump stormed the Capitol last week clamoring to overturn the result of November's presidential election, photographs captured a man in the crowd wearing a shirt emblazoned with “Camp Auschwitz,” a reference to the Nazi concentration camp.

Two white nationalists known for racist and anti-Semitic rhetoric livestreamed to their online followers after breaking into the Capitol during the deadly insurrection. And video circulated on social media showed a man harassing an Israeli journalist who was trying to do a live report outside the building.

The presence of anti-Semitic symbols and sentiment at the Capitol riot raised alarms among Jewish Americans and experts who track discrimination and see it as part of an ongoing, disturbing trend. As the threat of further chaos lingers over Washington and state capitals ahead of President-elect Joe Biden’s inauguration, they called for more forceful rejection of the conspiracy- and falsehood-driven worldviews on display among the mob.

The insurrection was “not so much a tipping point” for anti-Semitism but rather “the latest explicit example of how (it) is part of what animates the narratives of extremists in this country,” said Oren Segal, vice president of the Anti-Defamation League’s Center on Extremism.

“People are going to have to ask themselves, were they clear enough in condemning the hatreds that coalesced on Jan. 6?” he added.

The pressure is on U.S. Secret Service, military and law enforcement agencies to secure President-elect Joe Biden’s presidential inauguration after last week's deadly riot at the U.S. Capitol. Security expert Charles Marino, the CEO of Sentinel Security Solutions, joined LX News to explain the multiple layers of security that will be put in place to ensure an uninterrupted transition of power.

On Tuesday, the Miller Center for Community Protection and Resilience at Rutgers University-New Brunswick and the Network Contagion Research Institute released a report that identified at least half a dozen neo-Nazi or white supremacist groups involved in the insurrection.

Anti-Semitic incidents in the U.S. hit a four-decade high in 2019, according to the ADL's internal tracking.

Although some high-profile recent anti-Semitic attacks were not linked to far-right groups — such as the 2019 assault on a New York rabbi's Hanukkah party — several others were, most prominently the deadly 2017 white nationalist rally in Charlottesville, Virginia. Three-quarters of extremist-related murders in the U.S. over the past 10 years were committed by right-wing extremists, Segal said, citing ADL data.

Eric Ward, executive director of the progressive anti-discrimination group Western States Center, linked the far-right conspiracy theory QAnon, adherents of which were at the forefront of the insurrection, to the Protocols of the Elders of Zion, the infamous 20th-century screed that falsely claimed Jews were colluding to take over the world. 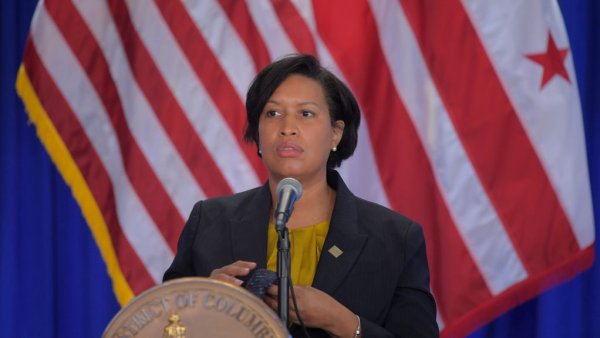 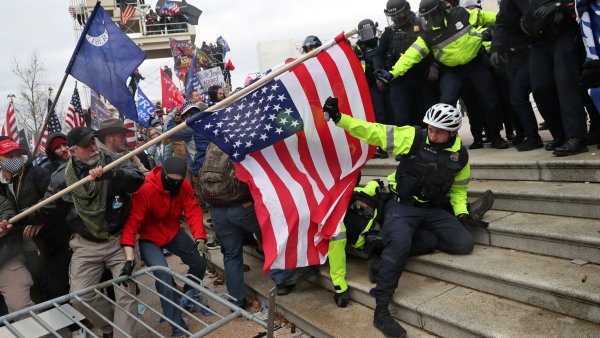 QAnon's unfounded assertion of a shadowy cabal “mirrors exactly the anti-Semitic track, the false narrative, of the Protocols of the Elders of Zion,” Ward said. “That is the real danger of the anti-Semitism in this moment.” QAnon believers also allege a false conspiracy to harm children, paralleling another anti-Semitic trope, he noted.

Despite anti-Semitic elements, at least one Jewish participant was drawn to take part in the assault on the Capitol: Federal agents on Tuesday arrested Aaron Mostofsky, the son of a New York judge, who was part of the crowd that broke in. Mostofsky, who was seen sitting in the building clad in furs and a police vest, told the New York Post he believed the baseless claim that the election was stolen from Trump.

Ward called Mostofsky’s involvement a sign of the patchwork nature of the far-right coalition and noted broadly that “authoritarianism and anti-democratic tendencies are not merely the terrain of white people.”

While law enforcement is targeting the rioters who attacked the U.S. Capitol for arrest, others are asking for accountability for those who incited them, including some Republican lawmakers in the U.S. House and Senate. K. Sabeel Rahman, an Associate Professor of Law at Brooklyn Law School, stopped by LX News to explain how the 14th Amendment can be used to punish elected lawmakers for any encouragement they may have given to the violence on Jan. 6.

David Harris, CEO of the American Jewish Committee, said not everyone who came to the Trump-promoted rally that preceded the assault on Congress was “stoked” by extremist and hate-fueled ideologies.

But he urged those people to ask themselves, “’Who am I enabling, however unintentionally, and how do I channel my own protest without being coopted by the lunatic fringe?’”

During the rise of Nazism, Harris added, “it was the soft-core group, not the hard-core group, that allowed itself to be co-opted.”

Segal of ADL agreed: “One of the dangers of anti-Semitism and extremism is it wraps people up,” he said, “and takes them into situations that now have serious consequences.”

Many Jewish Americans were dismayed by what they saw broadcast from the Capitol halls, such as one rioter strolling through its halls carrying a Confederate flag.

Rabbi Jay Kornsgold of Beth El Synagogue in New Jersey, who serves as treasurer for the Rabbinical Assembly, said his Holocaust-survivor parents taught their children they should do everything possible to make sure discrimination against Jews doesn’t return to the fore.

“When you see it in the nation’s capital, right in front of your face, it pierces the heart,” Kornsgold said.

In the wake of the insurrection, which left five people dead including a Capitol Police officer, two online stores that had permitted the creation and sale of “Camp Auschwitz” shirts removed them from their sites.

Looking ahead, Harris of AJC urged Jewish leaders to do their part in combatting the rise of QAnon.

“It seems to me even as a matter of education, Jewish organizations and Jewish clergy have a responsibility to alert members of the Jewish community to the menace of QAnon and its ilk,” he said.