Arbery Death Trial Dominated by Race Before It Even Begins

The trial hasn’t even started and yet issues of race are dominating the case in which three white men are charged with murder for chasing and killing Ahmaud Arbery.

The 25-year-old Black man's slaying has become part of the broader reckoning on racial injustice in the U.S. legal system. Greg and Travis McMichael, a father and son, and their neighbor William “Roddie” Bryan weren’t charged for more than two months until a cellphone video of the shooting leaked online.

And Arbery’s family and their supporters had their faith rattled after 2 1/2 weeks of jury selection ended Wednesday with the judge agreeing to seat a panel of 11 whites and one Black man.

“It’s probably clearer than before that race is going to be at the forefront of this case and will probably even play a big role in jury deliberations” at the end of the trial, said Page Pate, a Georgia criminal defense attorney who isn’t involved in the case.

Superior Court Judge Timothy Walmsley plans to have the jury sworn in Friday to hear opening statements from lawyers on both sides. He intends to seat 15 total panelists: a main jury of 12 plus three alternates.

The total number shrank by one Thursday when the judge dismissed a juror from the main panel, a white woman, citing medical reasons. The race of the alternate juror who replaced her was not known. The judge has not given the races of the alternate jurors, and they weren’t asked their race in court during jury selection.

The judge had said that he agreed with prosecutors that the exclusion of other Black potential jurors appeared to be “intentional discrimination.” He also said Georgia law limited his authority to intervene after defense attorneys stated nonracial reasons for cutting those jurors. 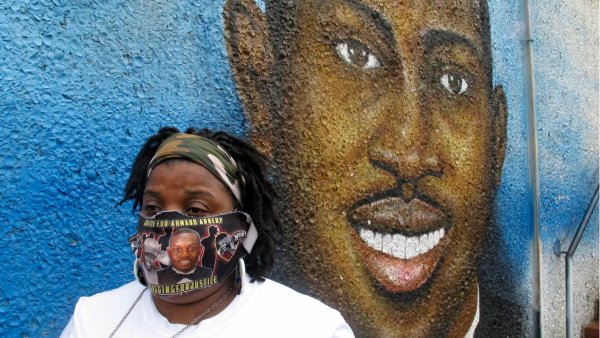 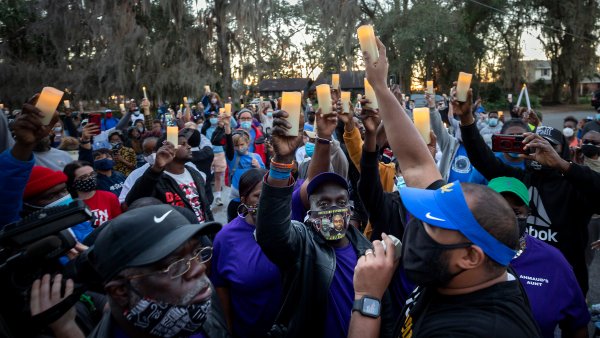 No ‘Blank Slate' Jurors in County Shaken by Arbery Slaying

The judge said the group of 48 used to narrow down the final jury had included 12 potential jurors who were Black. Prosecutors were allowed to strike a dozen people from the jury pool and defense lawyers got to cut 24, for virtually any reason save for one exception. The U.S. Supreme Court has held it’s unconstitutional to exclude potential jurors based solely on race or ethnicity.

“It’s outrageous that Black jurors were intentionally excluded to create such an imbalanced jury,” Ben Crump, an attorney for Arbery’s father, Marcus Arbery Sr., said in a statement Thursday.

"It's just another injustice that we face daily," she said on MSNBC, adding that she remains hopeful jurors will be open-minded.

Black potential jurors seemed to face greater scrutiny than whites as they were questioned by lawyers during jury selection, and the resulting jury likely favors the defense, said Pate, who practices in Atlanta and Brunswick.

“I’m not saying it’s intentionally discriminatory, or if it was just the dynamic of this case, but it was a lot harder to get on this jury if you were Black than if you were white,” Pate said.

Many expressed strong opinions about Arbery’s killing and their beliefs that race played a role. Some knew Arbery or other members of his family. Defense attorneys cited those reasons for striking Black people from the jury pool.

The McMichaels armed themselves and pursued Arbery after spotting him running in their neighborhood. Bryan joined the chase and took cellphone video of Travis McMichael shooting Arbery three times with a shotgun.

Defense attorneys say the men committed no crimes. They say Arbery had been recorded by security cameras inside a nearby house under construction and they suspected him of stealing. Greg McMichael told police his son opened fire in self-defense after Arbery attacked with his fists and grappled for Travis McMichael’s shotgun.

Warning: this clip contains video of the encounter that killed Ahmaud Arbery. Attorneys in the trial of Travis McMichael, Gregory McMichael and William Bryan will have to ask whether jurors have already seen the viral video of the men fighting Arbery before he was killed. Ronald Carlson, law professor at the University of Georgia, says people who have seen the viral video will not be permitted to be jurors.

Most of the jurors among the final 16 had previously told attorneys that they had seen the video, and many had read news stories about the case. All said they could keep an open mind during the trial.

“I don’t think the video is the whole story,” said one juror, a woman who works in retail and said she didn’t know enough to form an opinion about the case.

Another juror, a retired government employee, described a conversation about the shooting with her husband as being “probably something that was like, `That’s too bad that happened.’”

Other jurors expressed stronger reactions to Arbery’s death. One young woman called the cellphone video of the shooting “obscene,” saying: “there’s no reason someone should ever have to see someone else die.”

An Air Force veteran who made the final jury panel said it was his impression that Greg McMichael was “stalking” Arbery. Another juror, a woman who works with volunteers, told lawyers she was somewhat “fearful” of the defendants, adding: “They’re driving around with a gun!”

A railroad worker on the jury said he could fairly consider whether Travis McMichael shot Arbery in self-defense, though he also noted Arbery was unarmed.

“He didn’t have no gun or nothing and he was by himself,” the juror said of Arbery. “It was three persons who attacked one and no gun.”