Biden announced he is tightening regulations for buyers of “ghost guns”

President Joe Biden put on a modest White House ceremony Thursday to announce a half-dozen executive actions to combat what he called an “epidemic and an international embarrassment” of gun violence in America.

But he said much more is needed. And while Biden had proposed the most ambitious gun-control agenda of any modern presidential candidate, his moves underscored his limited power to act alone on guns with difficult politics impeding legislative action on Capitol Hill.

Biden’s new steps include a move to crack down on “ghost guns,” homemade firearms that lack serial numbers used to trace them and are often purchased without a background check. He's also moving to tighten regulations on pistol-stabilizing braces like the one used in Boulder, Colorado, in a shooting last month that left 10 dead.

The president's actions delivered on a pledge he made last month to take what he termed immediate “common-sense steps” to address gun violence, after a series of mass shootings drew renewed attention to the issue. His announcement came the day after yet another episode, this one in South Carolina, where five people were killed.

But his orders stop well short of some of his biggest campaign-trail proposals, including his promise to ban the importation of assault weapons, his embrace of a voluntary gun buyback program and a pledge to provide resources for the Justice Department and FBI to better enforce the nation’s current gun laws and track firearms.

And while gun control advocates lauded Thursday's moves as a strong first step in combating gun violence, they, too, acknowledged that action from lawmakers on Capitol Hill is needed to make lasting change.

“Some of the other big-ticket items are legislative,” said Josh Horowitz, executive director of the Coalition to Stop Gun Violence. “And that’s going to be very difficult.”

Biden mentioned a formidable list of priorities he’d like to see Congress tackle, including passing the Violence Against Women Act, eliminating lawsuit exemptions for gun manufacturers and banning assault weapons and high-capacity magazines. He also called on the Senate to take up House-passed measures to close background check loopholes.

But with an evenly-divided Senate — and any gun control legislation requiring 60 votes to pass — Democrats would have to keep every member of their narrow majority on board while somehow adding 10 Republicans.

Horowitz said “it’s hard to think" who those Republicans would be, and though that doesn't mean it's impossible to move on gun control “we’re going to have to change some of the people who are in the Senate.”

Gun control advocates say the National Rifle Association’s legal and financial issues have greatly weakened the once mighty pro-gun lobby and helped turn the public tide in favor of some restrictions on gun ownership. They say a shift in public perception will eventually trickle down to Republicans on Capitol Hill.

But so far that hasn’t materialized in votes. The House passed two bills in March largely along party lines that would expand and strengthen background checks for gun sales and transfers, a move that has broad public support. But most Republicans argue that strengthened checks could take guns away from law-abiding gun owners.

In the wake of a pair of high-profile mass shootings in Atlanta and Boulder, Colorado, a previously planned Senate hearing on gun violence takes on new urgency today. Democrats who now control the House and Senate are hoping to take action, but know they may not have the numbers.

A small, bipartisan group of senators is trying to find compromise based on a 2013 deal that would have expanded background checks to gun shows and internet sales but was rejected then by five votes. Democratic Sen. Chris Murphy of Connecticut said at a rally in his state last week that he is talking to his colleagues every day to come a deal, and that he believes the public is more supportive than ever of changes.

Murphy acknowledged last weekend on NBC’s “Meet the Press” that the background check bill that passed the House isn’t likely to succeed in the Senate, but he suggested a more narrowly tailored bill might, and said he was working to build on that legislation to win over Republican support.

“You are going to have to make some reasonable accommodations if you want 10 Republican votes. And I am already talking to Republicans who are not unwilling to sit down at the table,” he said.

Even some of the limited moves Biden took Thursday had already been making their way through the bureaucracy.

The federal government has been working on a proposed rule that would change the definition of a firearm to include lower receivers, the essential piece of a semiautomatic rifle, in an effort to combat the proliferation of “ghost guns” and stave off losing court battles on the issue. 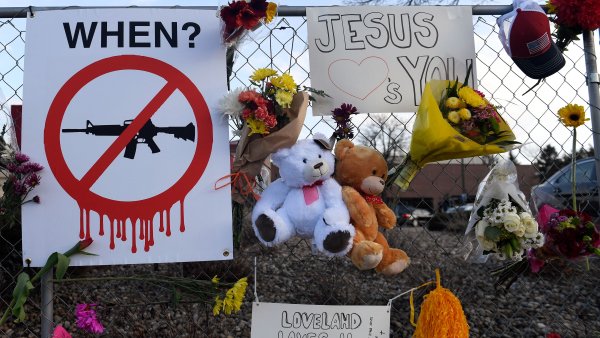 Did the Pandemic Slow Mass Shootings? Depends on the Definition 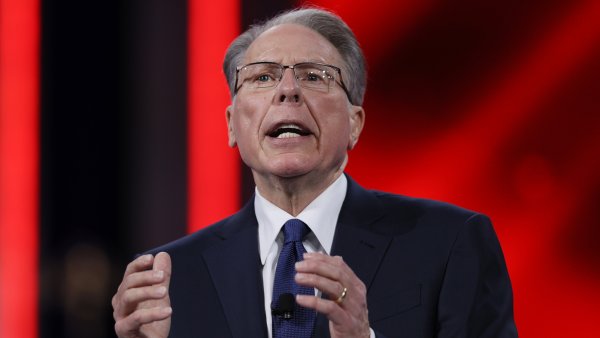 The process started in the waning months of the Trump administration, according to four people familiar with the matter. Justice Department leaders and officials at the Bureau of Alcohol, Tobacco, Firearms and Explosives had been working on language for a proposed rule since at least summer 2020, they said.

The proposal had gone through several layers of review by agency attorneys by last fall, and ATF officials have met with gun manufacturers and others to discuss the possibility of expanding the definition of a firearm, the people said.

They could not publicly discuss the details of the process and spoke to The Associated Press on condition of anonymity.

While Biden said the moves he took Thursday were just the beginning of his administration's actions on guns, it's not known what further steps he'll be willing — or able — to take.

With Biden already focused on passing his $2.3 trillion infrastructure package, after delivering a massive COVID-19 relief bill, it’s unclear how much political capital he has to spend to get any gun-control bills across the finish line. Asked last month if he felt he had the political sway to pass new gun laws, Biden told reporters: “I don’t know. I haven’t done any counting yet.”

Some activists, while they praised Biden for his executive actions Thursday, said they wanted to see him more actively involved in the fight on Capitol Hill.

Volsky said his group would like to see Biden lay out a comprehensive package of reforms focused on gun violence, similar to what the administration has done on immigration. And he said Biden “could do more in using the presidential bully pulpit” to communicate with the public about the need for gun control measures and to pressure Congress to act.

“As he pointed out on the campaign trail, repeatedly, there’s no time to wait to act on this issue. So my view is that this should be a priority for him,” Volsky said.